Glass Bottom Games announced that SkateBIRD will land a kickflip and be released for Nintendo Switch, Xbox consoles, PC, and Amazon Luna on August 12. This unique skating sim will allow you to land skateboarding tricks… as a bird! Complete with a lo-fi soundtrack and some innovative gameplay, this is one bird that’s the word.

SkateBIRD, the avian action sports game from Glass Bottom Games, comes in for a landing on Thursday, Aug. 12, 2021 for Nintendo Switch, Xbox One, Xbox Series X|S via backwards compatibility, PC via Steam and Itch.io, Amazon Luna, and Xbox Game Pass.

Drop into micro skateparks that turn everyday objects into bird-sized obstacles. Wrap a talon around intuitive, accessible controls that make linking together free-flowing lines a breeze. Grind, flip, and spin through stages while completing challenges to unlock fancy new gear, fresh fits, and secret mixtapes jammed with lo-fi beats for the birb boarders to chill and skate to.

In SkateBIRD, pulling off tricks is nice, but doing your best is really all that matters. Tackle five levels flush with trickable materials and DIY parks. Boardslide down staplers, 360 flip off a repurposed eraser kicker ramp, and carve perfect bowls—just watch out for leftover cereal! 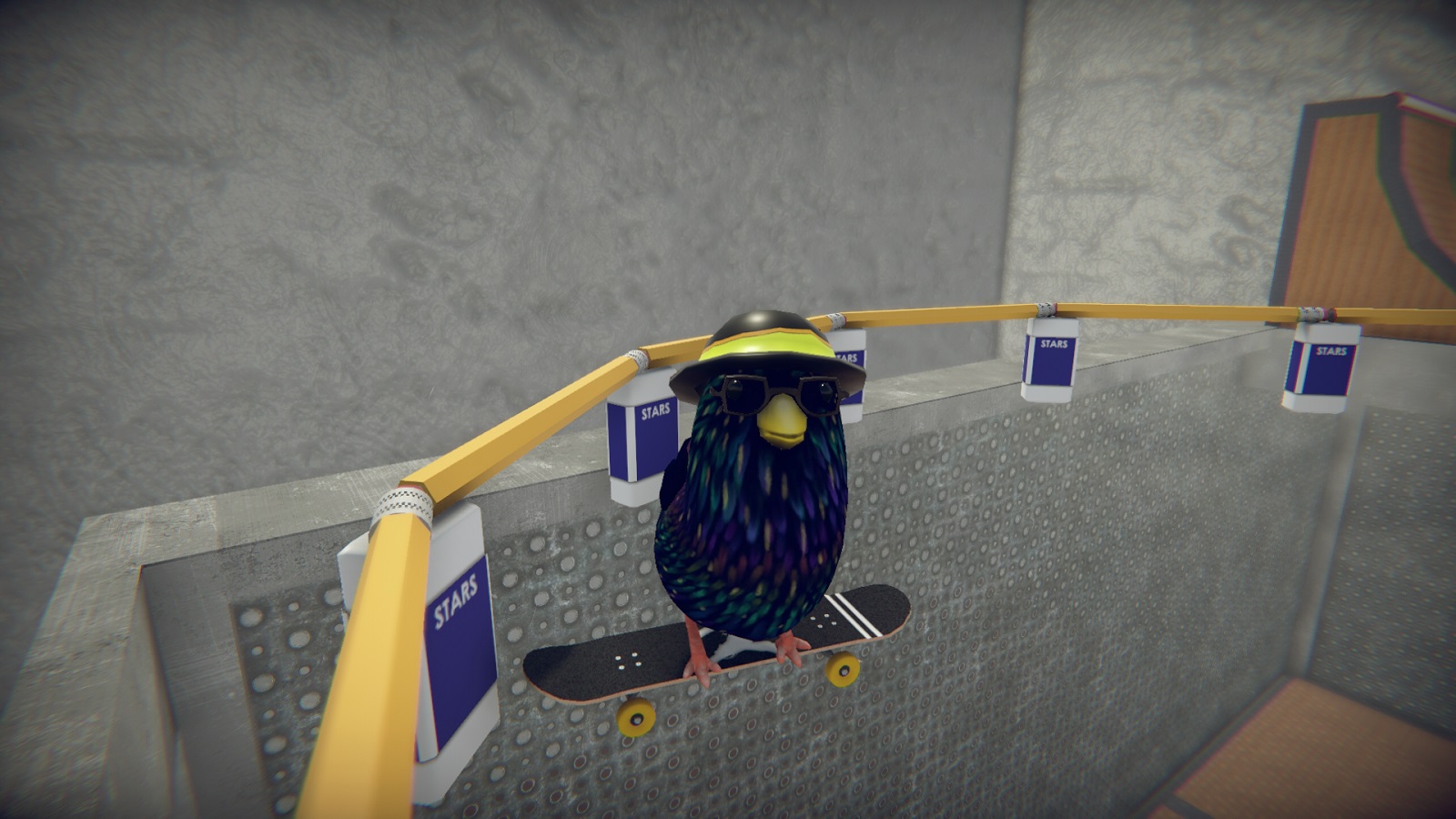 Rack up high scores that are nothing to crow at. Complete missions to progress through stages ranging from your Big Friend’s bedroom to a scenic rooftop and a sick server room prime for top-secret sessions. Or free skate through the world at a leisurely pace. Grow your flock and wow them with fluttering flicks, owlsome combos, and impeckable tricks.

Choose from more than 30 species of birds and kit them out with wild wardrobes. Don a cowboy hat or a fez while shredding around your Big Friend’s office, or keep it mellow and strap a backpack on for a quick session in the bedroom. Become the world’s first tiny hawk to pull off a backside 540 or see if a pygmy parrot can nosestall on a magazine halfpipe. Like the relaxed control scheme, SkateBIRD’s customization options are all about self expression.

“SkateBIRD is a game about doing your best,” said Megan Fox, founder, Glass Bottom Games. “Since launching the SkateBIRD Kickstarter in 2019, we’ve worked to make the best game about skateboarding birds that the world has ever seen. We can’t wait to share it with everyone this August.”