Today, 13AM Games announced that it will release its newest Kaiju action game Dawn of the Monsters next year, with public footage coming out on Friday during this year’s G-Fest XXVI. The largest Kaiju convention in the world, G-Fest will also include a panel for the game which includes Alex Rushdy, CEO of 13AM Games.

Dawn of the Monsters is a couch co-op, brawling action game that takes up to four players on a worldwide tour of destruction. Players take on roles from an all new cast of kaiju and are tasked with defeating the “Nephilim”, a horde of monsters that are destroying the planet. Conquer four unique worlds and unlock The Maw, an endless onslaught of kaiju brawls. Featuring beautiful 2.5D graphics inspired by the works of Mike Mignola, combat inspired by classics from the action and fighting game genres, and fully destructible environments, couch co-op in Dawn of the Monsters is bigger and badder than ever before. 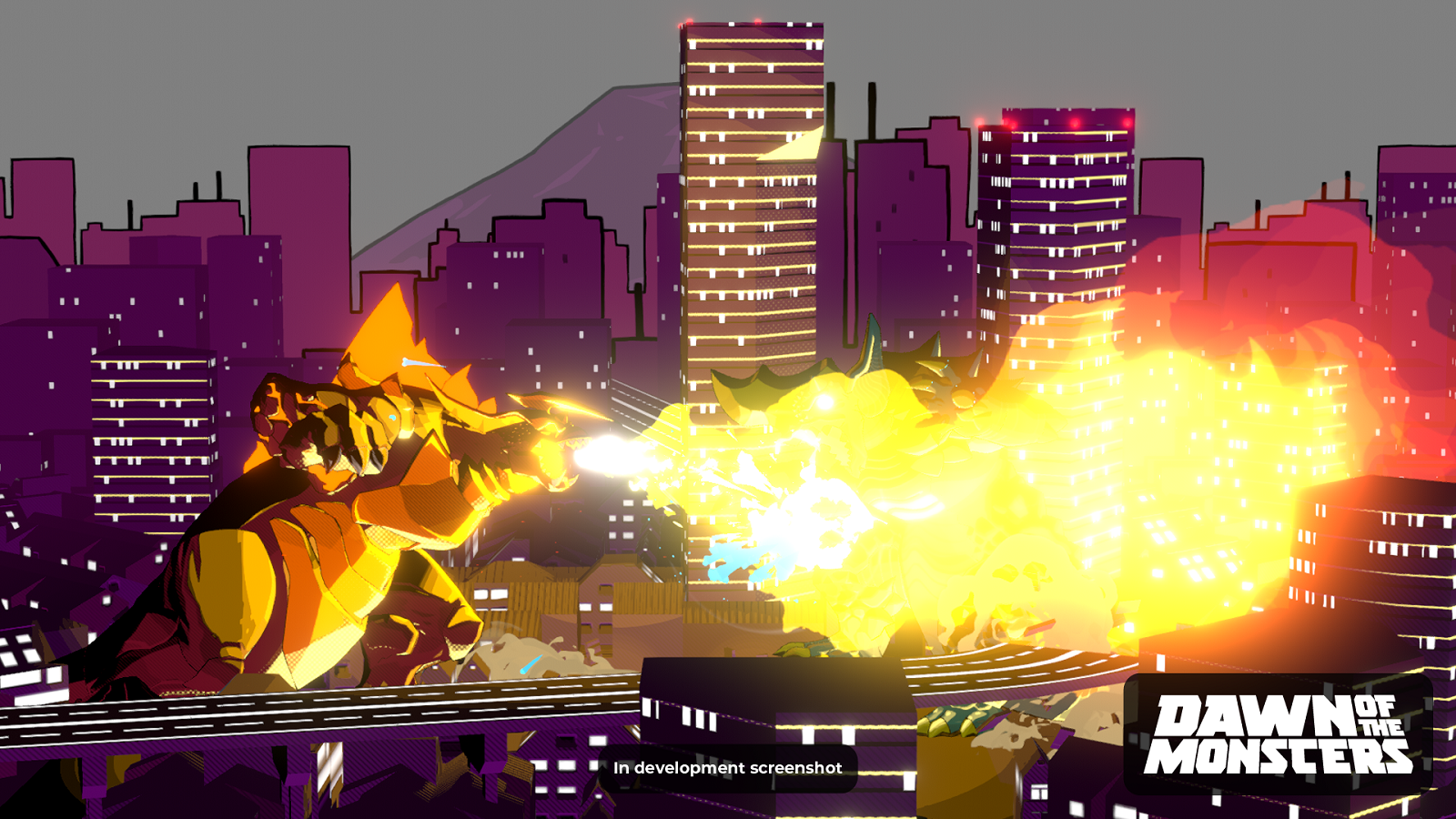 G-Fest will also feature a Dawn of the Monsters panel led by Creative Director and CEO of 13AM Games, Alex Rushdy. Alex is a longtime kaiju fanatic, and will be partnering his toy company, Seismic, LLC with 13AM Games to produce soft vinyl figures of one of the game’s headlining kaiju, Megadon. Attendees of G-Fest can visit the Seismic booth to complete a kaiju-themed survey for the chance to win a figure.

The game is currently expected to release in 2020. Platforms will be announced at a later date.