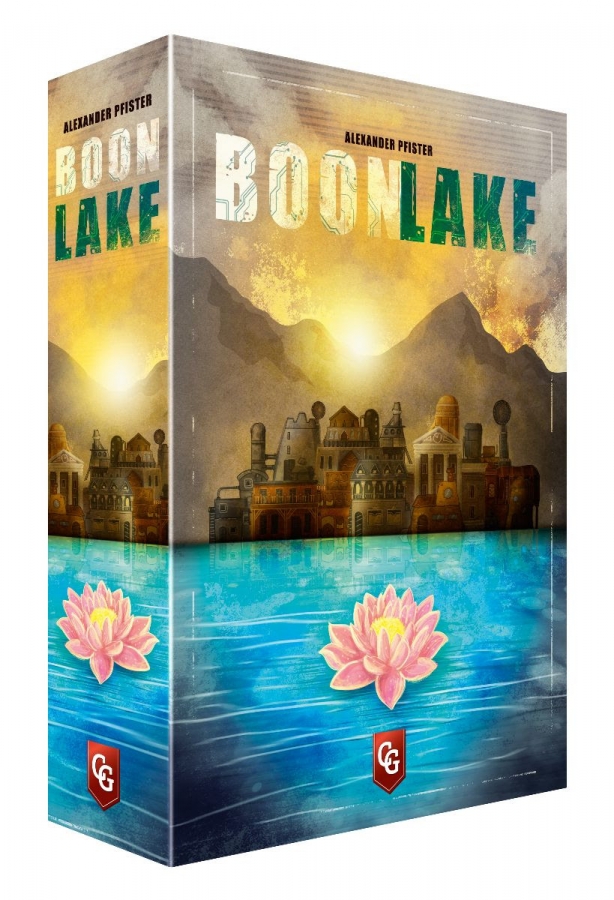 The next game from Alexander Pfister is Boonlake, a competitive 1-4 player game that sees you making decisions to better your life and the settlement’s life.

– Explore the landscape, build houses and settlements, raise cattle, and develop an infrastructure!
– Consider your actions, because your opponents will also benefit from the action you choose! The action then determines how far you can move your ship along Boonlake!

An amazing gaming experience awaits you in Boonlake! 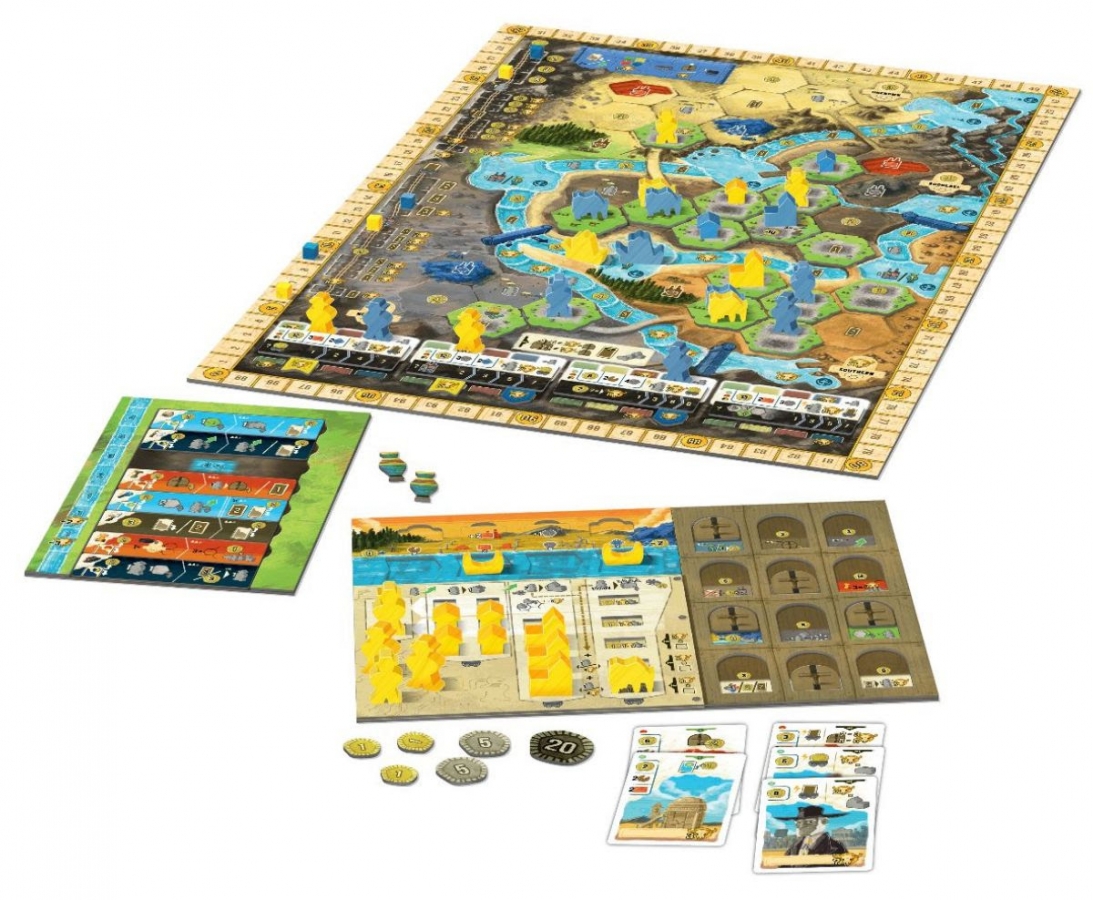 With a group of pioneers, you have left civilization behind to settle along the shores of Boonlake, a long-forgotten region inhabited by humans long ago. This unexplored area beckons you! Become part of a new community and commit yourself to the common good. Explore the landscapes, build houses and settlements, raise cattle, produce raw materials, and develop your infrastructure. Do your best to automate these processes. Seize the opportunity to make the best of your new life in Boonlake.

Boonlake is an expert game by Alexander Pfister where you are finding yourself improving your life, and your group’s life in this new territory…but how you accomplish this is completely up to you! Introducing a novel action mechanism, each game progresses differently. Will you focus on expansion? Or maybe you contribute to creating an infrastructure? Or possibly pursue your own agenda? Carefully consider what you choose, as each action benefits everybody else… 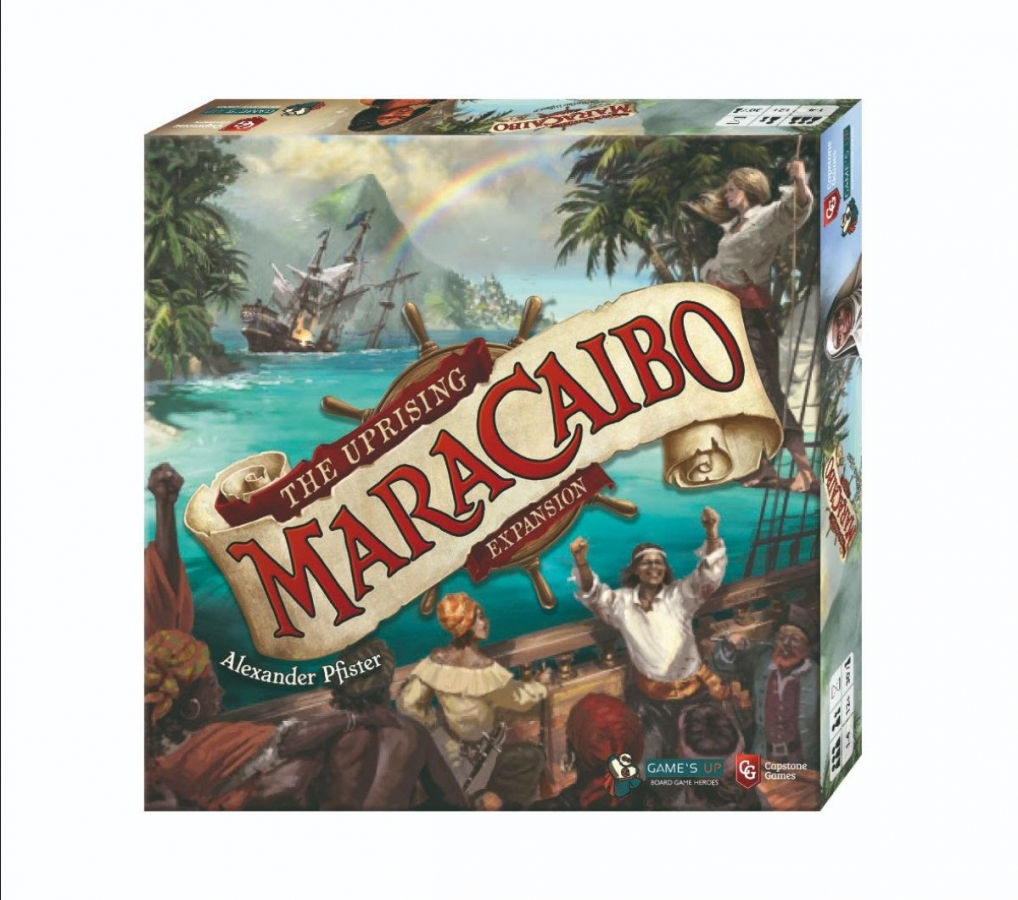 – Includes a new campaign and 4 new scenarios!
– New Co-Op and solo modes!
– Rescue Freedom Fighter, Luysa, support the uprising, drive out the European nations, and play against Jacques or Jean in a solo scenario! 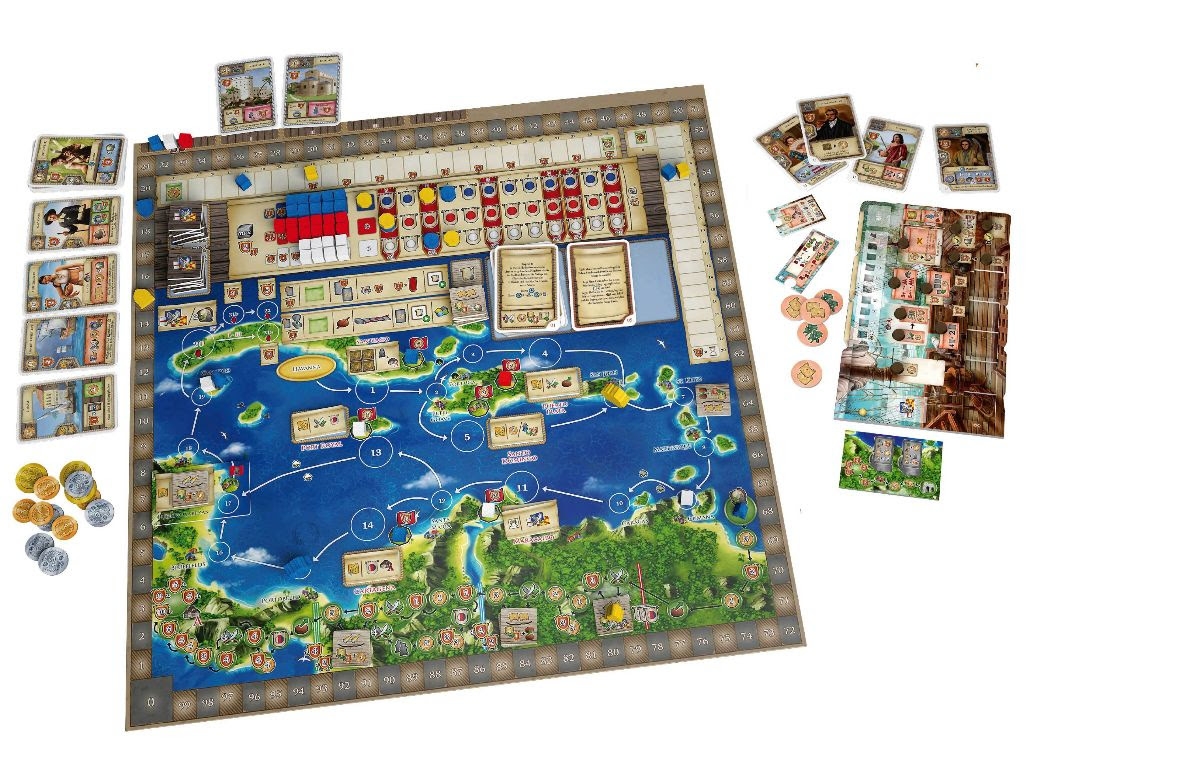 You stand at the rail and gaze at the horizon, where a tired sun sinks beneath the waves. Your navigator‘s course was true – the island you hope to reach by nightfall comes into view dead ahead.

A little while later, after heaving the anchor overboard, you carefully row the longboat to shore. Eerie animal noises ring out from the dark and foreboding jungle – not exactly an inviting spot, but a perfect hiding place.

The wooden crate in the thicket looks untouched. You open the massive metal lock with your key, revealing the treasures within – treasures you‘ve secreted here over time. Tomorrow, you will bring a few of them on board to sell in the next city.

The next day, after having disposed of the goods, you are relaxing in a local tavern after a good meal when you hear yells and shouts from outside. Some sort of commotion has broken out. Investigating, you see that dozens of slaves and Indigenous peoples have risen up against the European oppressors, taking up arms and talking freedom. Now comes a choice: sail away and pretend you saw nothing … or enter the fray and help bring an end to the injustice?

Storms are brewing … where will your sails take you?

The first big expansion of Maracaibo features several modules and scenarios, e.g. pushing the predominant nations out of the Caribbean (in competitive or cooperative mode). Other elements are asymmetrical player abilities, new optional stories and legacy tiles as well as new project cards. Solo fans will encounter a new rival, Jacque!

Stay tuned to Gaming Trend for more information on both Boonlake and Maracaibo: Uprising as it is released!