The only constants in this world are death, taxes, and updates to live service video games. Apex Legends gets its tenth seasonal update today, and it is shaping up to be a big one. Apex Legends: Emergence brings a new legend, a new weapon, map reworks to World’s Edge, and a ton of balancing changes.

Passive – Heart Seeker
Visualize and hear the heartbeats of nearby enemies when aiming down sights to get a clue to their location. Seer is able to “ADS” even while not holding a weapon.

Tactical – Focus of Attention
Summon microdrones to emit a focused, delayed blast that goes through walls, revealing enemies (and their health bars!), plus interrupting their actions.

Ultimate – Exhibit
Create a sphere of microdrones that reveal the footsteps of enemies moving quickly or firing their weapons within.

Seer is a recon legend, ,joining the likes of Valkyrie, Bloodhound, Crypto and Pathfinder in the class, and from the sound of his abilities he will be a strong pick at launch. His passive essentially gives him the ability to spot enemies behind walls, so it will be interesting to see how aggressive this allows for his team to be.

After months of aggressive mining by the Harvester on World’s Edge, the land is overmined, overburdened, and pushed to its limit. The earth has fractured and erupted as nature is reclaiming what’s hers. Hammond is scrambling to contain the damage they’ve caused using weather-controlling machines: the Climatizer rapidly cools the surrounding area to subzero temperatures, and a Lava Siphon stabilizes the caldera.Fight for control of the always-moving gondolas in Climatizer and Lava Siphon, traverse the bubbling hot lava with caution, and show everyone what Legends are made of!

Read more on the map changes in this blog post.

The map changes will also change the lighting of World’s Edge back to the blue hues of Season 3, a shift away from the orange lighting that has dominated the map since Season 4. 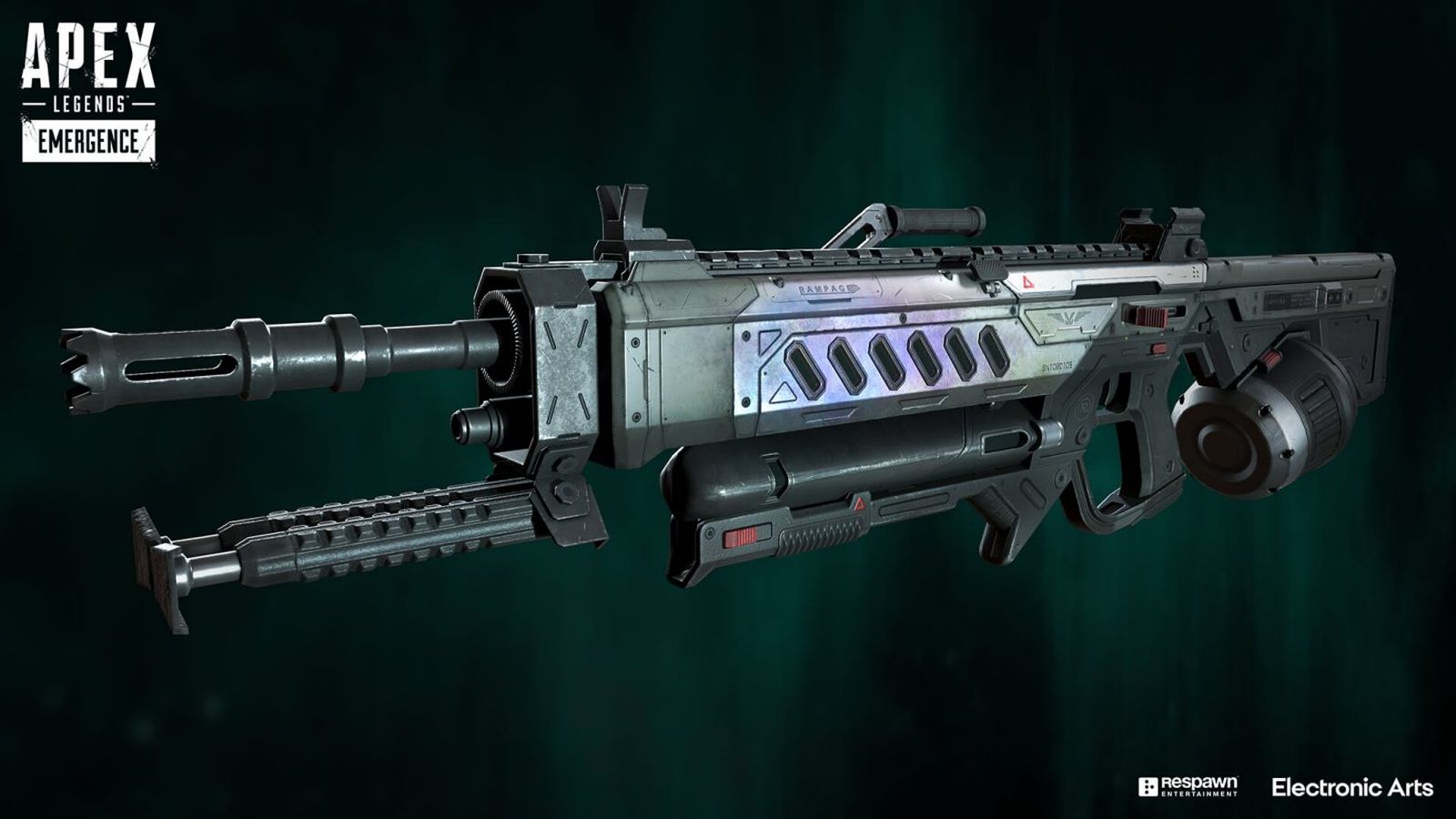 Rampart’s latest creation, the Rampage LMG, blasts onto the scene and has absolutely no chill. This high-powered heavy ammo LMG takes its time but packs one hell of a punch. The Rampage excels at mid-range combat but struggles up close with a slower fire rate. Not one for just accepting weakness, Rampart managed to modify the Rampage’s internal combustion mechanism with, what else? Thermite! Loading a thermite grenade into the Rampage’s special chamber overclocks the fire rate and lets Legends go on a, well… rampage!

These changes do not do much to cut down on the dominance of the Octane/Revenant combo, and coupled with Seer this combo may be even stronger. Still, there is a lot here to shake up the current meta, so it will be interesting to see how the changes take form once players get their hands on the new update.