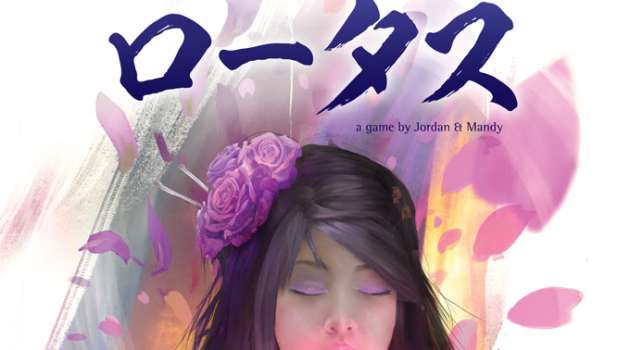 If you ever wanted to get a card game that attracts people for it’s looks, then Lotus is definitely the way to go.  The way the cards create flowers gives the game a truly unique look.  It is truly a sight to see.  Because of the theme, it’s not surprising the Renegade Game Studios has announced a Japanese version.

Renegade Game Studios™, the premier publisher of original games has partnered with Hobby Japan, a leading Japanese publishing company, to release a localized version of the smash hit, Lotus.

With the english version sold out well before the September 28th release, a second english printing has been ordered and is expected to arrive in October. Many other localization projects are also in the works for 2017.

Clear your head and take in the quiet strength of the Lotus garden. It takes skillful care and nurturing to grow these flowers to their full potential, but once picked, they provide their owner with wisdom. Beware, for there are others who will do anything they can to get their hands on these mystical flowers. You’ll need to enlist the help of creatures native to this land to take control of the Lotus garden and achieve true enlightenment.

“We are thrilled to be working with Hobby Japan to bring Lotus to a new audience.”  says Renegade President Scott Gaeta.  “With the incredible success we have already seen in the US, we are sure that it will be a family favorite in Japan as well.”

Look for Lotus in the US starting today with an MSRP of $30. The Japanese version will be released by the end of 2017. Lotus takes about 30 minutes to play and is for 2-4 players ages 8+.

You can visit: www.renegadegames.com for more information about our games and the designers we work with.

If you haven’t seen it, be sure to check out the web site to see how spectacular it looks.  With the English version being sold out already, it’s promising that a second print will be available already in October.