Today, Triple Scale Games announced that it will release its couch-multiplayer game Save Your Nuts on Xbox One, Nintendo Switch, and PC on April 16. During this date, the game will leave Early Access on Steam, though interested players can check out a free demo right now featuring solo and local multiplayer modes.

Save Your Nuts is an accessible and also competitive multiplayer game inspired by the classic struggle of suburban pets and local critters like dogs, squirrels, raccoons, beavers, wolves, and armadillos! Players will pick their favorite varmint and chase, catch, throw, and tackle their way to securing the elusive acorns.  Each character has different abilities such as speed, strength, jump and other special moves, making its selection a strategic choice before diving in the arena. 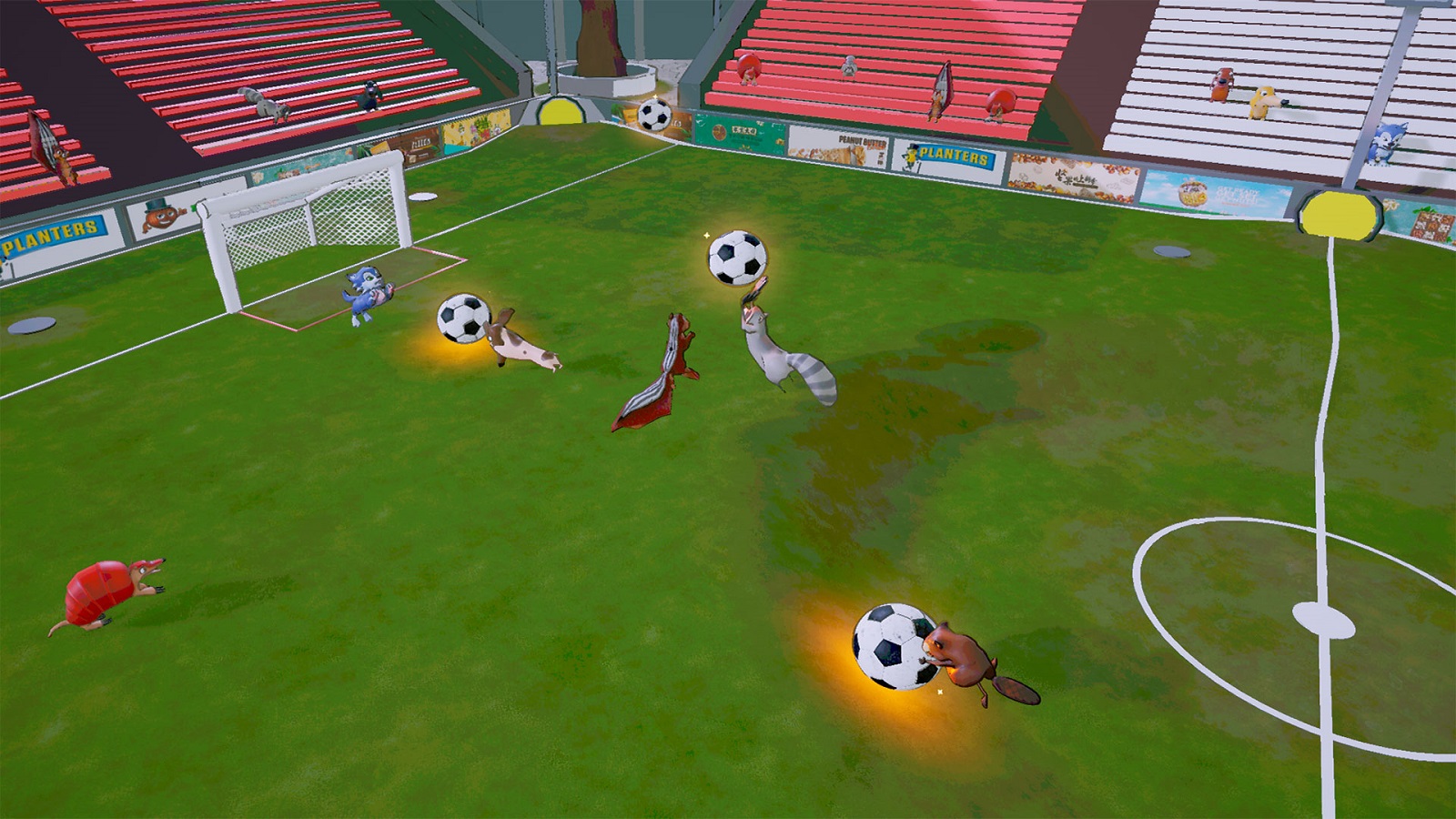 The game features three different modes; Capture the Nut, where an acorn is dropped and teams fight to score it, Thieves, fight to steal multiple enemy’s nuts while protecting your own team’s, and Battle, a constant fight to be the last animal with their nuts intact. Each of these modes is playable across 10 different arenas ranging from backyards and parks to castles, ships, and even outer space! These maps are filled with unique hazards and power-ups that help players turn the tide of battle. Up to 8 players can compete locally, online or against a challenging AI to be the greatest nut defender the neighborhood has ever seen!