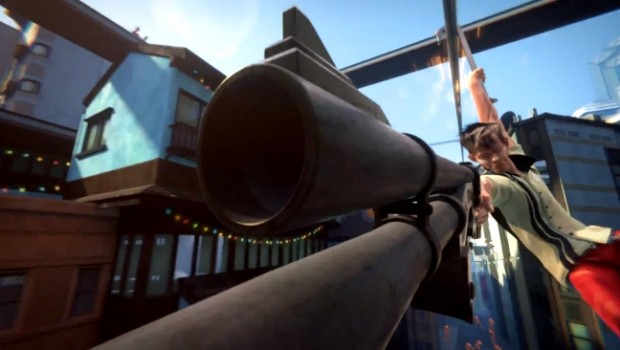 Insomniac has revealed a new look at its upcoming Xbox One exclusive Sunset Overdrive at Microsoft’s E3 conference today.

Insomniac founder Ted Price presented a demo for the conference’s audience, and then talked about the game’s cooperative mode called Chaos Squad. Chaos Squad will be playable with up to 8 players and will have its own dedicated servers.

After the demo ended, Price confirmed that Sunset Overdrive will be available on October 28th.

Sunset Overdrive was revealed at Microsoft’s E3 press conference last year. Since the game’s initial reveal, Insomniac has shown off the game and released details on the game’s characters and world.

Insomniac is best known for its work on PlayStation exclusives Ratchet & Clank, Resistance and the original Spyro the Dragon games for the original PlayStation. Sunset Overdrive marks the studio’s first Xbox exclusive title. Insomniac’s decision to exclusively release the game on Xbox One reportedly stemmed from the company’s desire to own the IP.