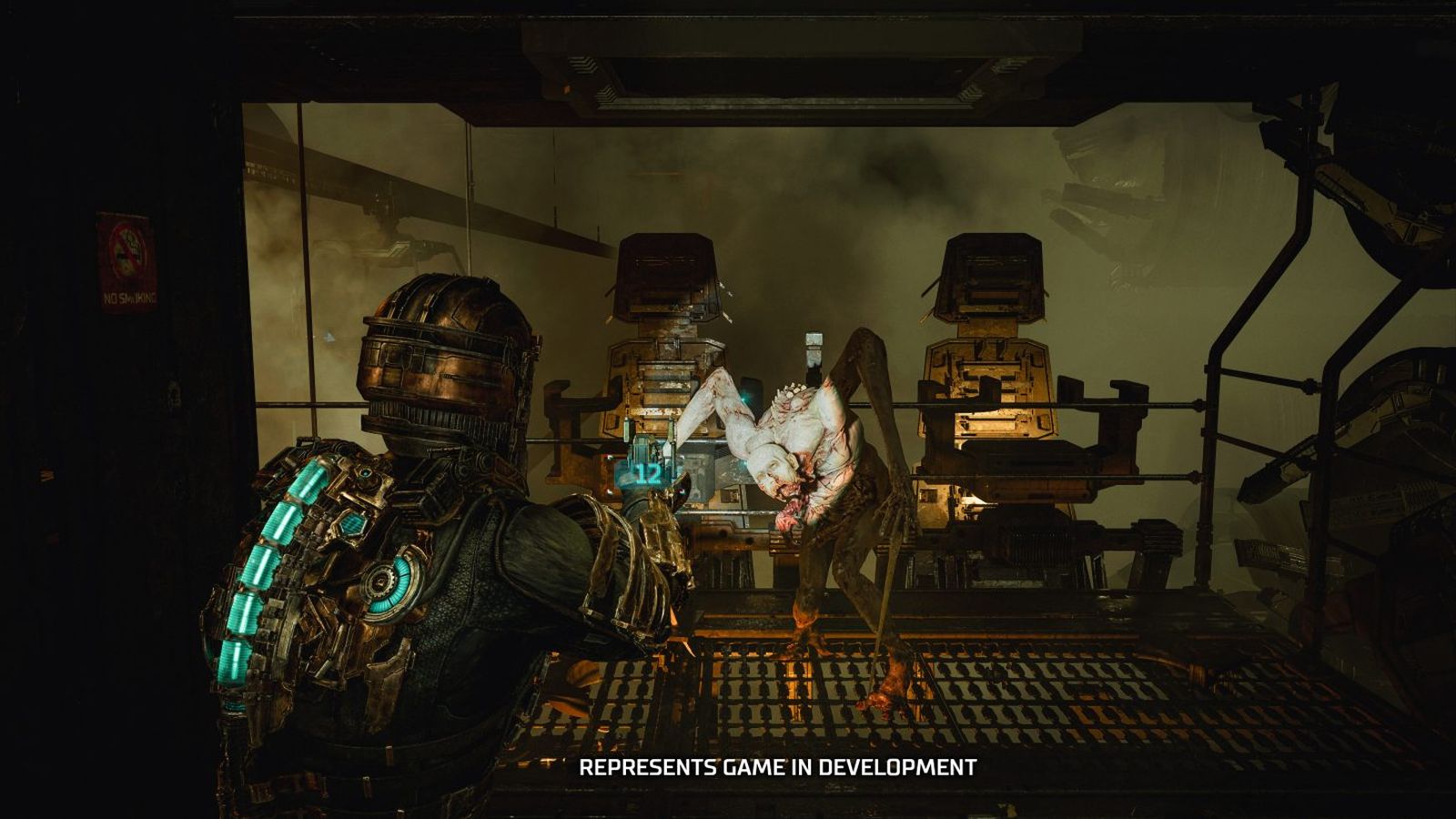 The fourth entry in the Dead Space dev’s blog is now out and focuses on The Intensity Director – the mechanism by which the Dead Space remake will determine the level of stress and tension throughout the game, ensuring that players constantly teeter on the edge of their seats. You can read about this unique system on the original blog post or below:

What makes something scary? It can be the unknown, or a known threat; pure uncertainty, or the certainty of inevitable disaster. For Dead Space™, it’s all of those things and more, linked together by one crucial element: atmosphere. When the original game came out, its atmosphere earned nearly universal praise—so when Motive™ set out to remake this iconic survival horror game, the designers knew they needed to nail this key element.

“Arguably, atmosphere is the most important ingredient for a horror game,” says Associate Lead Level Designer Steven Ciciola. “The environment, the tension, keeping the player on the edge of their seat—all these things combine to create the atmosphere needed for a successful horror game.”

So how do you improve on a game that was already legendary for its pitch-perfect atmosphere? “There are a lot of enhancements,” says Senior Game Director Eric Baptizat, “in terms of visuals, audio, lighting—everything is more dynamic. By having more depth here, we’re able to have more control over the player’s feelings of stress and excitement.”

“For example,” says Lead Lighting Artist Michael Yeomans, “we have a strong element of light and shadow in the game. So, the player feels like they’re moving from one limited lit-up area to the next, and that the shadowed areas in between are dangerous. But since the ship is in a state of disrepair, the lighting is rarely ever in a fully functional state. So you often get the sense that the lights are about to go out completely at any given moment—and they can!” 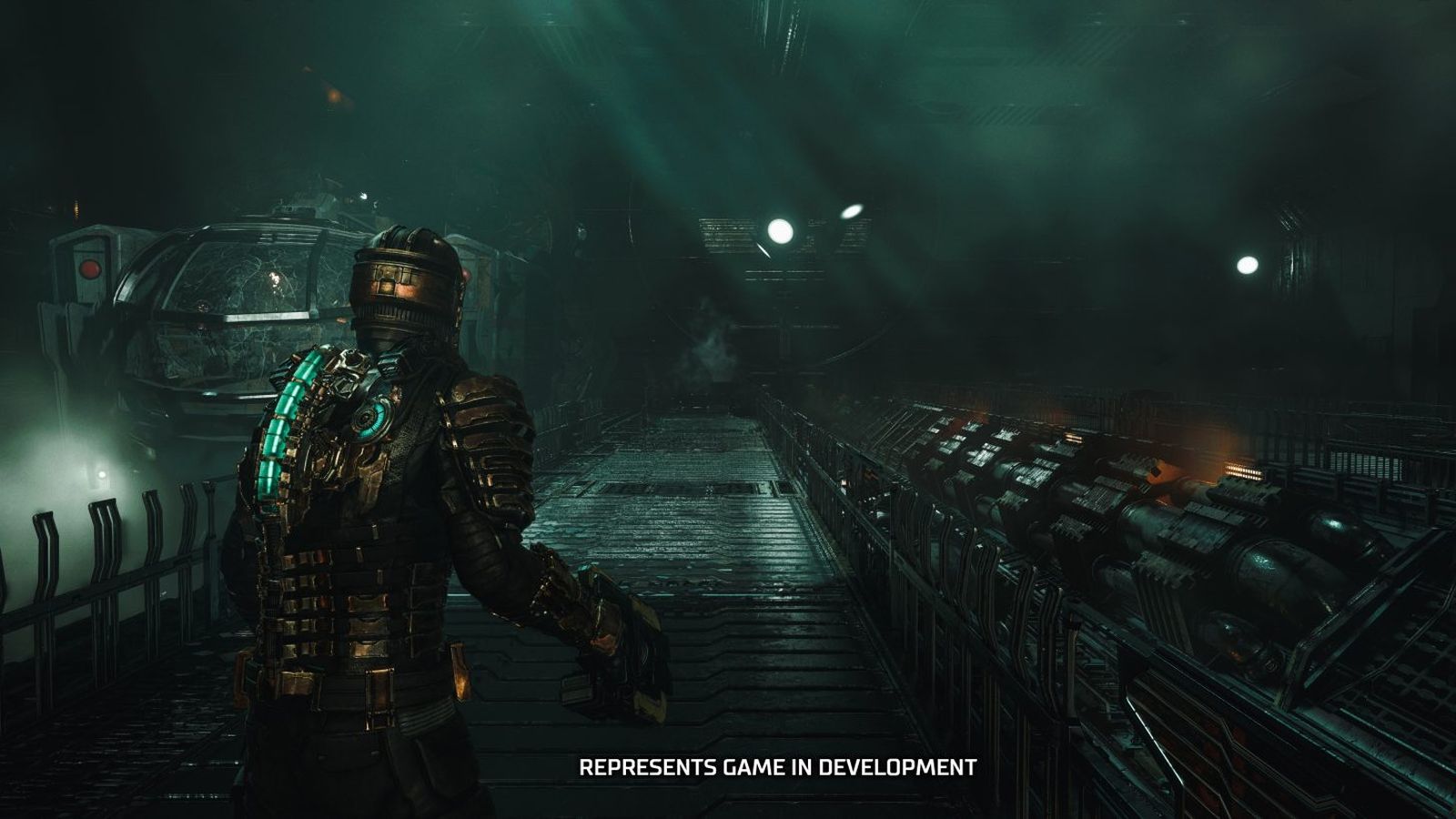 And experiences like this are the work of the most significant features of this top-to-bottom remake, a new system that drives all those dynamic events. It customizes the player experience on-the-fly, tuning the atmosphere to maintain tension without overwhelming the player. It’s called the Intensity Director.

“The Intensity Director,” Eric says, “is a way for us to control the stress level for the player, to be sure there’s always something happening. It lets us control the emotion and tension, and to always keep the player on their toes, to keep them careful.”

“It’s a content organization, spawning, and pacing control system,” says Senior Systems Designer Dan Kim. “And depending on how we count things, the system has more than 1200 unique events, with a massive variety of combinations possible. Different elements, like audio or lighting changes, fog or steam, enemy spawns—all that combined together in layers to create encounters that feel like hand-made situations.”

“That was the original intent,” says Lead Senior Software Developer David Vincent, “to make it feel like a movie even though it’s fully interactive. So we monitor the amount of intensity the player is going through while going from room to room. There might be an easy room with just a few sounds here and there, but that’s it—”

“But then you might go into another room,” Steven says, “and suddenly, there’s a Slasher spawning from a wall vent, plus the lights turn off, plus there’s fog in the environment, and it becomes a lot more intense. But then we give the player a break. Because we do essentially track the peaks and valleys of tension, to make sure that it’s not just back-to-back-to-back high-intensity events. Because that would be emotionally exhausting; you’d be like, ‘I can’t take this anymore.’”

“But it’s always about putting the player in a place where they don’t know what to expect,” says Audio Director Olivier Asselin. “So say you hear a Necromorph in a vent, then hear the vent break, then the Necromorph spawns. If I hear it again, but it doesn’t spawn, I’ll go to the vent and expect something to happen that doesn’t. If I don’t hear it in the vent, but I hear the vent break and it spawns, suddenly I’ve got a jump scare, because I didn’t expect that. And if I have the vent break without a spawn, then I’m adding something else. So for one possible outcome the player is thinking of, we have five, six, seven ingredients, or recipes, that could lead to something else.”

“And that means that every player has a unique experience,” Michael says. “You can never quite be sure what’s going to happen, so you’ll always be on your toes!”

NO ONE IS SAFE

It took a great deal of trial and error and many, many iterations to make this system work just right, the designers say. But the results of the Intensity Director have been obviously worth the effort, surprising even its own creators.

“Regularly, we’d be doing a review of a chapter and we’d have an encounter that was really spooky,” Eric says. “And we’d give feedback to the level director saying, ‘That was good, that was really spooky, that was a good way to do it!’ And it would turn out that it wasn’t pre-built, it was the Intensity Director that spawned it. But it just felt right, it felt perfect.”

“What was most surprising,” says David, “is that I wasn’t expecting it to work so well so fast! You know, when you watch a horror movie, everything is timed to the nanosecond. Everything is so carefully planned and staged; it was like, how can we even reproduce that with a dynamic generator? That’s not possible! But it turns out that we were actually able to get that same kind of feeling.”

And as a result, the system doesn’t just surprise its creators; it scares them. “Honestly, even having complete knowledge of the system, you can be quite stressed by the results,” Dan says. “Entering a fully dark, fog-filled corridor only to have some enemies spawn behind you—and then behind you again as you spin around to address the first enemy—that’s a classic kind of Dead Space moment, but it can emerge organically and unpredictably from the system. And it works well every time.”

“And you know,“ says Michael, “what I find almost equally powerful is when you’re heading down a dim, steamy hallway and it’s almost dead quiet except for the buzz of the flickering light halfway down the hall…and you’re sure you’re about to get jumped—but nothing happens! This is when you know you have a scary game, when that pacing is just right.”

You’ll have the chance to experience the Intensity Director yourself when Dead Space releases on January 27, 2023, on PlayStation®5, Xbox Series X|S, and PC. Until then, make sure to check back here for more developer insights still to come!