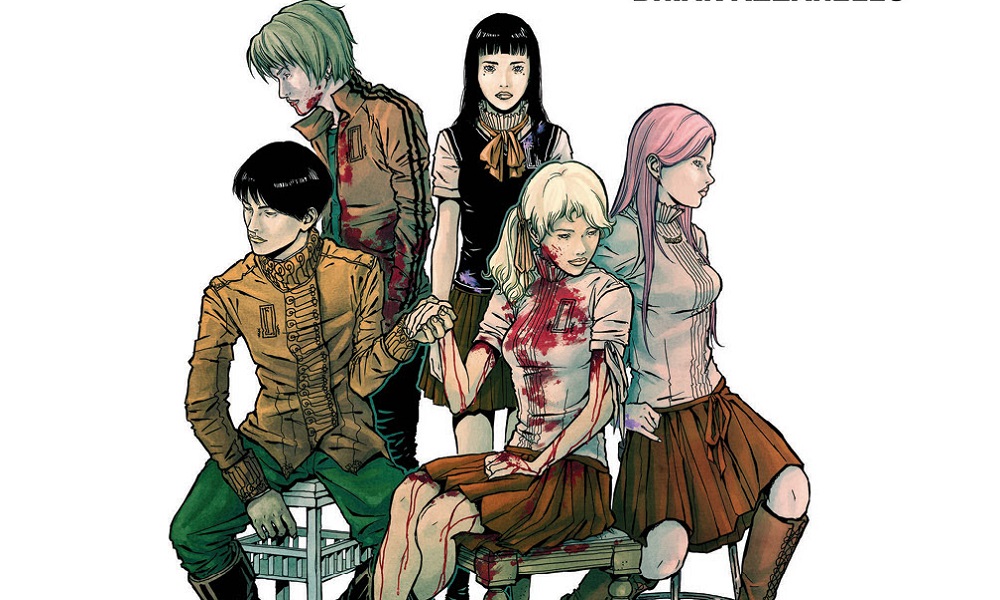 Ever wanted something so bad you’d kill for it? Boom! Studios has announced that it will release the first issue of Maria Llovet’s Heartbeat on November 20. The story follows a high school girl as she falls in love with a slightly sinister habit. 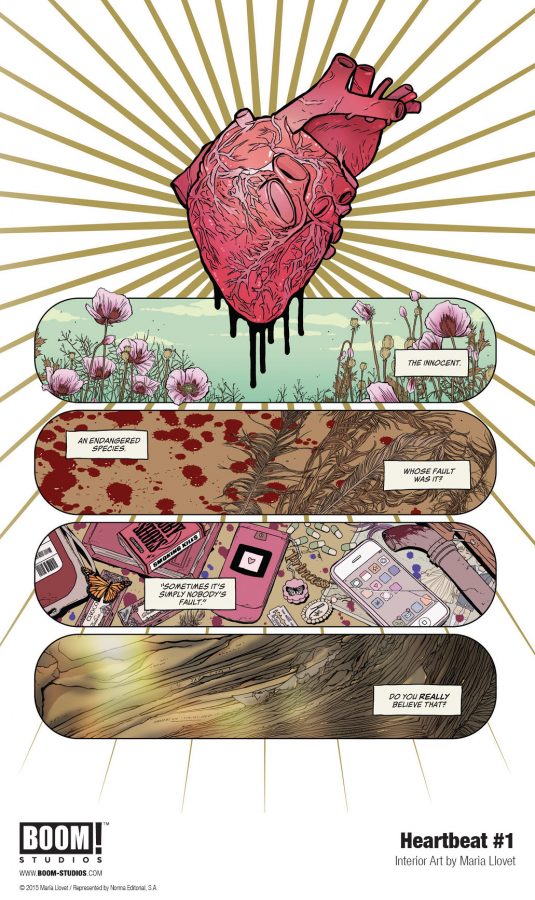 Eva, a high school outcast, finds herself witness to a horrible secret: the most popular boy in school enjoys the taste of blood and will kill to get his hands on it. Horrified and intrigued, Eva lets herself be pulled into Donatien’s macabre world. He offers the escape she has been looking for…but how much is Eva willing to betray her moral code in order to find something that gives her life meaning? And will she—or Donatien—ever find redemption? 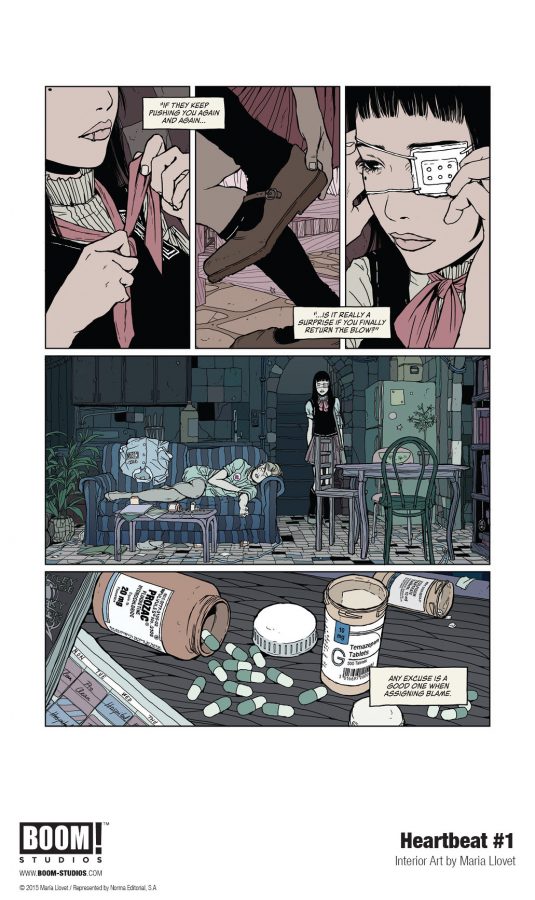 HEARTBEAT is the newest release from BOOM! Studios’ eponymous imprint, home to critically acclaimed original series, including Once & Future by Kieron Gillen and Dan Mora; Something is Killing the Children by James Tynion IV and Werther Dell’Edera; Faithless by Brian Azzarello and Maria Llovet; Abbott by Saladin Ahmed and Sami Kivelä; Bury The Lede by Gaby Dunn and Claire Roe; Klaus by Grant Morrison and Dan Mora; and Folklords by Matt Kindt and Matt Smith. The imprint also publishes popular licensed properties including Joss Whedon’s Firefly from Greg Pak and Dan McDaid; Buffy The Vampire Slayer from Jordie Bellaire and David López; Angel from Bryan Edward Hill and Gleb Melnikov; and Mighty Morphin Power Rangers from Ryan Parrott and Daniele Di Nicuolo.