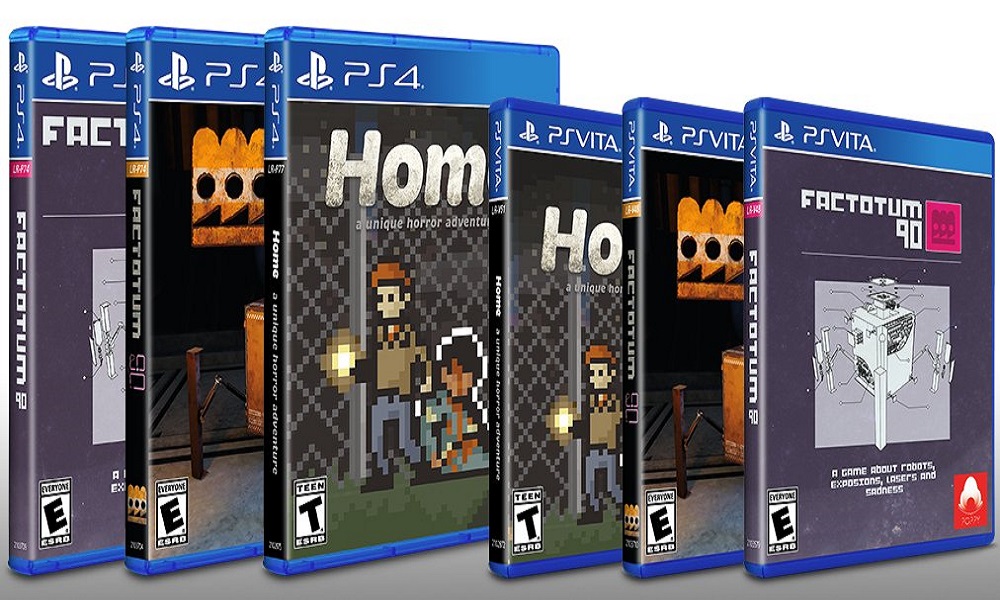 Limited Run Games has recently announced that the physical PlayStation 4 and Vita versions of Home and Factotum 90 will be sold this Friday in two batches at 10 AM and 6 PM EST. In addition, the company has also announced a March release date for its first Switch sale.

We are pleased to announce Home from Benjamin Rivers will be sold alongside TAC Games Factotum 90 this Friday for PS4 and Vita!
Both will be sold exclusively on www.limitedrungames.com

Home: Home is a unique horror adventure set in a beautifully – realized pixel world. It’s a murder mystery with a twist – because you decide what ultimately happens.

Factotum 90: You find yourself in deep space and something has collided with your ship. Main power is offline and you’re trapped. It’s fortunate you have access to this terminal. It’s a little old but with these two robots and some clever thinking, you might be able to get power back online and save the day.

Also, in case anyone missed it, we’ve announced three Switch titles so far!

Saturday Morning RPG, Mercenary Kings, and Flinthook!
We will be announcing our first release soon as well with an expected sale date of March 26th!

From the looks of it, it seems that Limited Run Games will release its Switch titles on Mondays, compared to PlayStation title Fridays. While the game is yet to be announced, we’re furious with anticipated to see what it could be. Check out our recent interview with co-founder Douglas Bogart here, and stay tuned for more news here on Gaming Trend.