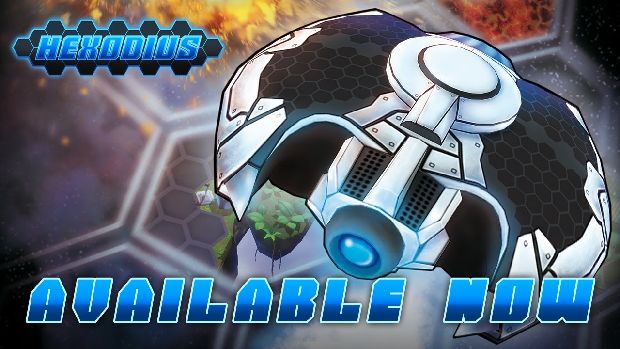 The new game from Namco Bandai, Hexodius, is now available on the Xbox 360 through the Xbox Live Arcade. The game features funky techno music, intense battles that result in close calls, and defeating robots that shoot lasers, with lasers. Hexodius is priced at $9.99 and is also available for PC via Steam.

Developed by Brain Slap Studios, HEXODIUS throws players into the crossfire and frenzy of blaster battles as they conquer multiple game modes and explore six varied worlds, each containing a multitude of challenging arenas. The ultimate goal is to exit the Hexodius complex unharmed, but with enemy droids constantly on the hunt, there’s nowhere to hide.

Players will explore the entire Hexodius complex and take-on its variety of challenges and surprising gameplay mechanics designed to unsettle all but the swiftest and most level-headed warriors. Master all the difficulty settings, conquer the story mode, smash powerful bosses, and then go online to take-on friends on your way to the top of the online leaderboards.

You probably don’t even know how this game plays, or what it even looks like. If you want to take a peak at some screenshots, scroll down a bit and look around: it will only take a minute or two.