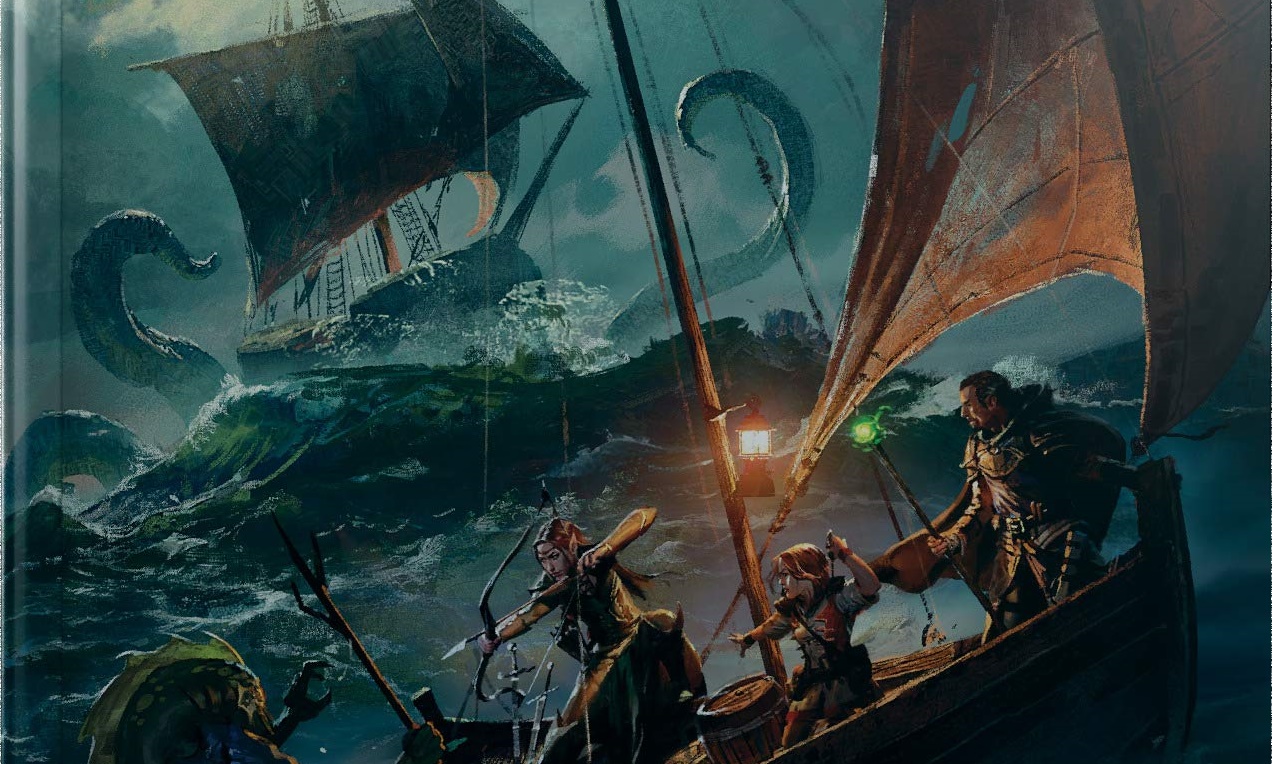 This May, Dungeons & Dragons’ next publication, Ghosts of Saltmarsh, will be released on shelves and will contain fifth edition adaptations of popular classic campaigns. These adventures will lead players from level 1 to level 12 while giving mechanics for ship combat, new magic monsters, and more.

Nestled on the coast of the Azure Sea is Saltmarsh, a sleepy fishing village that sits on the precipice of destruction. Smugglers guide their ships to hidden coves, willing to slit the throat of anyone foolhardy enough to cross their path. Cruel sahuagin gather beneath the waves, plotting to sweep away coastal cities. Drowned sailors stir to unnatural life, animated by dark magic and sent forth in search of revenge. The cult of a forbidden god extends its reach outward from a decaying port, hungry for fresh victims and willing recruits. While Saltmarsh slumbers, the evils that seek to plunder it grow stronger. Heroes must arise to keep the waves safe!

Classic adventures included in Ghosts of Saltmarsh include:

Ghosts of Saltmarsh will be released on May 21st, 2019 in stores. For more information, visit the official website.