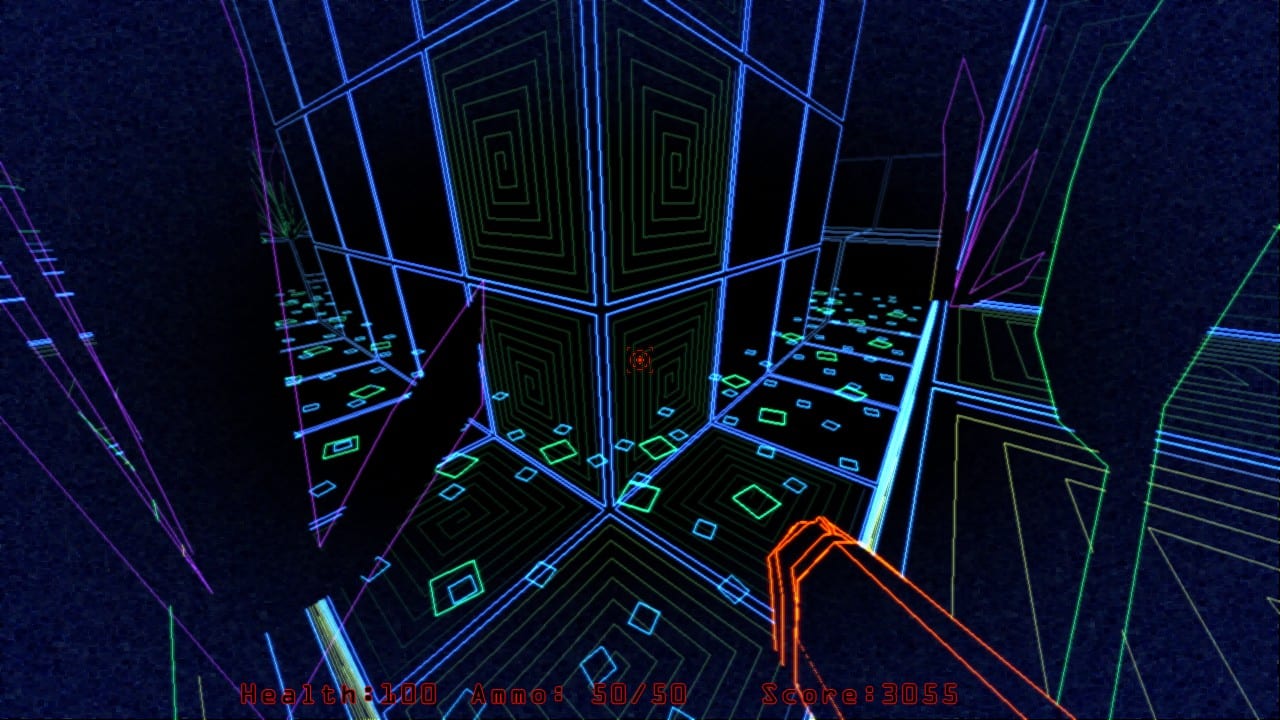 Today, Schmidt Workshops announced that the full release of Paradox Vector will head to PC via Steam on October 15. The game features first-person shooter mechanics as well as vector graphics that will include some impossible geometry within.

Paradox Vector is at its core, a first person shooter. It’s gameplay is directly influenced by classics like Doom, Quake and Half-Life. The vector graphics and impossible geometry of the levels offer the two main points of departure from these original masterpieces of the genre.

Inspired by arcade games from the early 1980s like Tailgunner, Battlezone, and even the original Star Wars game, Paradox Vector takes this abandoned style, and brings it up to date.

The impossible art of M.C. Escher had a big influence on Paradox Vector. This is not a puzzle game, but an action game set in a puzzling environment. Hallways appear to go one way but actually go another, enemies may attack from angles you might not expect, and navigating the levels may require you to think outside of the box.

Don’t think it’s going to be easy though! The ancient alien stronghold you are exploring is not abandoned. Robotic guards, Squid-Spiders and Flying Jellyfish will make your life a living hell if you are not careful!