Asmodee Digital, a publisher who focuses on bringing tabletop games to life digitally,  has recently released A Game of Thrones: The Board Game – Digital Edition on Steam for both PC and Mac. This adaptation was done developed by Dire Wolf Digital who have experience with previous games like Raiders of the North Sea and Root and have brought this top-selling strategy board game based on the best-selling A Song of Ice and Fire novels to life.

The game is set after the death of King Robert Baratheon and allows each player to assume the role of one of the six Great Houses of the Seven Kingdoms (Lannister, Stark, Greyjoy, Martell, Tyrell or Baratheon) in an attempt to assault King’s Landing and claim the Iron Throne. 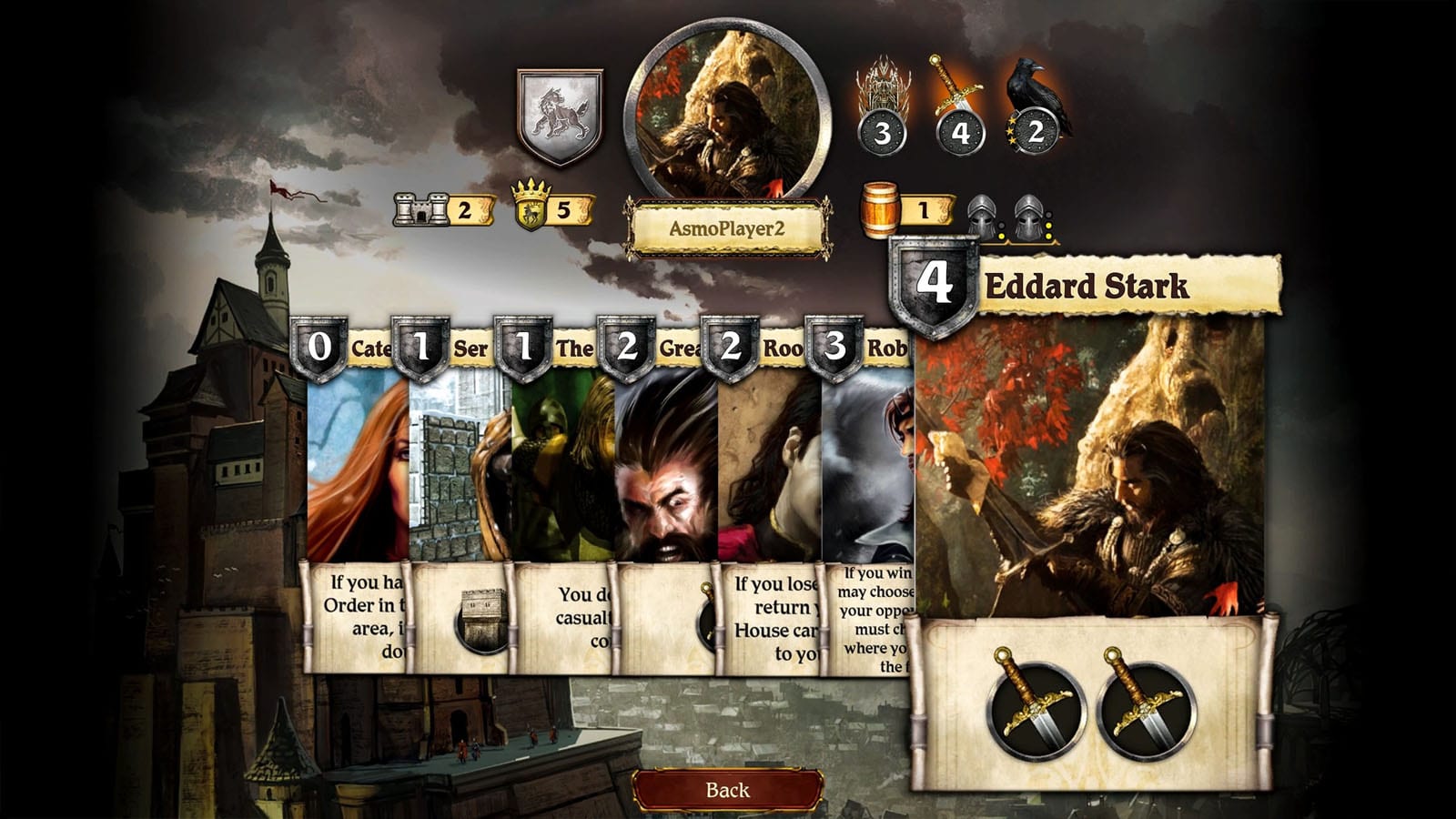 In the span of 10 rounds, players must combine warfare, diplomacy and deception to control strategic areas on the map. Each round in the game is made up of three phases: the Westeros Phase, the Planning Phase, and the Action Phase. The Westeros Phase represents special events and day-to-day activities in Westeros, potentially impacting all Houses. The Planning Phase sees players assigning orders to their armies while diplomatic interactions forge, or betray, alliances. During the Action Phase orders are resolved, players being able to use well-known characters from their House, and their specific abilities, to gain the upper hand and vanquish their enemies. Finally, all Houses can allocate their Influence on three different Tracks that determine the turn order (Iron Throne Track), victories during ties and ownership of the Valyrian Steel ability in combat (Fiefdoms Track) and the number of Special Orders available (The King’s Court Track).

A Game of Thrones: The Board Game – Digital Edition allows up to six players to play online, including Elo-based ranked, or a single player with up to five AI opponents to play locally. It is the only game to capture the essence of the political and military tactics at play in Westeros, offering multi-layered strategies with military might being only one of the many tools available, along with diplomacy and deception.

If you’re a fan of the tabletop game or just a fan of the series make sure to check this game out. Stay tuned to Gaming Trend for all your tabletop news.