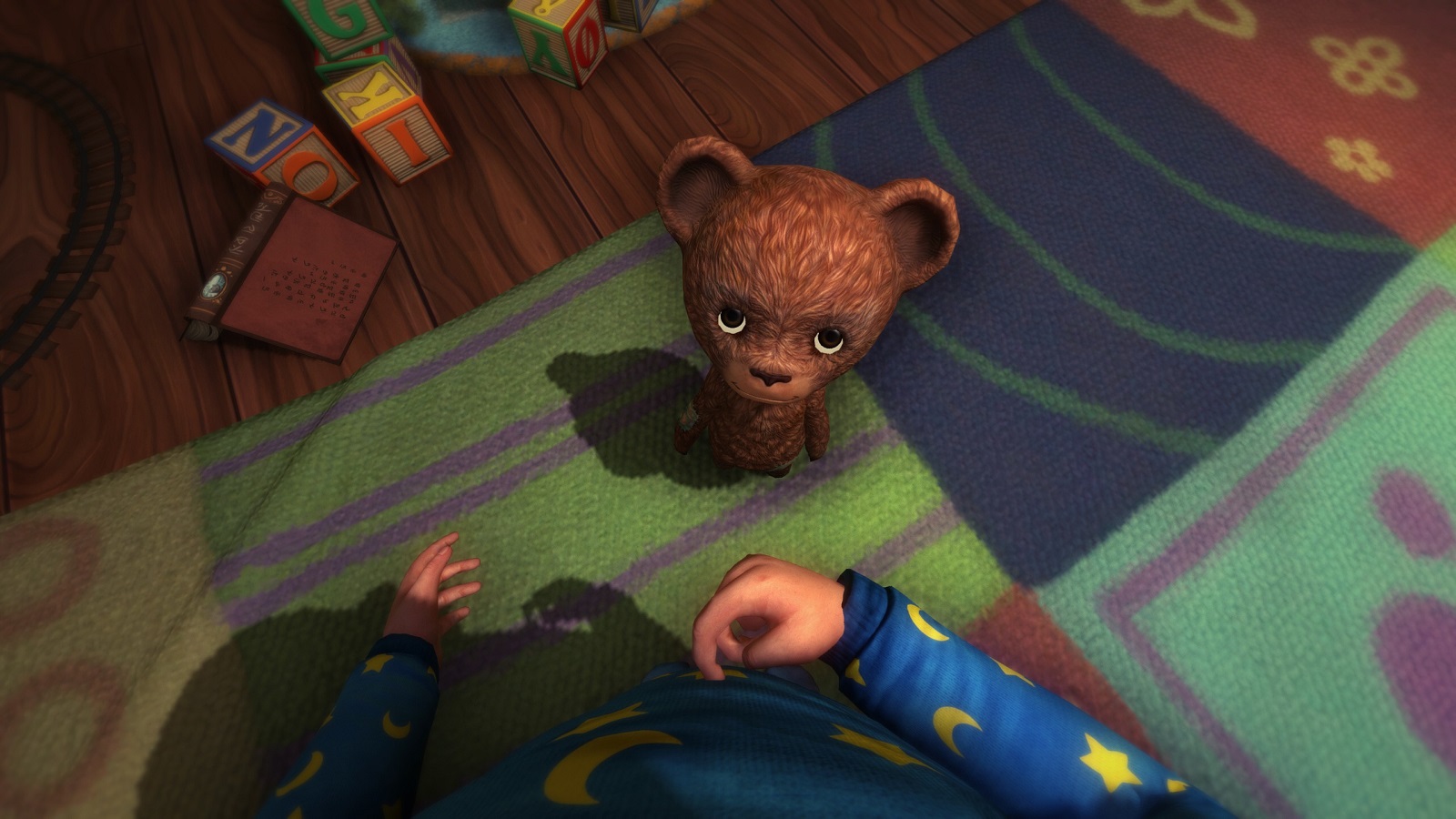 In Among the Sleep, players assume the role of a defenseless two-year old toddler who has lost his mommy. With an unusual teddy bear as his only companion, he wanders off through the eerily dark house to find her. What follows is a haunting search through grim and twisted environments, experienced through the eyes of a scared child.

Among the Sleep features: