With all the craziness surrounding the world right now, it’s probably best to try and find a new place to head out. Luckily, Two Point Studios has thought of just the thing: a new DLC for its simulation game Two Point Hospital, Off the Grid, which will be available exclusively for Steam on March 18. In addition to the wealth of new locations and content, there will be a pre-order discount for early adopters.

In Two Point County, voter research has repeatedly suggested that the public’s number one concern is with the environment. To secure her place in office… ahem, we mean, to support the green-minded community, Two Point County’s ever-present mayor, Tabitha Windsock, founded the ‘Department of Green Things’. She recently discovered it pays to go green in this time of poor voter polling, so why not join the mayor on her journey to ecological (polling) victory in Two Point Hospital – Off the Grid. 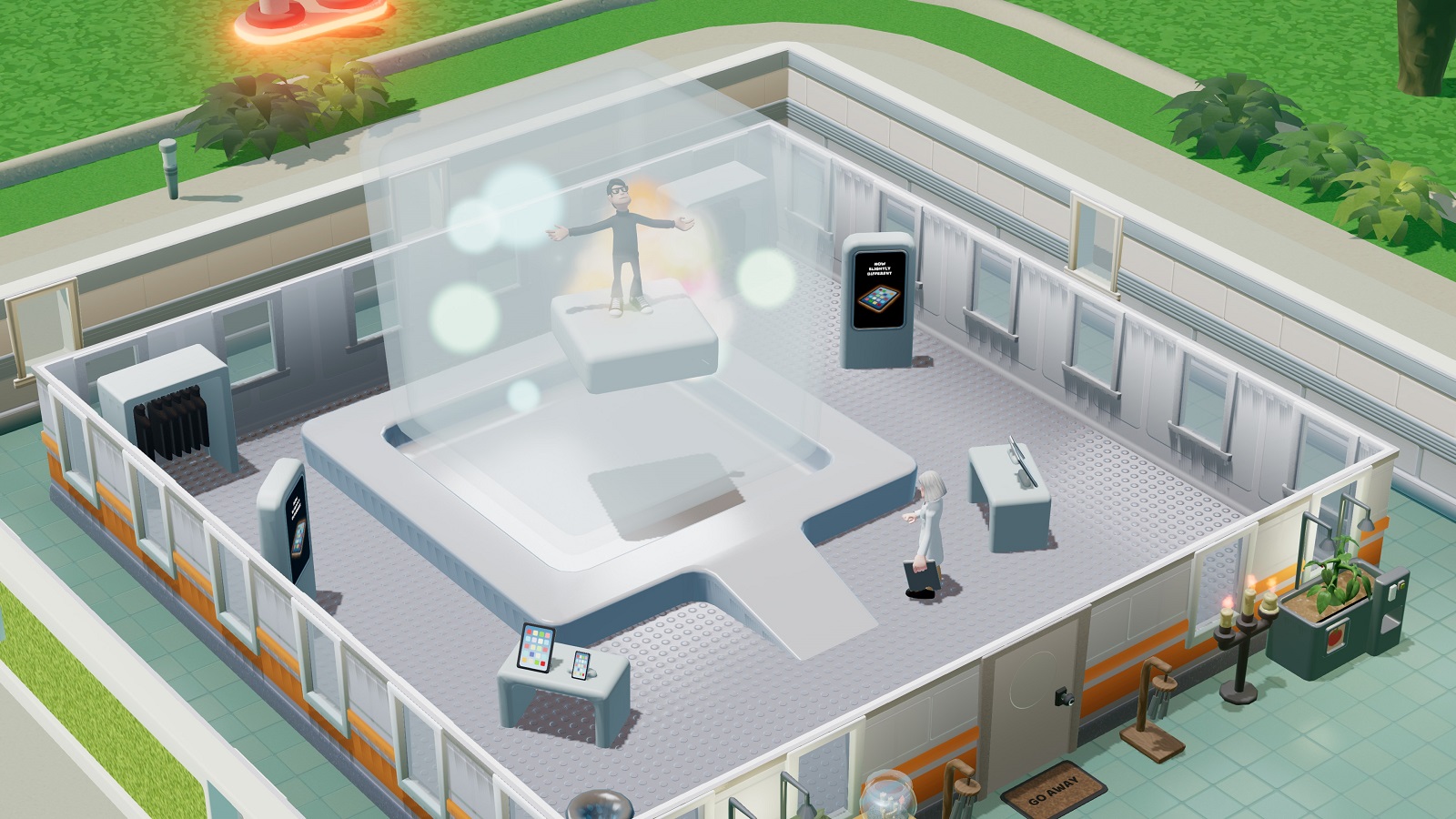 In Two Point Hospital – Off the Grid you’ll explore three new regions each with its own unique characteristics. Help make Two Point County a beautiful and sustainable place to live, by researching 35 brand-new unusual illnesses (9 visual), like Green Fingers and Root Snoot, and experiencing exciting treatment rooms on your route to eco-friendly success. Get gardening to treat the region’s most herbaceous afflictions, before moving on to Windsock City, the County’s first eco-city, where you’ll need to build green energy machines to stay switched-on and self-sufficient. Generated power can be used to open hospital rooms or allocated to the Patient Flow and Staff Applicants systems, to influence transport in and out of the city.

For new players, the ‘Complete Your Set’ Bundle is currently on offer on Steam, which gives a 10% discount to the base game and all previous DLC, Bigfoot, Pebberley Island and Close Encounters between March 11 – 13, 2020. Players will also be able to buy the ‘Exhibition Items Pack’ from March 18, including 30 new in-game items.

Check out our reviews of the PC and console versions of Two Point Hospital, and stay tuned for more news here on Gaming Trend.