Funcom recently announced that it will release Petroglyph’s newest RTS game Conan Unconquered on PC during Q2 of this year. The game, which is based on the savage tale of Conan the Barbarian, will feature a host of brutal strategic mechanics, and the publisher has also released an overview video with industry veterans talking about the game.

Conan Unconquered is a fast-paced strategy game where players face wave after wave of enemies in ever-increasing numbers and difficulty. To withstand the savage hordes players must build an unconquerable stronghold and put up walls and other defensive measures to avoid utter destruction. While the game can be played entirely in single-player, two players can also play together online to build a shared stronghold while fending off the enemy hordes allowing for a unique, cooperative multiplayer experience. 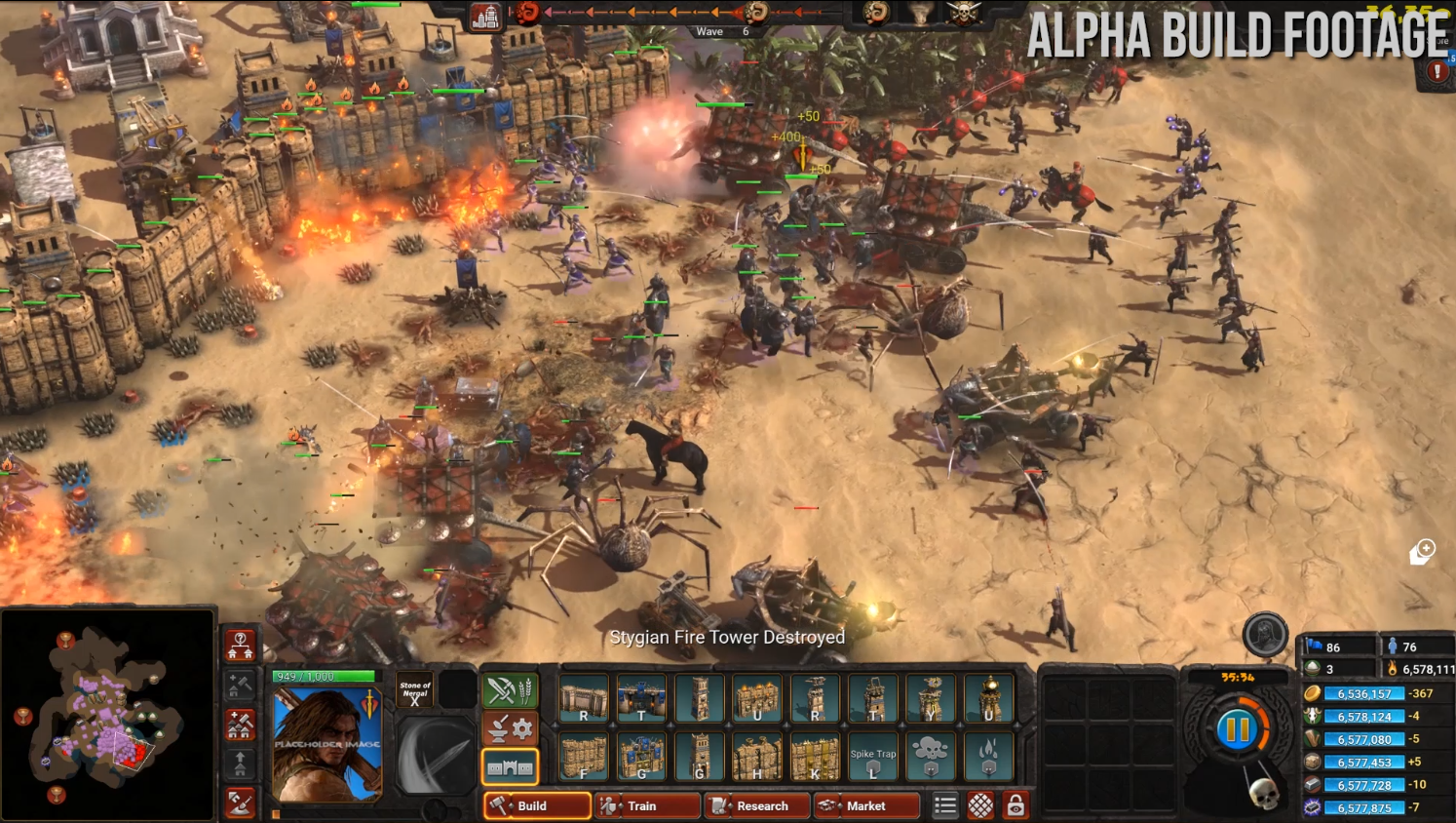 Today, Funcom is excited to release a brand-new video that offers the very first glimpse at gameplay from a recent Alpha build. In the video, viewers get taken behind the scenes at Petroglyph’s studio in Las Vegas and several of the veterans on the team offer insight into the game and its development.