One More Level Games has announced that its previously private demo of its upcoming game Ghostrunner will be available to PC gamers via Steam today through May 13. This demo will allow players to experience the first-person cyberpunk parkour action themselves.

Previously only available at tradeshows, Ghostrunner’s demo cuts right to the chase — awaken as a cyber-warrior and cut through anyone blocking the way. Practice nimbly leaping through the air, using the grappling hook to reach new heights, and surviving lightning-paced one-hit-one-kill style action. This hardcore dance with death requires finesse and quick reaction speed, but instant respawns make each fight feel strategic instead of an exercise in frustration.

After a cataclysmic event, the remnants of humanity dwell within Dharma Tower, a megastructure constructed as a temporary shelter. A century of conflict led to a brutal division of Dharma — the lower the floor, the lower the resident’s status. The enigmatic Keymaster maintains this imposed caste system, but the people have had enough. Ascend the tower as a Ghostrunner capable of blistering speed and deadly precision, and learn the truth behind the Keymaster’s reign. 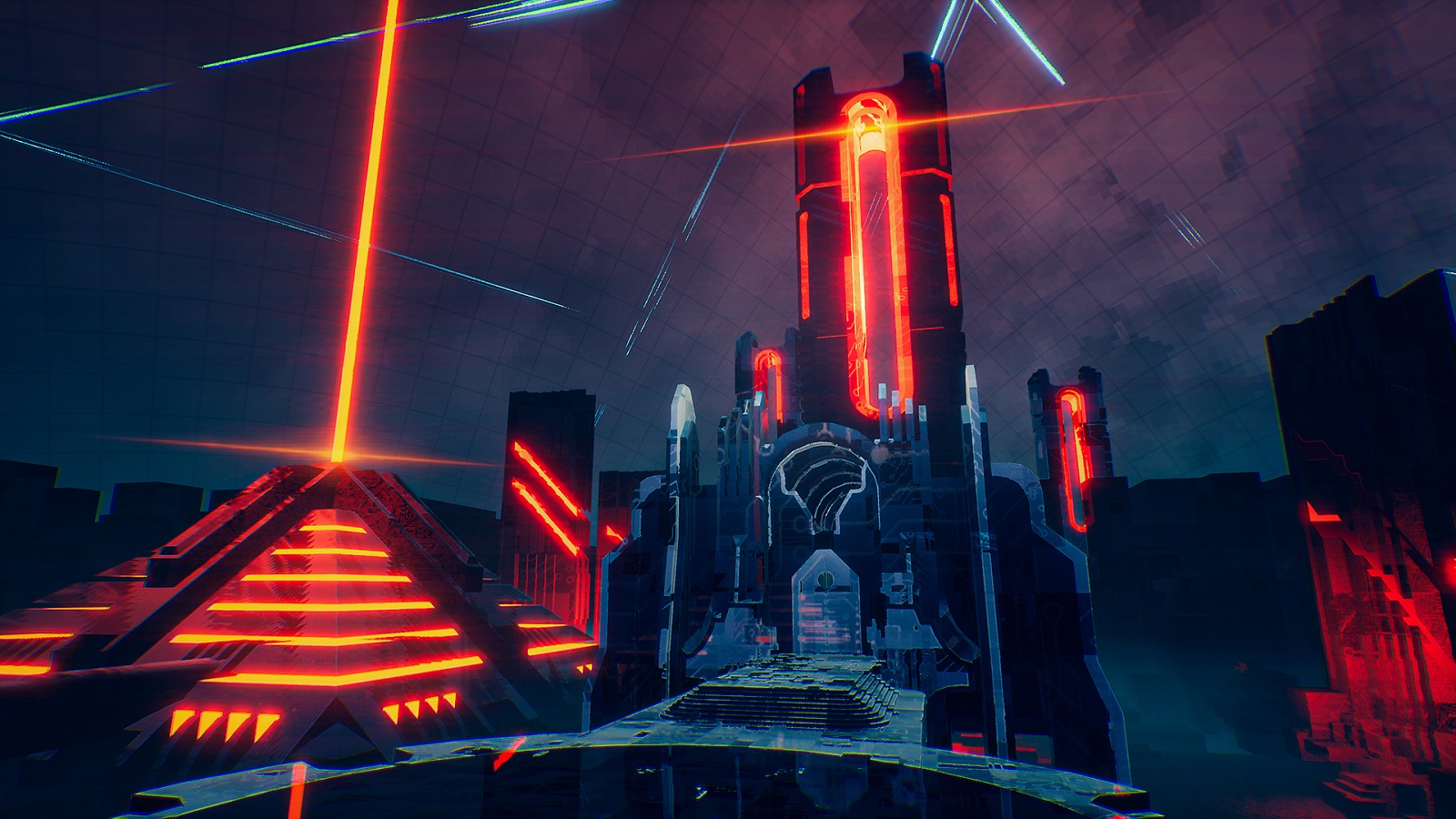 Join the resistance known as the Climbers on their mission to cut through the Keymaster’s regime. Death awaits on each level of the tower, from the derelict industrial machinery of the Base to the sickening sheen of the Summit. Dodge oncoming bullets by dashing and wall-running, then slice through enemies with a single cut. Cybernetic implants push the limit even further with bullet-timelike mechanics to keep the cyber-warrior out of harm’s way.

Ghostrunner’s vertical setting enables One More Level Games to show off the beautiful duality of the cyberpunk genre. RTX-powered raytracing highlights lower Meru’s crumbling infrastructure with grungy neon signs and the apathetic hedonism of the clubs and bars on higher levels. An intense retrowave soundtrack by the acclaimed Daniel Deluxe maintains an energetic throughline to punctuate this dangerous journey to the top.

“After only a handful of showings to the public, we have heard our fans and wanted to share our demo worldwide,” said Radosław Ratusznik, co-founder of One More Level. “We hope that everyone can enjoy this demo and we look forward to sharing more on Ghostrunner very soon.”