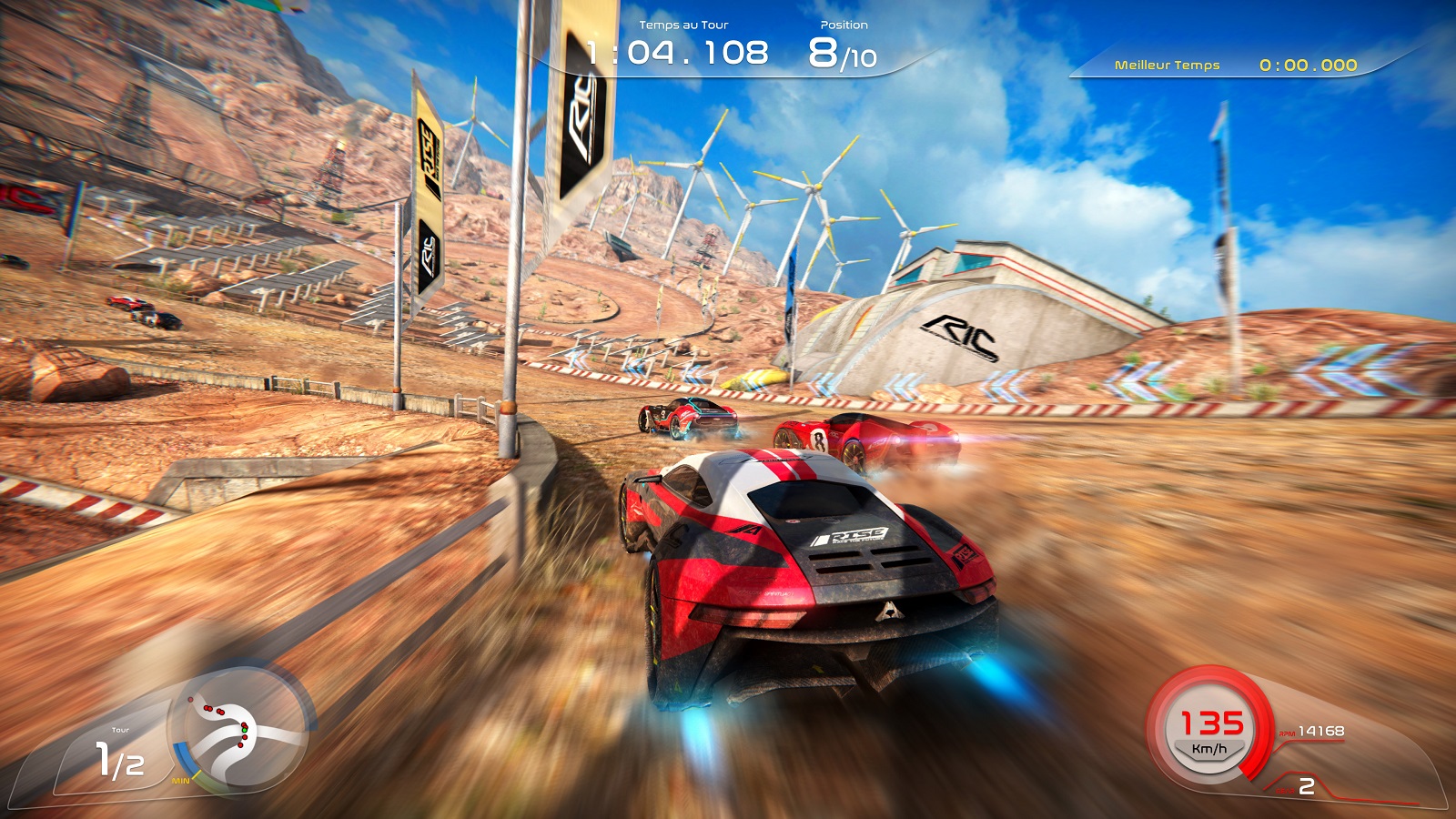 Yesterday, VD-Dev announced that it will release its racing game RISE: Race the Future tomorrow on Steam. The game will feature futuristic tracks and settings, as well as a tight gameplay system filled with precision-based drifts and jumps.

Experience the most addictive racing gameplay. Drift and slide like never before thanks to an exceptional fluid and precise physics-based slippery handling.

RISE: Race The Future is a racing game set in a near future where a new kind of wheel technology will let you drift on all type of terrains and especially on water.

The unique gameplay defined as “precision drifting” will suit every player looking for technical and precise controls combined with the immediate fun and ease of an arcade game.

Players can master different technics for overtaking and exiting a corner thanks to the combination of several boost systems which set the game apart from usual rally games.

“The most addictive racing gameplay”

The vehicle dynamics is based on realistic physics tweaked to enhance the player’s drifting ability. The result makes the handling extremely natural, smooth and precise for the most rewarding driving experience.

In addition to the arcade and championship mode, a challenge mode will let the player unlock the futuristic racing cars exclusively designed by Anthony Jannarelly.