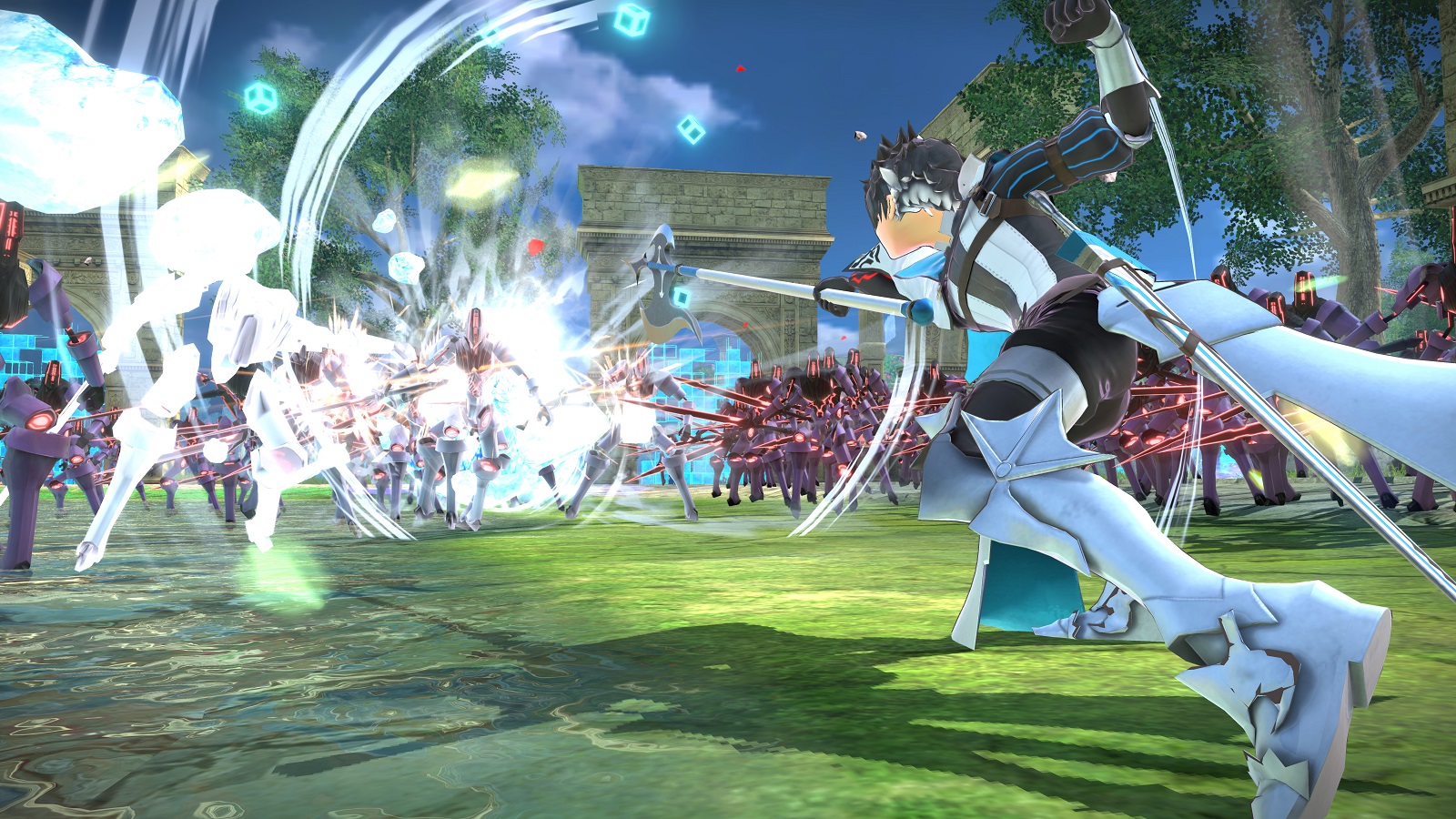 Today, XSEED Games announced that it will bring its upcoming action game Fate/EXTELLA LINK to the Nintendo Switch, with a simultaneous release with the PlayStation 4, PlayStation Vita, and Steam versions during Q1 of next year. The game features 10 more playable servants aside from the returning 16, as well as a special edition for PlayStation 4 and Nintendo Switch versions.

XSEED Games, the independent-minded publishing brand of Marvelous USA, Inc., is pleased to announce today that Fate/EXTELLA LINK, the much-anticipated action game, is confirmed for release on Nintendo Switch™ and Steam alongside the PlayStation®4 computer entertainment system and PlayStation®Vita handheld entertainment system versions when the title launches in Q1 2019. The premium Fleeting Glory Edition for Nintendo Switch will receive the same content as the PS4™ system version: a soundtrack CD, a pack of 10 collectible 3” by 5” cards depicting each of the new Servants, a 17” by 24” cloth poster, and a 3” by 4.5” acrylic diorama featuring the Servants Nero, Drake, and Scáthach, all housed in a custom box.

Picking up right where the 2017 smash hit Fate/EXTELLA: The Umbral Star left off, Fate/EXTELLA LINK adds 10 Servants to the original roster of 16. The high-speed action gameplay fans have come to know and love has been even further refined as players are tasked with battling their way through massive armies to protect the virtual world of SE.RA.PH at all costs. As in the PS4™ version, players on Nintendo Switch and Steam will be able to engage in grand-scale 4-on-4 online battles with up to 7 other players. Foes will quiver at the True Name of each opposing player’s Noble Phantasm as they assume the roles of their favorite Servants.

Developed by Marvelous and slated for publishing in North America on PS4™, “PS Vita”, Nintendo Switch, and Steam by XSEED Games, Fate/EXTELLA LINK will release in Q1 2019. The premium Fleeting Glory Edition for PS4™ system and Nintendo Switch has a suggested retail price of $79.99, while the standard edition for both physical and digital has a suggested retail price of $49.99. On “PS Vita” system the title will be available digitally for $39.99. This title has been rated Teen by the ESRB.

Check out Noah’s review of Fate/EXTELLA: The Umbral Star and stay tuned for more news here on Gaming Trend.