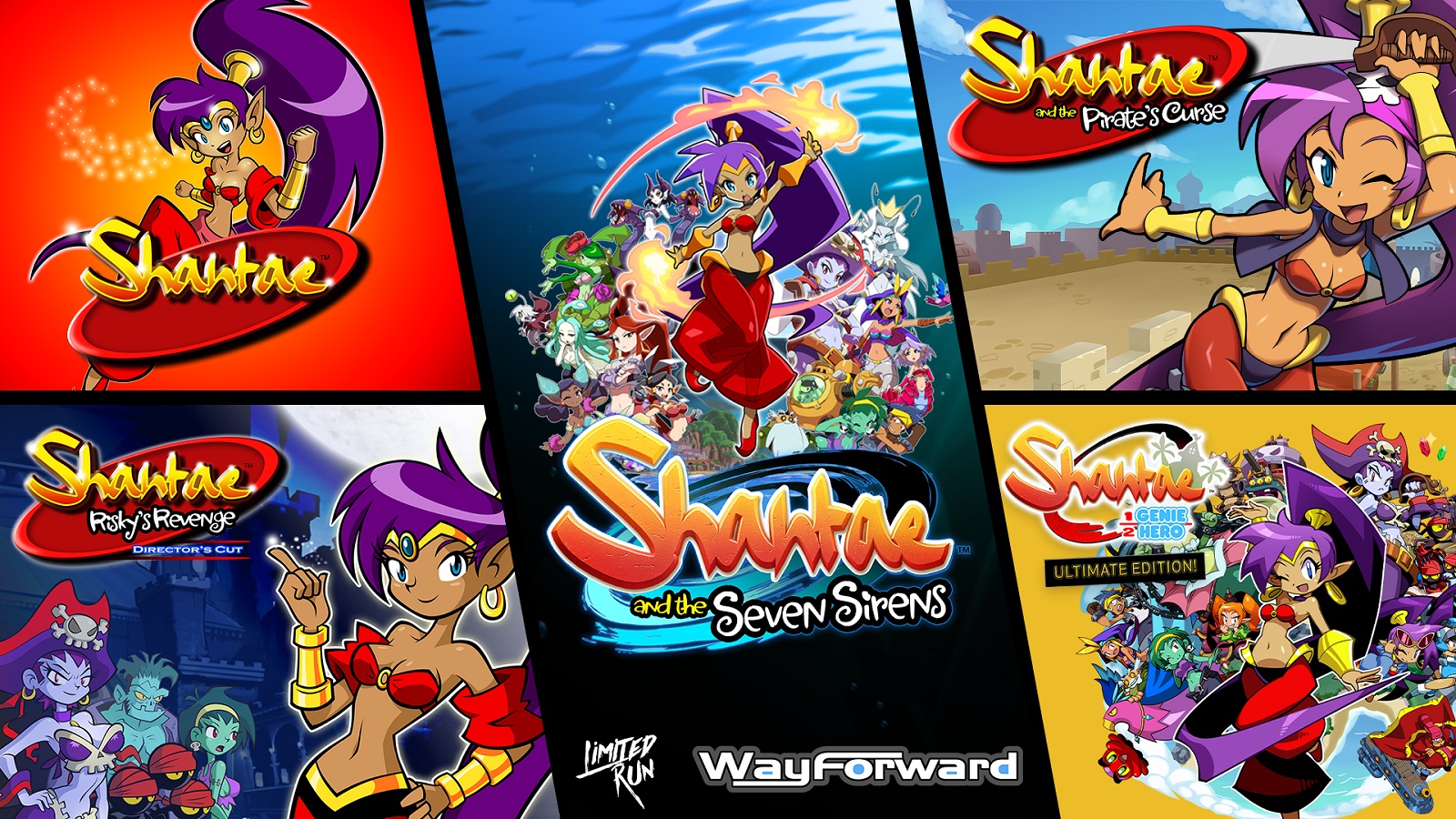 Get ready for the half-genie hero to sail the high seas to high definition as WayForward announced that it will release the entire Shantae series to PlayStation 5 digitally soon, with physical versions being distributed by Limited Run Games. In addition to the news, the original Shantae will be available digitally and physically for PlayStation 4 soon as well.

Independent game studio WayForward is delighted to announce that all five titles in the fan-favorite Shantae series are headed to the PlayStation 5 system in the months ahead. The games will be available as native PS5 purchases, or as free upgrades for users that already own the games on PlayStation 4, plus they will be offered as physical releases (in both standard and collector’s editions) through Limited Run Games. Additionally, the original Shantae will be coming both physically and digitally to PlayStation 4.

Having sold more than 3 million copies worldwide since its debut in 2002, the acclaimed Shantae series tells the story of Shantae, the hair-whipping, belly-dancing, shape-shifting, Half-Genie guardian of Scuttle Town. Along with friends such as Bolo, Sky, and Rottytops the zombie, she protects the land from nefarious pirates and other dastardly threats. The line-up of action-adventure-platformers consists of five titles, each sold separately:

Shantae — The one that started it all! Experience Shantae’s classic original adventure and stop the self-proclaimed Queen of the Seven Seas, Risky Boots, from finding four powerful elemental stones! Now with trophies for the first time!

Shantae: Risky’s Revenge – Director’s Cut — Risky Boots is back with another sinister scheme! Put an end to her plans by acquiring three Magic Seals from the devious Barons of Sequin Land.

Shantae and the Pirate’s Curse — Shantae sets sail for swashbuckling action as she gains new Pirate Gear abilities and teams up with her nemesis to face an even greater threat!