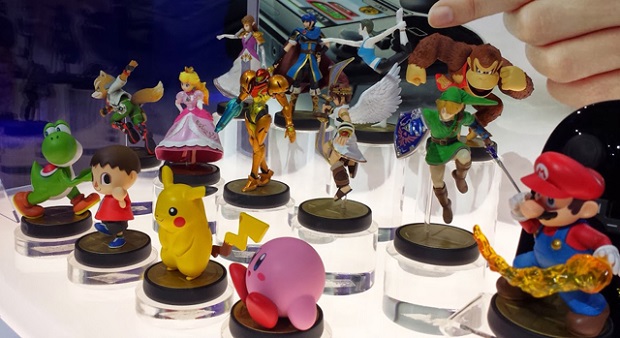 Nintendo has confirmed that the first wave of Amiibo figures will launch alongside Super Smash Bros. for Wii U on November 21st.

A second group will launch on December 19th and it will include Zelda, Diddy Kong, Luigi, Little Mac, Pit and Captain Falcon.

As previously reported, each Amiibo will cost $12.99 individually.

Announced at E3, Amiibo figures store data and are capable of migrating it between Nintendo platforms. The figures have been primarily shown off with Super Smash Bros. for Wii U, but will also be used in other Nintendo games, each with their own functionality.