LOS ANGELES (Dec. 9, 2021) – During The Game Awards 2021, SQUARE ENIX® announced that FINAL FANTASY® VII REMAKE INTERGRADE will launch on PC for the first time through the Epic Games Store on December 16, 2021. The graphically-enhanced and expanded version of FINAL FANTASY VII REMAKE, which took home awards for Best RPG and Best Score and Music at last year’s event, includes a wealth of graphical, gameplay and system enhancements and builds on the critically acclaimed action RPG with a new adventure in FF7R EPISODE INTERmission. 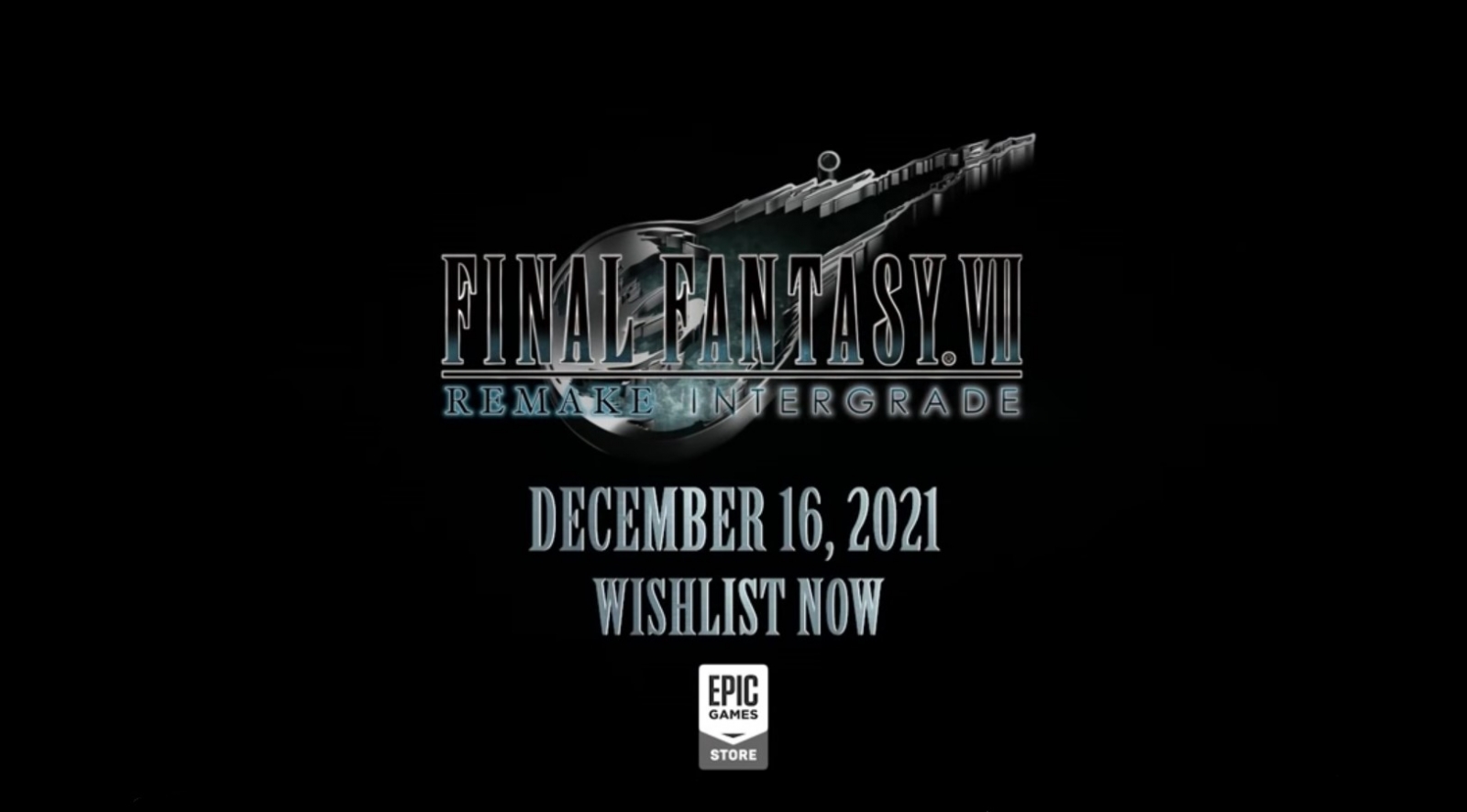 In FINAL FANTASY VII REMAKE INTERGRADE on PC, players will follow the story of ex-SOLDIER operative turned mercenary Cloud Strife, who descends on the mako-powered city of Midgar as he lends his aid to an underground resistance group calling themselves Avalanche in their fight against Shinra Electric Power Company, a shadowy corporation. FINAL FANTASY VII REMAKE INTERGRADE also includes an exhilarating new story arc, FF7R EPISODE INTERmission, which brings ninja Yuffie Kisaragi to the forefront as she infiltrates the city of Midgar during the events of the base game.

A full list of contents* for FINAL FANTASY VII REMAKE INTERGRADE on PC via the Epic Games Store can be found below:

*Weapons, armors, accessories and summon materia will be available at launch through the Gift Box on the main menu.

FINAL FANTASY VII REMAKE INTERGRADE is rated T (Teen) and will be available on the Epic Games Store on December 16, 2021 for PC. For more information, visit: http://www.ffvii-remake.com/intergrade.

Stay tuned to Gaming Trend for more info on Final Fantasy VII: Remake Intergrade and for all your gaming, tech, and entertainment news!