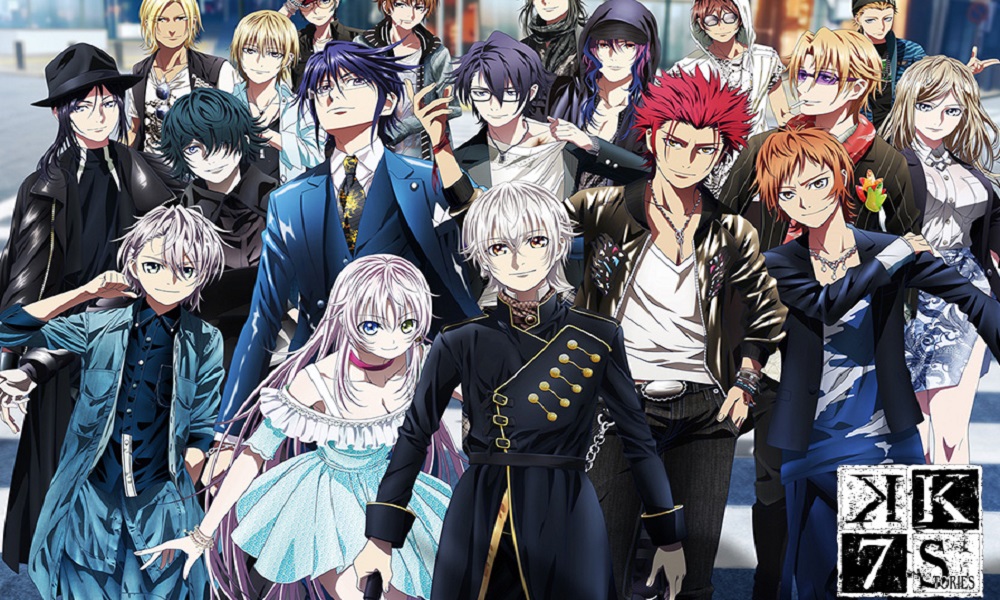 Exciting news, anime fans! VIZ Media announced over the past weekend that it has acquired a treasure trove of new manga acquisitions that will be released later this year, as well as the acquisition for the anime K: Seven Stories.

According to official press releases from VIZ Media, the company will release some new animated stories from the K franchise in the form of K: Seven Stories.

The agreement forged with Japan-based King Records covers the digital streaming, EST, home video and merchandising rights to K: SEVEN STORIES. Based on the hit anime property from Studio GoHands and GoRA Project, K: SEVEN STORIES is a collection of six original animated stories and spinoff shorts featuring both new and returning characters from the visually stunning k-project universe. More details on the home media release for K: SEVEN STORIES is forthcoming.

The original K anime series followed the story of Yashiro “Shiro” Isana, a teen wanted for a crime he has no recollection of committing. He finds himself being hunted by the group HOMRA, led by Mikoto Suoh, the Red King. With help from a young man named Kuroh Yatogami and a mysterious girl who only refers to herself as Neko, Shiro tries to prove his innocence, only to discover a shocking truth that would change his life forever. The series later spawned a feature-length movie K: MISSING KINGS, followed by a second season, K: RETURN OF KINGS.
VIZ Media holds the North American digital streaming, EST, home video and merchandising rights to Seasons 1 and 2 of the K anime series as well as the K: MISSING KINGS feature film. These home media releases are available now in DVD and Blu-ray formats.

For those that want some more manga in their lives, VIZ Media has also announced that it will release a slew of new manga releases, including re-releases of Bleach and Tokyo Ghoul, as well as the debut of the soon-to-be memetic Dragon Ball: That Time I Got Reincarnated as Yamcha!

The latest new titles joining VIZ Media’s publishing catalog include DRAGON QUEST ILLUSTRATIONS: 30TH ANNIVERSARY EDITION, a deluxe hardcover collector’s edition featuring over 500 illustrations for the award-winning video game series from Akira Toriyama, the creator of DRAGON BALL. THE COMPLETE ART OF FULLMETAL ALCHEMIST, which features all the art from the beloved manga series was also announced. The fun DRAGON BALL spinoff DRAGON BALL: THAT TIME I GOT REINCARNATED AS YAMCHA! and the popular romantic comedy from Weekly Shonen Jump, WE NEVER LEARN, will make their publication debuts beginning this fall. Other notable Shonen Jump releases include the BLEACH BOX SET 3, the final box set for the long-running soul reaper series, and the dystopian adventure series DR. STONE. The fan-favorite shojo romance, AO HARU RIDE, will debut this fall.

Exciting announcements from this past weekend also include ABARA: COMPLETE DELUXE EDITION, a tense sci-fi horror series from Tsutomu Nihei (the award-winning creator of BIOMEGA and BLAME!) and RECORD OF GRANCREST WAR, a high-fantasy adventure by the author of the widely acclaimed series Record of Lodoss War. The TOKYO GHOUL COMPLETE BOX SET, containing Vols. 1-14 of the smash-hit series, will also be available to fans this fall. VIZ Media is also pleased to announce two more upcoming debuts, RADIANT, a fantasy adventure series, and RAN AND THE GRAY WORLD, a charming coming-of-age story about a young sorceress who takes a shortcut to growing up.