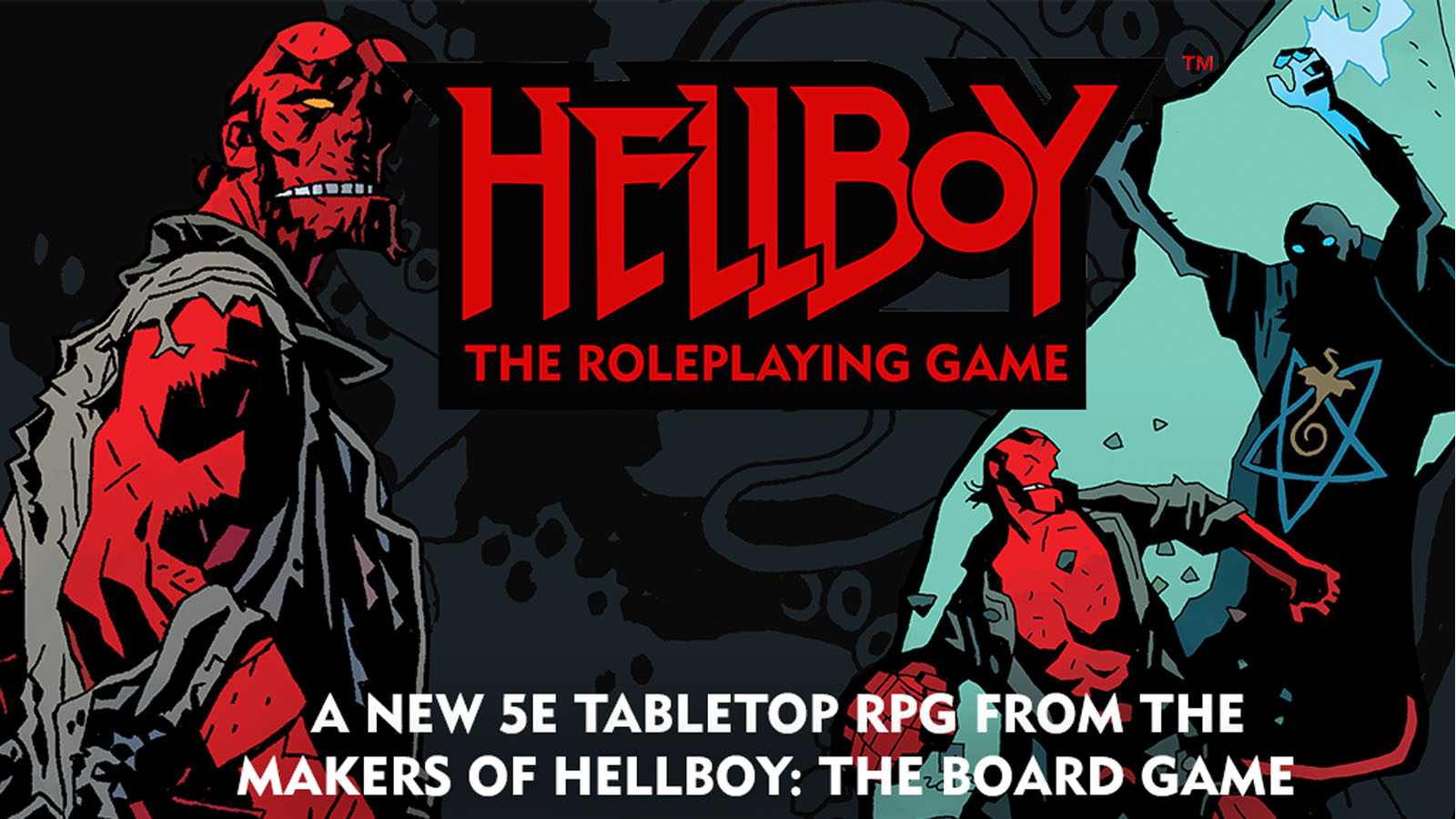 Mantic Games is excited to announce that they have partnered with Dark Horse Comics and creator Mike Mignola to bring Hellboy: The Roleplaying Game to Kickstarter this summer. This game will allow players to create their own spectacular adventures through one off stories or action-packed chronicles throughout the Hellboy and Bureau for Paranormal Research and Defense universe.

Powered by the world’s most popular RPG ruleset, Fifth Edition, Hellboy: The Roleplaying Game gives you the tools to step into the shoes of a B.P.R.D. agent, ready to face the forces of evil. You can become a field researcher skilled in the study of the occult, a hard-nosed B.P.R.D. security agent, a rookie with hidden supernatural powers, and more…. The choice is yours.

Once the Kickstarter launches, you will be able to try the roleplaying game for yourself with a detailed quickstart that features six pre-generated characters, all the rules needed to play, and a unique adventure inspired by the Hellboy graphic novels, written by Red Scar.

“We can’t wait to bring Hellboy back to Kickstarter,” said Ronnie Renton, CEO of Mantic Games. “The roleplaying game is going to be a fantastic new way to experience Hellboy on the tabletop. The team at Red Scar has done an amazing job of capturing the feel of the Hellboy universe. Plus, your miniatures from Hellboy: The Board Game will be compatible with the RPG, which will bring a whole new lease of life to your awesome mini collection.”

For those ready to begin their adventure, you can sign up for the launch notifications to be ready when the campaign goes live. Stay tuned to Gaming Trend for all your tabletop news.