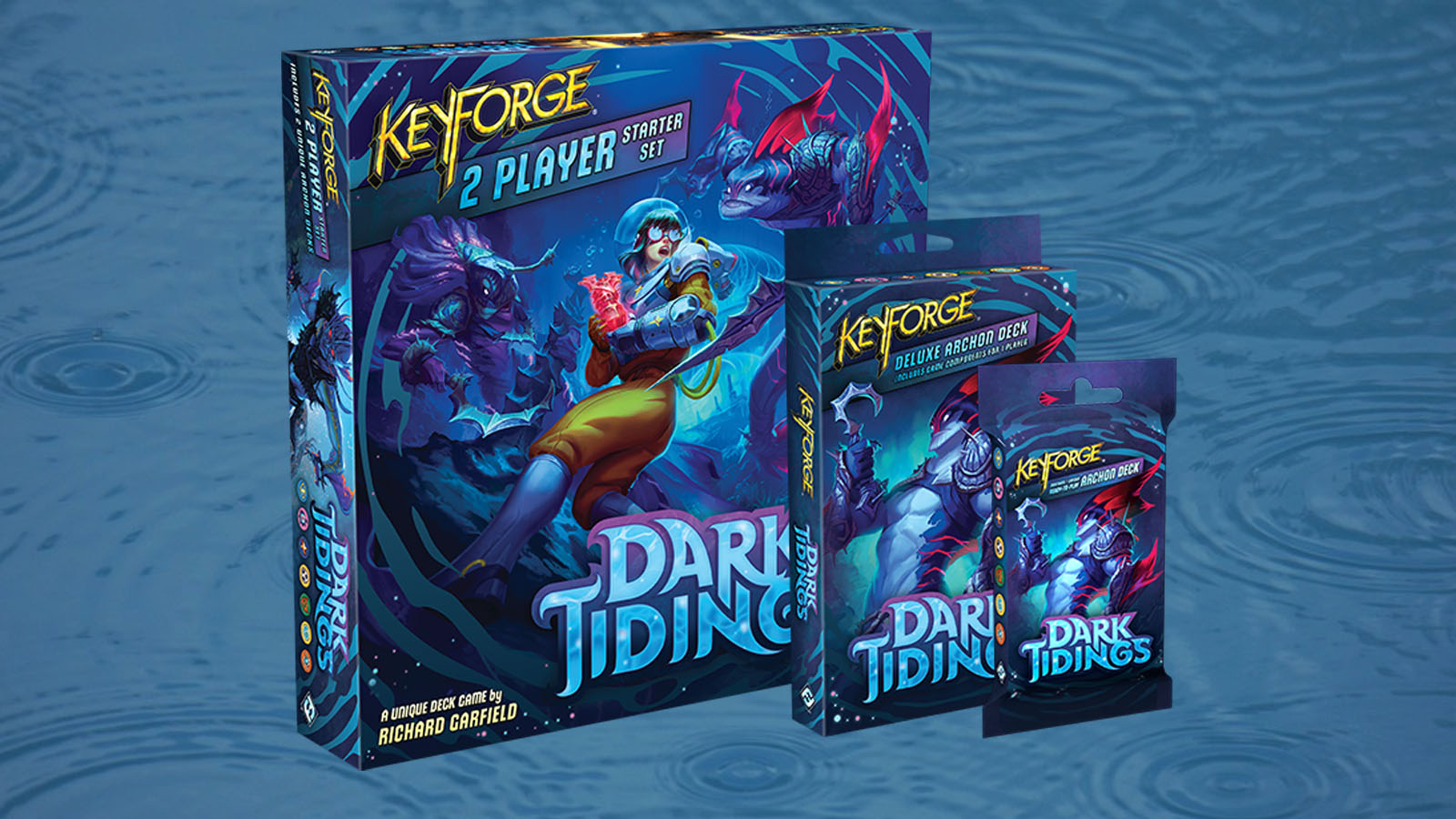 Fantasy Flight Games is proud to announce the fifth set for their hit game Keyforge, Dark Tidings. Keyforge is a game unlike others as each deck you receive has it’s own makeup and is unique from any other deck produced. This new set will bring over 250 new cards to mix into the cardpool which helps create billions of possible decks. This new set is scheduled to release in the first quarter of 2021.

The patchwork world of the Crucible is suffused by constant change and flux, and new wonders present themselves everywhere you look… but beneath the ocean waves, who knows what might be stirring in the murky darkness? A new age of transformation is rising with the tide, and like a mighty tidal wave, it’s about to crash over the Crucible and reshape the landscape forever!

Dark Tidings begins by introducing a brand-new House to your games of KeyForge, replacing House Dis in the rotation of active Houses. Dwelling deep in the oceans of the Crucible, House Unfathomable takes Dark Tidings in a decidedly aquatic direction. With a mix of humanoid Aquans and dangerous deep-sea beasts, the Unfathomable can be deadly for unprepared creatures that stray into their domain. But with the tides rising across the Crucible, the entire planet may soon fall under the control of House Unfathomable…

As a faction, House Unfathomable specializes in controlling their foes by exhausting enemy creatures. With cards like Kiri Giltspine keeping your opponent’s creatures down, it quickly becomes difficult for them to muster a fighting force or reap enough æmber. Then, once your enemies are exhausted, you can keep them out of commission with the unusual powers of The Chosen One or even wipe away their board by playing Sleep with the Fishes! 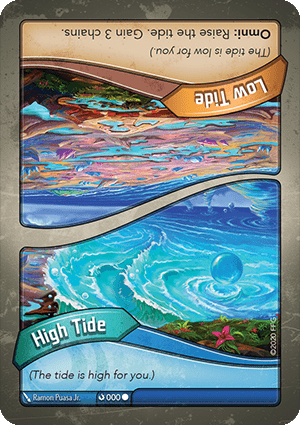 Of course, the Unfathomable are known for another area of mastery—the tides that crash across the Crucible. The tides may be as unusual as every other part of the Crucible, but you can count on one thing—if it’s high tide for you, it’s low tide for someone else. Every Archon Deck in Dark Tidings comes with the new Tide Card, and it forms an integral part of many cards in this set. The Tide Card starts each game out of play, but as soon as one player raises the tide, the Tide Card is brought into play, with High Tide facing toward you and Low Tide facing your opponent. High Tide has no inherent effects, but many cards become more powerful, or can only be used, if you have the High Tide, such as Hookmaster. Many effects can raise the tide, such as Seabringer Kekoa, but even if they aren’t available, the player with Low Tide can always suffer three chains to turn the tide in their favor!

As tides begin to swell across the Crucible, the power of the Unfathomable may be rising, but they certainly don’t have a monopoly on harnessing the tides. Every House in KeyForge has ways to take advantage of the Tide Card in Dark Tidings! They say that you can find anything on the Crucible, if you search hard enough for it… even your own evil twin. Now with the Dark Tidings set, the developers continue to push the KeyForge algorithm, and you just might find an evil twin of your own in the game.

Evil twin decks are a brand-new type of deck appearing in Dark Tidings, and they’re quite unlike anything you’ve ever seen before. For example, you may open a deck that’s entitled Speaker Domitia’s Evil Twin. This deck is an exact copy of Speaker Domitia, a real deck that has been printed and can be found by another player out in the world. The crucial difference is that in an evil twin deck, many of your creatures look a little different. 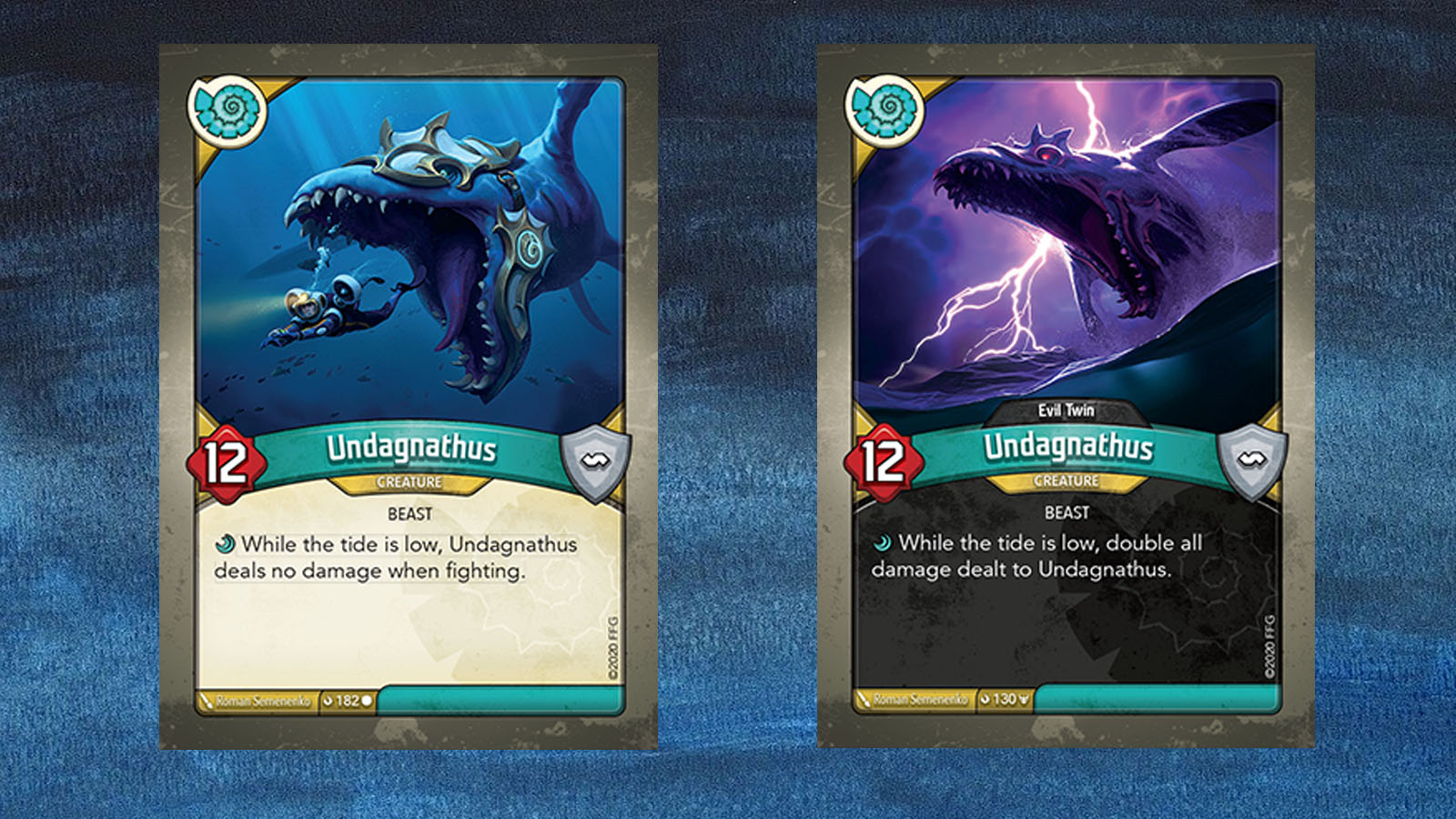 Whether you are a veteran or just starting off the Dark Tidings set has something for you. Stay Tuned to Gaming Trend for all your tabletop news.