Evil West, a new dark fantasy third-person action game, was revealed in a new trailer released during The Game Awards. Evil West is set to release on PS4, PS5, PC, Xbox One, and Xbox Series X|S in 2022. You can check out the reveal trailer above and read below for more details:

Evil West fires on all cylinders in The Game Awards Gameplay Reveal Trailer!

Focus Entertainment and Flying Wild Hog are delighted to unleash the Gameplay Reveal Trailer of Evil West, the dark fantasy, Weird West, third-person action game. Premiered at The Game Awards 2021, see the game in action for the first time in a new explosive trailer and discover new screenshots below!

Wield a deadly arsenal to destroy the creatures of darkness

Get a thunder-packed uppercut of adrenaline in today’s trailer with fast-paced and visceral third-person combat. Paint your lightning-fueled gauntlet with monster blood using brutal combos as you blast your way through various weird west locations. Face hulking abominations, screeching monstrosities, and ancient vampires and ram them all back to hell one piece at a time in spectacular boss fights and encounters.

Evil West releases in 2022 on PlayStation 5, PlayStation 4, Xbox Series X|S, Xbox One and PC. Wishlist the game now, follow us on social networks, and sign up as a Focus member now to get latest info and upcoming exclusive offers for Evil West and the whole Focus catalogue. 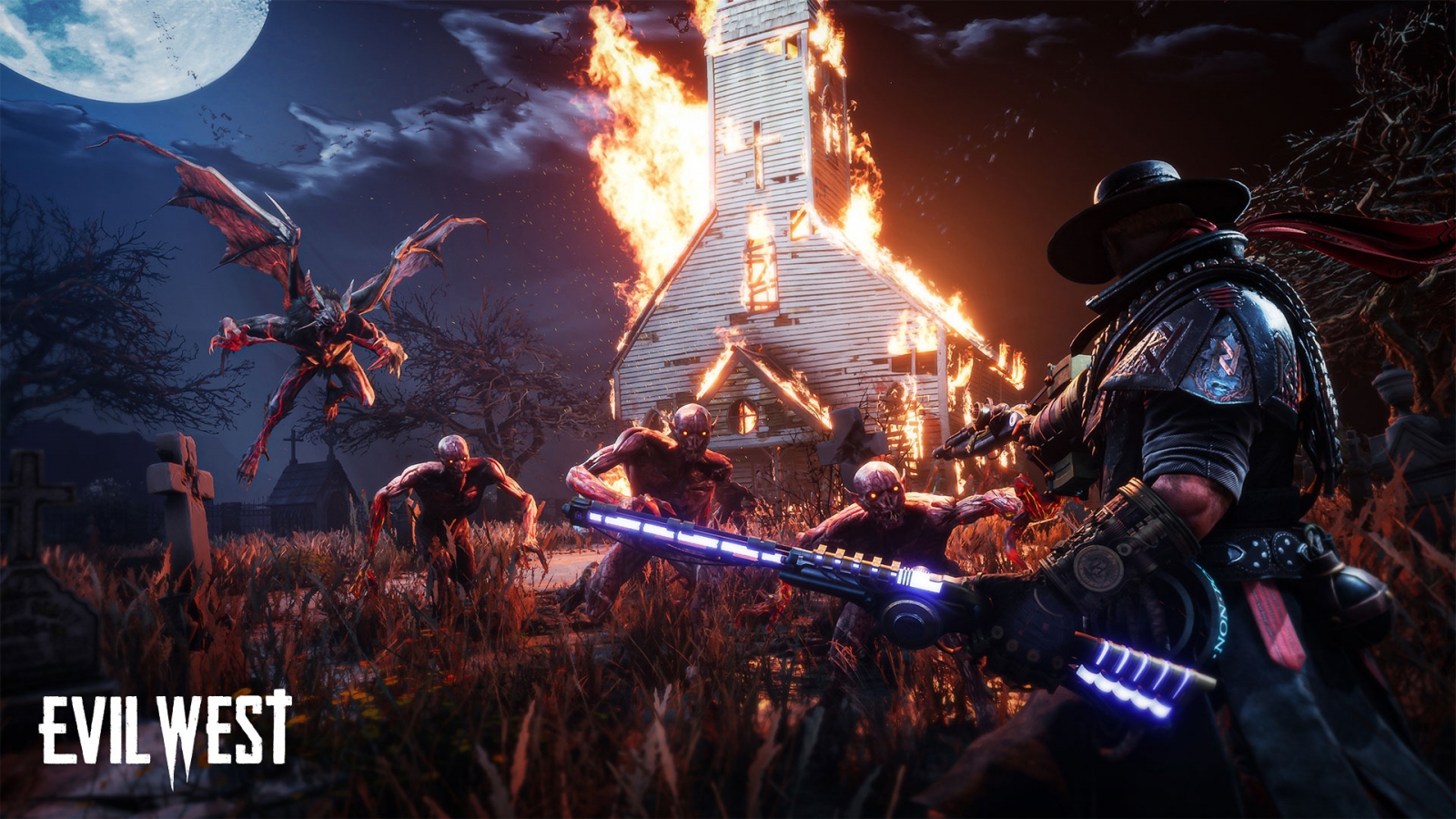 Evil never sleeps… but it bleeds.

A dark menace consumes the American frontier. As one of the last agents in a top-secret vampire-hunting institute, you are the final line between humanity and a deep-rooted terror that now emerges from the shadows. Rise up to become a Wild West Superhero, eradicate the vampire threat and save the United States!

In visceral, explosive combat, unleash hell with your firearms, lightning-fueled gauntlet and gadgets. Kill bloodthirsty monstrosities in style as a lone hunter or in co-op with a friend. Explore and fight in a narrative-driven campaign while upgrading your weapons and hunting tools. Unlock new perks to evolve your monster-slaying mastery, crafting your own playstyle to defeat the supernatural hordes.

Battle alone or with a friend in stylish, gory action combat
Myths and legends retold within a stylised, weird wild west universe
Evolve with perks, upgradable weapons, and tools
Explore and fight through a story-driven campaign to save America

Stay tuned to Gaming Trend for more info on Evil West and for all your gaming, tech, and entertainment news!