Multiversus continues to add new characters with the latest update adding everybody’s favorite mogwai from Gremlins, Gizmo, to the roster. Gizmo is a support class character with a unique moveset catered to his charm and talents, with one of his skills including the ability to attach to a teammate to help absorb incoming damage. A new trailer has been released (found above) showcasing Gizmo’s fighting prowess. Read below for more info:

Warner Bros. Games has announced that Gizmo is now available to play in MultiVersus, the free-to-play platform fighter developed by Player First Games. The adorable Mogwai creature from the Gremlins franchise who must avoid bright light, water, and eating after midnight arrives as part of MultiVersus Season 1 and is a Support class character with a unique moveset that shows off his charm and talents, including the ability to attach to teammates to help absorb incoming damage. Gizmo’s attacks and specials are on display in a newly revealed gameplay trailer featuring his musical note projectiles, iconic pink toy sports car, and signature bow and arrow, as well as his Combat Gizmo character variant which is available now for in-game purchase. 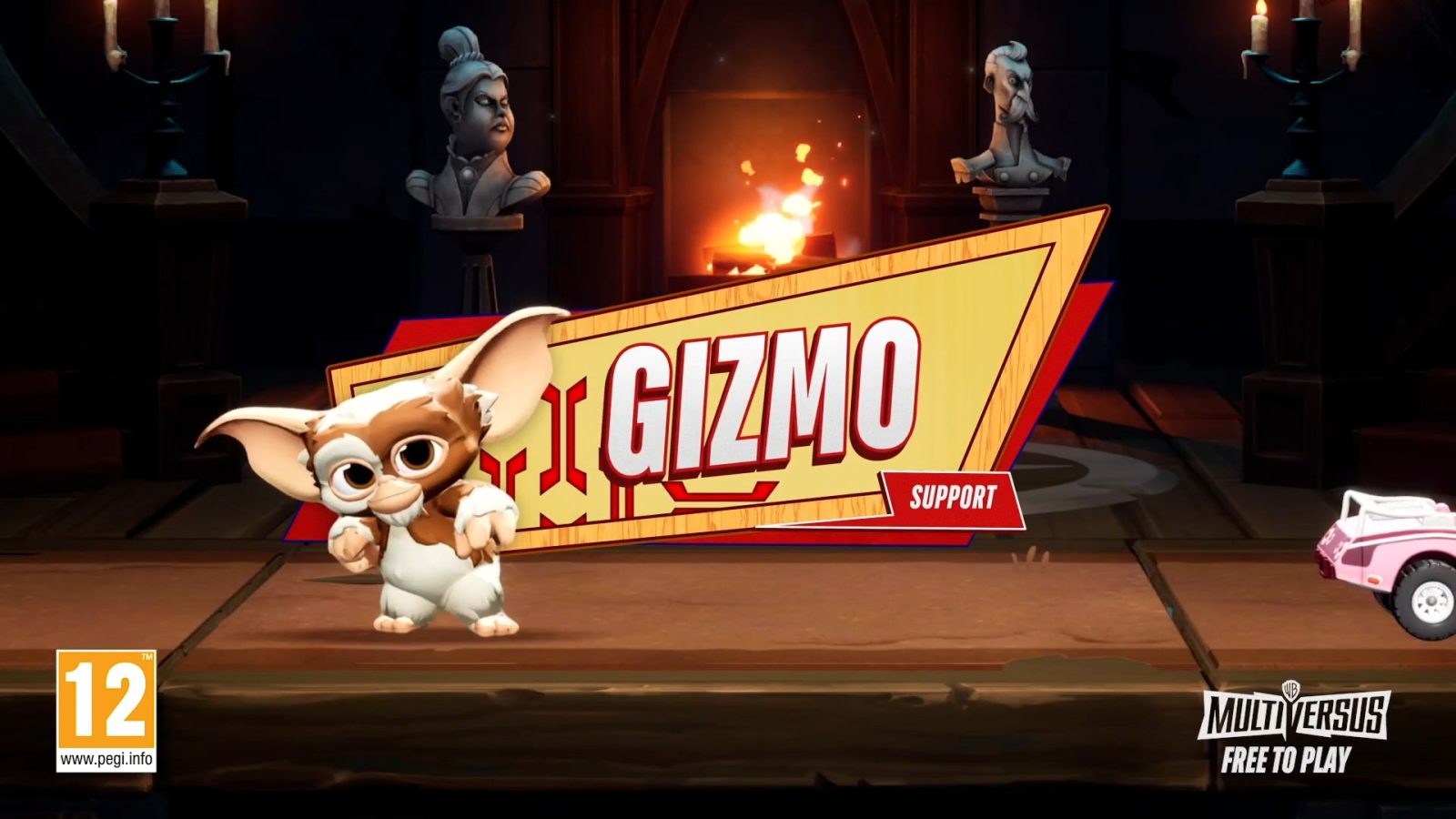 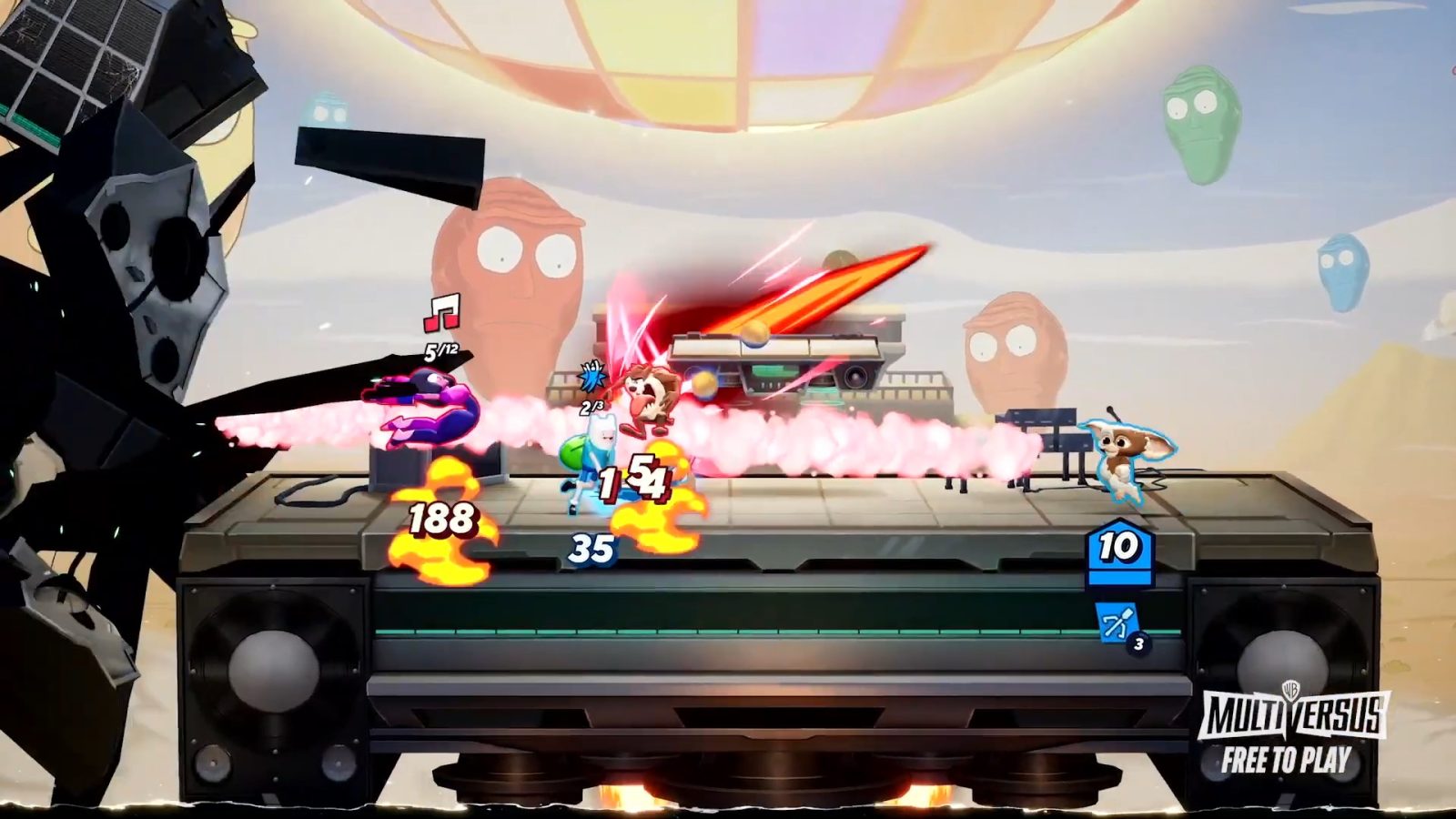 MultiVersus is an all-new free-to-play platform fighter in development by Player First Games that introduces a team-based 2 vs. 2 format combined with an all-star cast of iconic characters, including Batman, Superman, Wonder Woman, and Harley Quinn; Shaggy and Velma (Scooby-Doo); Bugs Bunny and Tasmanian Devil a.k.a. Taz (Looney Tunes); Arya Stark (Game of Thrones); Tom & Jerry (Tom and Jerry); Jake the Dog and Finn the Human (Adventure Time); Steven Universe and Garnet (Steven Universe); Iron Giant (The Iron Giant), LeBron James (Space Jam: A New Legacy); Morty Smith (Rick and Morty), Gizmo (Gremlins), and an extraordinary original creature named Reindog. More heroes and personalities will be continually added to the game, including Rick Sanchez (Rick and Morty), Black Adam (DC), Stripe (Gremlins), and many others who will join the MultiVersus roster in the coming months. 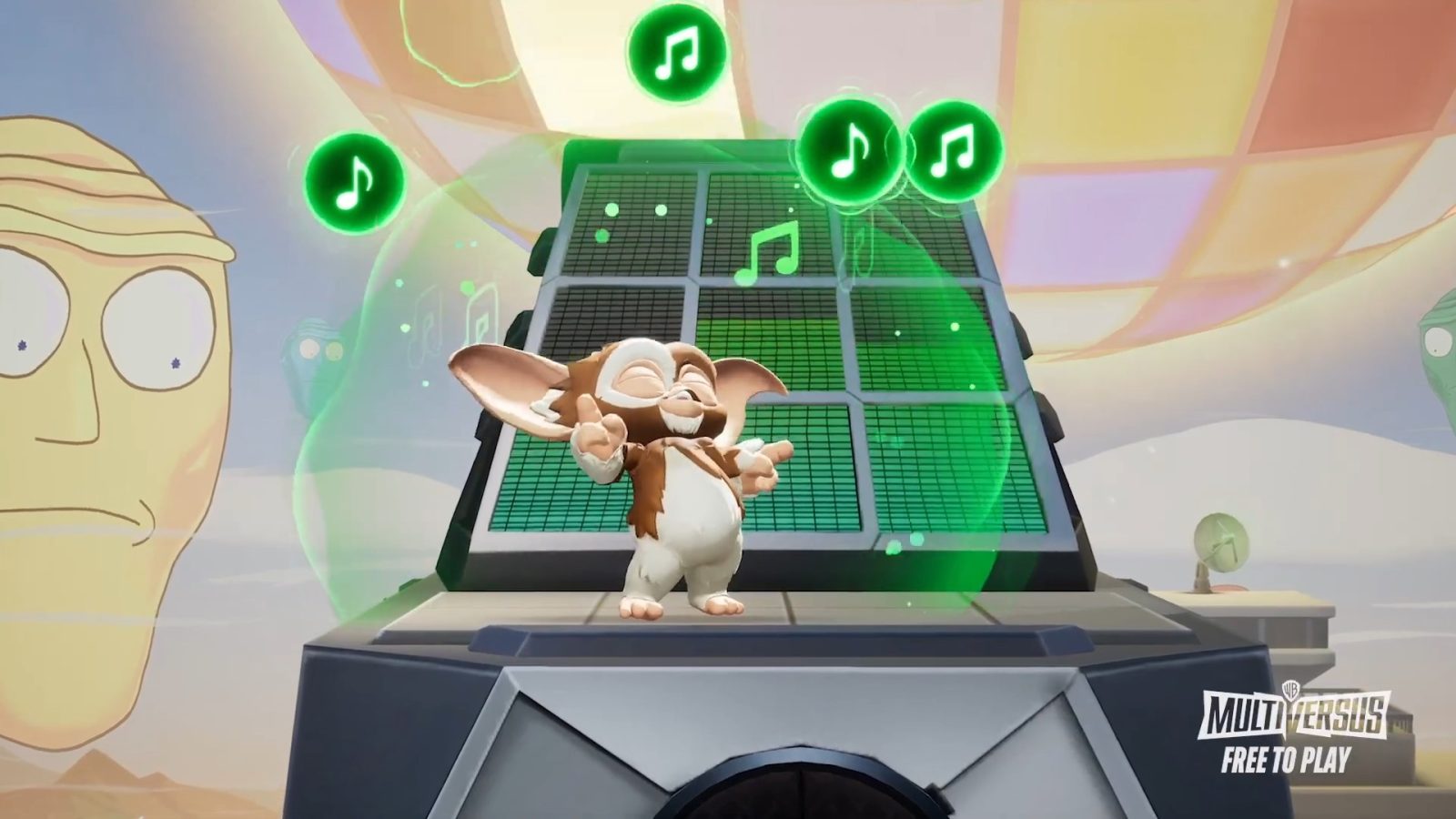 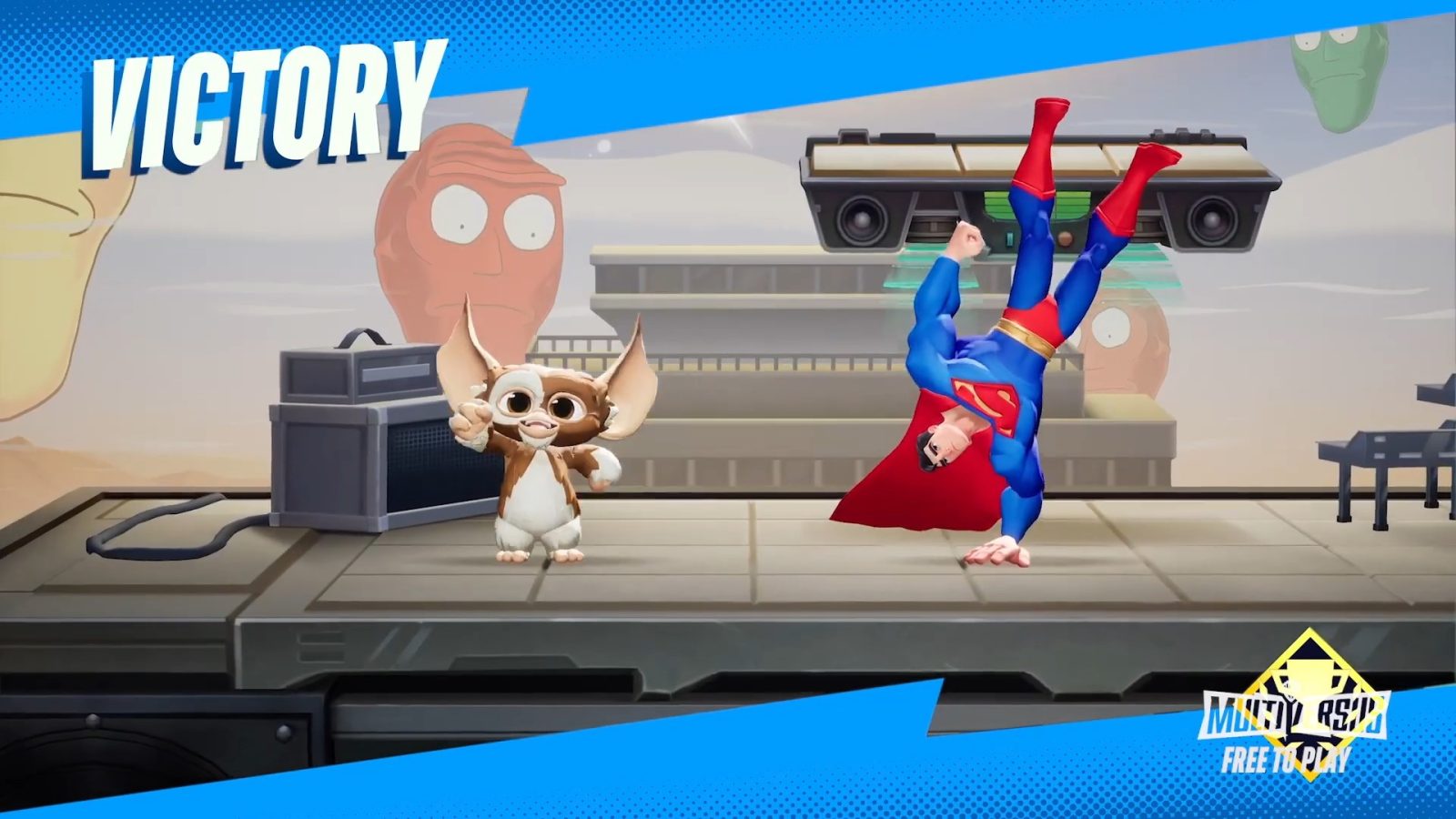