Earlier this week, Studio Erikson and Headup Games announced that the frantic multiplayer racing game Fromto will be available on PC and Nintendo Switch during Q2 of this year. The game will encourage turn-based racing and some hilariously creative courses through the game’s building tools.

Fromto is a horrible, childish 2D sandbox racing game with in game track building.  All players race an unfinished track in turn. When everyone fails all players must ‘work together’ to modify the track before they try again. Think strategic, build sneaky routes and trick your opponents with nifty traps and obstacles. Experiment endlessly with tons of track parts and win in unthinkable ways. Play with up to four friends (online or offline) in this action packed living playground. After you ruined all your friendships you can dive into the single player speed run challenges.

Fromto is primarily intended as multiplayer – online as well as local. It also features a hotseat mode so you can play with four friends using only one controller. The single player on the other hand is quite a challenge and offers +25 levels to compete with players around the world to set the best time. 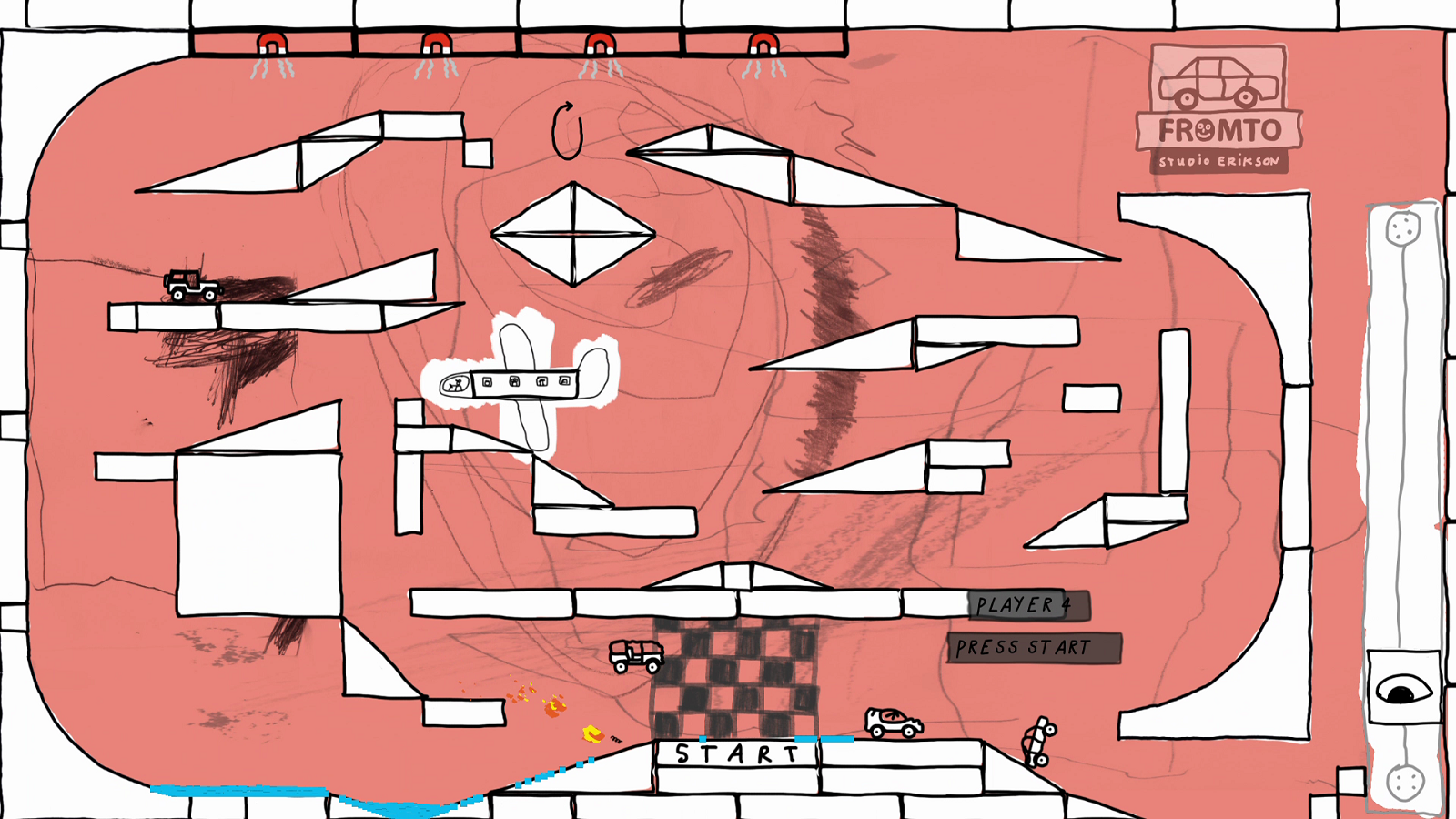 Racing in Fromto is turn-based, while in the build round all players are playing together in real time. (Except for hotseat, of course.) During the build rounds you can both add helpful objects as ramps, and also make the track harder for your opponents as the traps you place will be passive when it is your race turn again. This adds a strategic element to the game. Creating a race track together in which everybody wants to win, often results in some hilarious childish chaos!