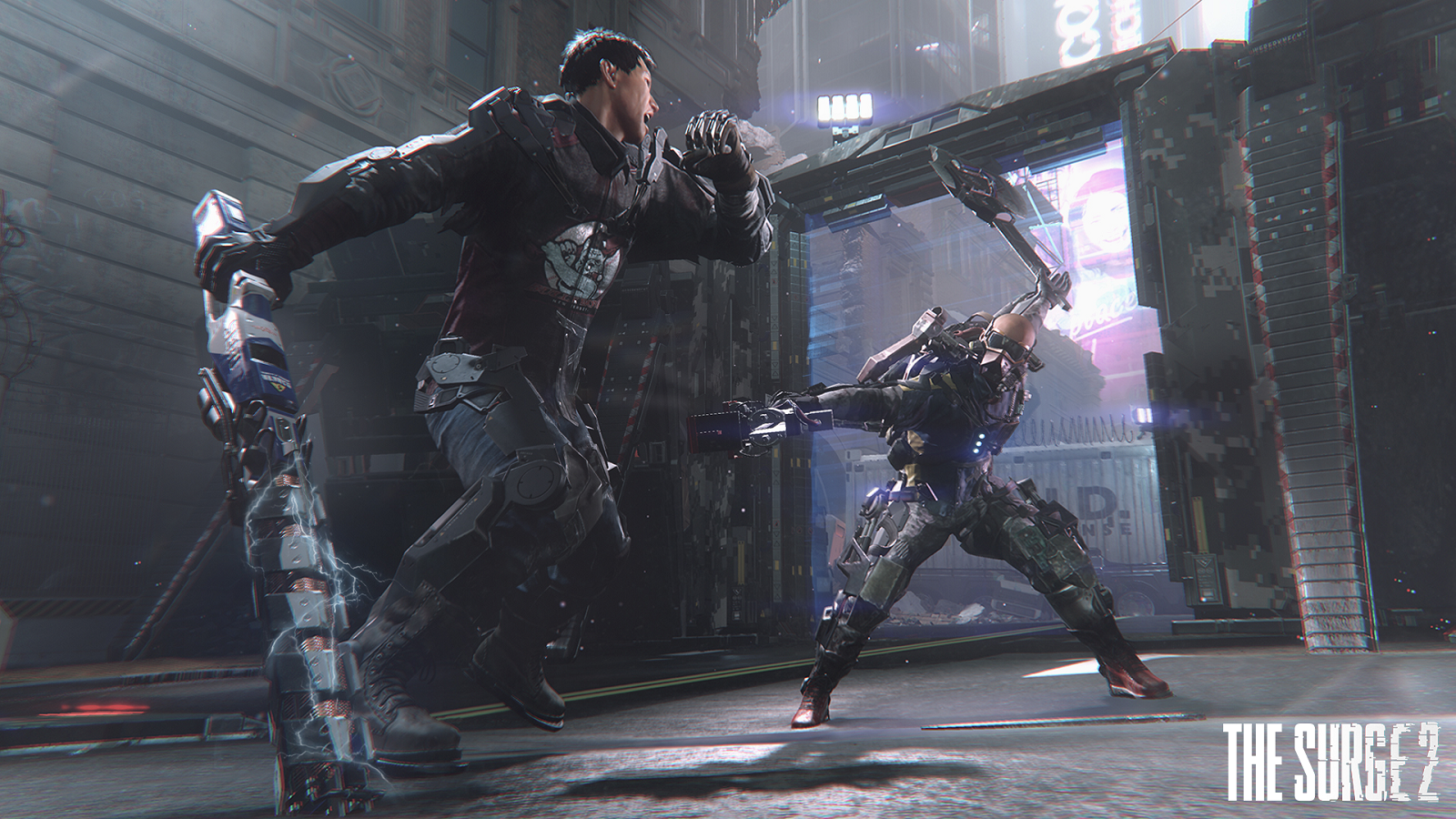 Today, Deck13 announced that its sci-fi action-RPG The Surge 2 will be available for PlayStation 4, Xbox One, and PC on September 24. The follow-up to the 2017 game, The Surge 2 will also come with some pre-order goodies for those who purchase it on consoles. 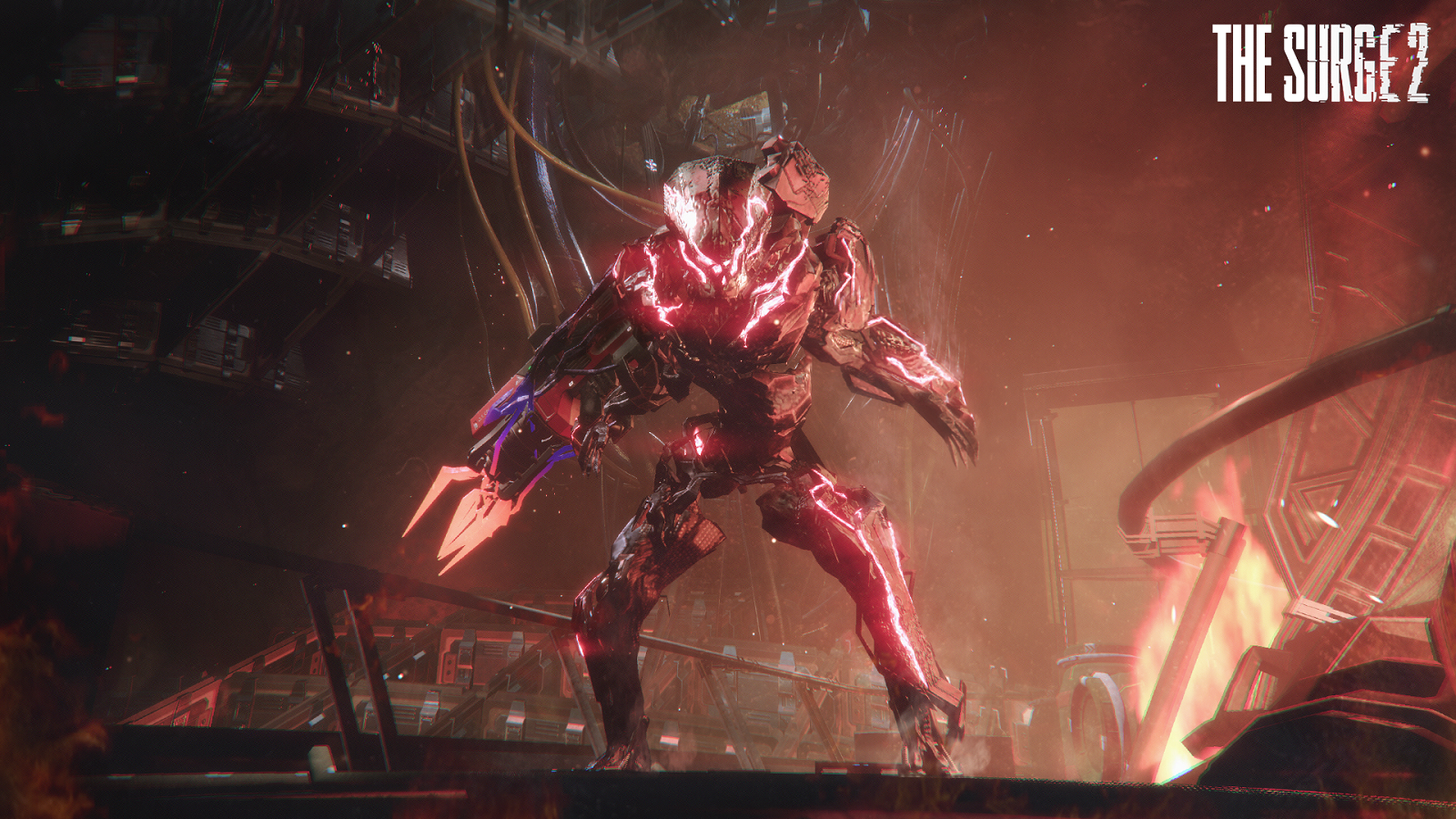 The Surge 2 keeps what fans and critics loved about the original – hardcore combat utilizing a unique, dynamic limb targeting system and deep character progression – while also expanding greatly upon the formula. The Surge 2 takes place in a brand new environment: a sprawling, devastated city with larger and more ambitious level design, made possible by Deck13’s upgraded and improved engine. Combat is more brutal and tactical than ever, with even more options thanks to an expanded limb targeting system. In addition, more abilities, weapons, implants, and drones give players a vast arsenal to build their character with, in their fight against the array of diverse new enemies and bosses. 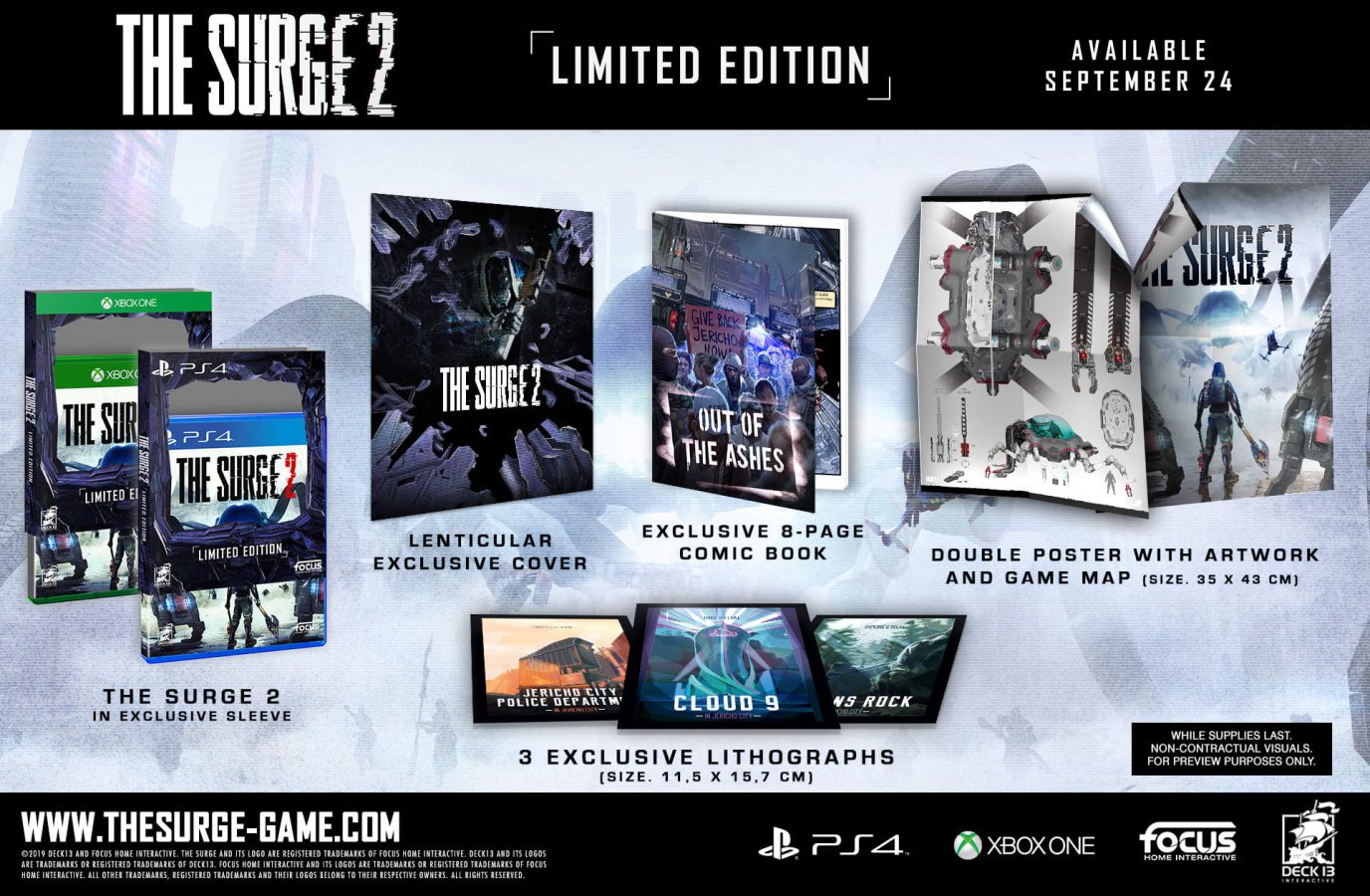 Players who preorder at participating retailers will receive the URBN Gear Pack DLC for free, which includes an armor set, two weapons, one drone, one module, and a bonus online message icon (check listings for local availability). The Surge 2 Limited Edition is now also available for pre-order, including an exclusive lenticular cover, an 8-page comic book, a massive double-side poster and three lithographs. The Limited Edition is available from select retailers worldwide.

Check out Travis’ review of the original The Surge, and stay tuned for more news here on Gaming Trend.