The newest Pokémon Direct has landed, and with it a confirmed, global, simultaneous release date of November 15th. The Direct featured several new Pokémon from the Galar region, including Gossifleur and its evolution, Eldegoss, Wooloo, Corviknight, Drednaw, and the region’s legendary Pokémon, Zacian and Zamazenta. While Zician and Zamazenta appeared to come together to clash at first, they stand back-to-back by the end of the short video, suggesting that these Pokémon may need to work together to overcome a greater threat.

The Direct focused heavily on the new Dynamax feature, which will allow your Pokémon to grow both in size and power for three turns once per battle. Dynamaxed Pokémon will also make an appearance in a new mutliplayer feature, where up to four players can now team up to take on giant Raid Boss Pokémon. 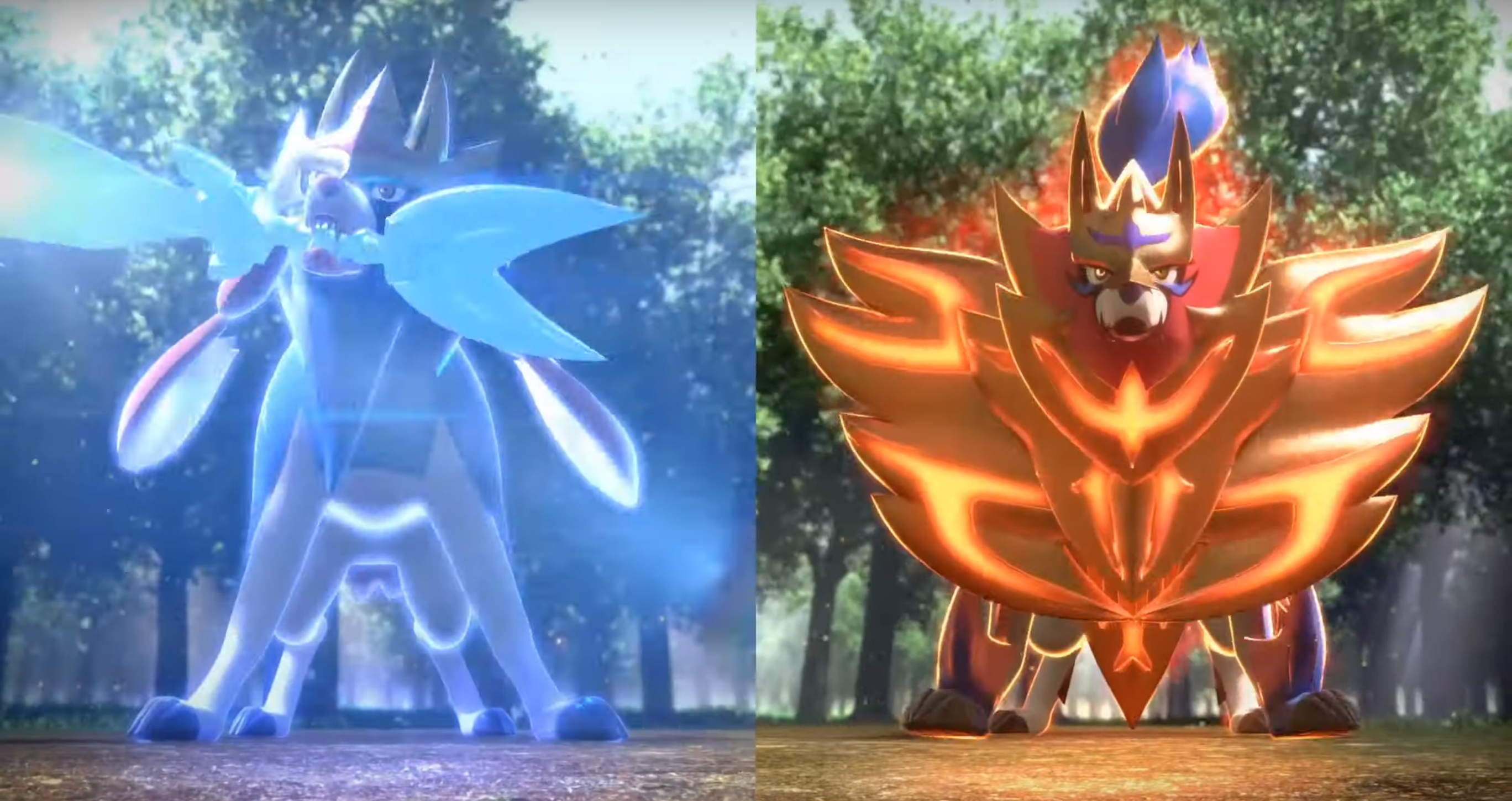 There were a number of features which were shown but not mentioned during the Pokémon Direct. The video featured wild Pokémon wandering the overworld in the “wild area.” The wild area is describe as the area stretching between several towns, so this appears to be a substantial area within the actual world map, rather than a more limited area, such as the Safari Zone. The bicycle has made a return, and it appears that you can now ride it across the surface of water via balloons attached to the wheels. We also see the main character fishing, shaking trees to collect berries, and whistling at a Pokémon to bring it closer.

Pokémon Sword and Shield is the first main Pokémon game which gives the player control of the camera. No longer fixed overhead, you’ll be able to move the camera to hunt for items, Pokémon, and to make your very own sweeping, cinematic videos, if that’s your thing.  You’ll explore the world with the help of your Rotom Phone Pokédex, though outside of powering up your bicycle, we’ve yet to learn what new features the phone comes equipped with.

Be sure to check out the official Pokémon website for more information about the Galar region, it’s Pokémon, and new game features.