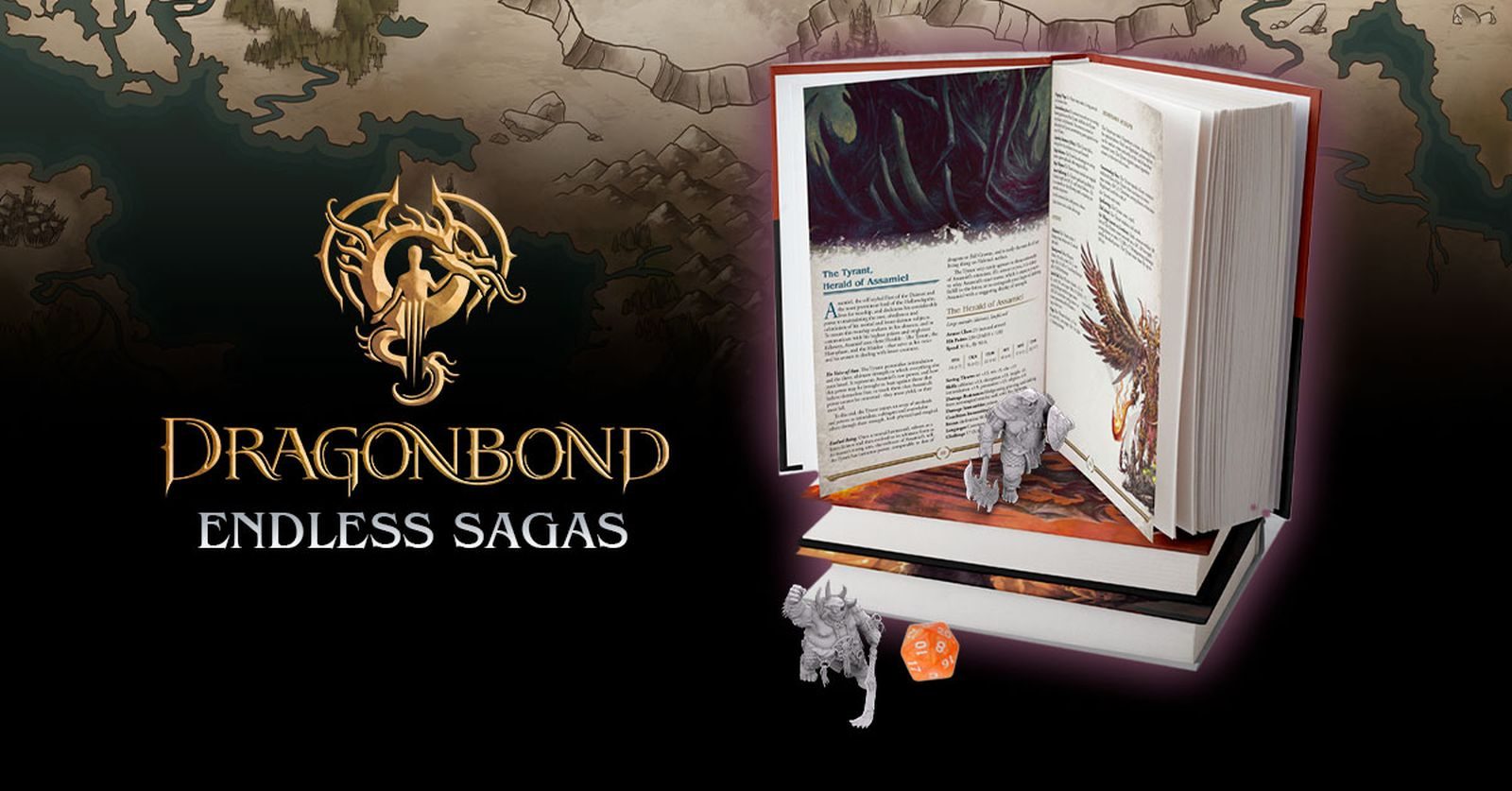 Dragonbond: Endless Sagas, a new dragon-themed 5e compatible TTRPG from Draco Studios, is launching on Kickstarter in October. You can read more in the official press release below:

Draco Studios are thrilled to announce the release of Dragonbond: Endless Sagas. A complete TTRPG experience and fully self-contained set of rules, sourcebooks and adventures. Coming to Kickstarter in October, Endless Sagas is powered by the 5th edition Open Gaming License, making it easy to learn for veteran players, while incorporating a host of exciting additions and innovations to keep the action fresh and unique.

As you might expect from the name, dragons are a huge part of the setting. Acting both as protagonists and antagonists of various plots and adventures, and influencing epic events in which players might find themselves shaping the very future of the world. In addition, the unique Dragonbond mechanic means that player-characters have the chance to form symbiotic relationships with dragon companions, growing and advancing together without unbalancing the party composition.

Dragonbond is already an established setting for Draco Studios with a rich background of limitless scope. Numerous successful kickstarter campaigns have started to bring this universe to life, with 3D printable miniatures, an RPG adventure and a boardgame already created. The wargame, comics and novels are under development and the TV series is in the pipeline. This year the TTRPG will take the setting to new levels, and players can benefit from the cross media experience created by Draco Studios in order to enrich the gaming experience. 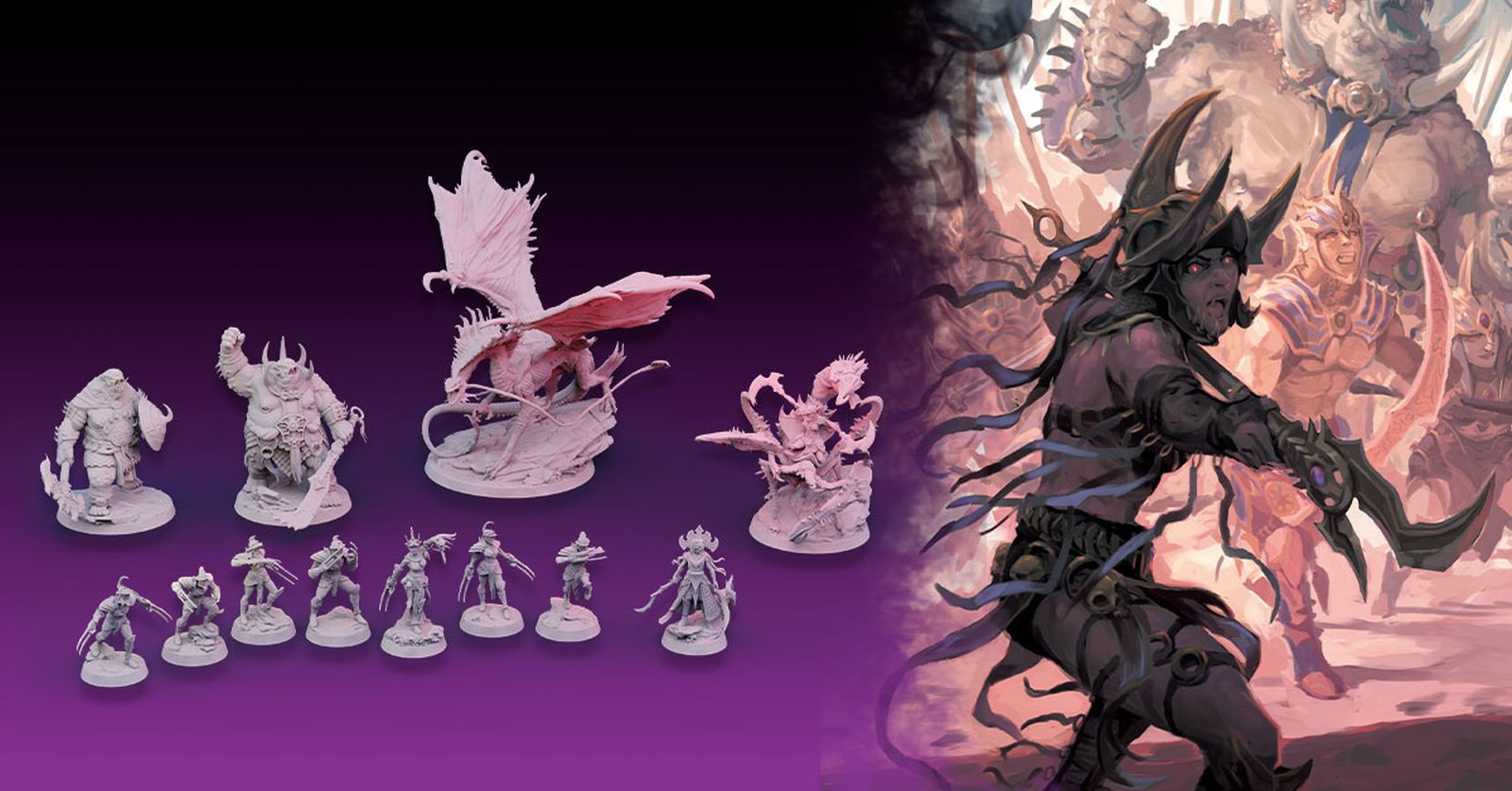 Draco Studios are also inviting the gaming community to be involved in the creation of the RPG by participating in the Open Beta running throughout the year. Players can sign up to join and receive a host of rewards for playtesting and providing feedback on monthly quests. You can sign up here.

Wizards of the Coast writer Sarah Madsen says “I’m thrilled at the opportunity to work on a project with such a rich world and unique lore. In Dragonbond, dragons take center stage alongside the heroes, as both terrifying antagonists and powerful allies. The chance to create a connection with such a legendary creature presents opportunities for deep storytelling and powerful, epic abilities.”

ENnie award-winning Brian Suskind says “Designing Dragonbond is such a wonderful opportunity. The setting offers fascinating and engaging lore based around familiar 5e rules, while also incorporating tons of new RPG aspects. Our approach is to take what everyone loves about 5e and make it feel brand new. For instance, we’re giving a unique twist to the classic classes and crafting a fresh, dynamic magic system, and those are just two examples of the amazing world of Dragonbond!”

Games Workshop veteran Mark Latham says “Dragonbond is a fantasy setting quite unlike any other. Inspired by vibrant Mesoamerican mythology, it is a world shaped not by gods, but by mortal heroes. The players are an active part of a tumultuous, world-defining epoch, where the titular dragons are at once their most terrifying foes and most valuable allies.”

The RPG core books include three beautifully illustrated hardcover books (approx. 300 pages each), detailing everything players need to know to immerse themselves in the Dragonbond universe.

The Gazetteer is the ultimate sourcebook for the Dragonbond universe, describing in lavish detail the realms of Valerna, the Hollowdepths (Valerna’s underworld), the red moon of Drakha, the Null, and the history of the Dragonbonded themselves.

The Dragonbond Bestiary is the complete guide to the races, creatures and monsters of the Dragonbond universe, with background information, special rules, and 5e-compatible stat blocks for everything from deadly Skorpikons to majestic Dragons!

Additionally, as a stretch goal for the campaign Draco Studios will offer the epic six-book campaign, Tyrant of the Cursed Coast! Each book will be approx. 100 pages, and together will take a party of heroes from levels 1-20, exploring the world of Dragonbond and meeting some of the iconic characters of the Dragonbond setting. In this grand adventure, adventurers have the chance to become Dragonbonded, and shape the fate of entire kingdoms.