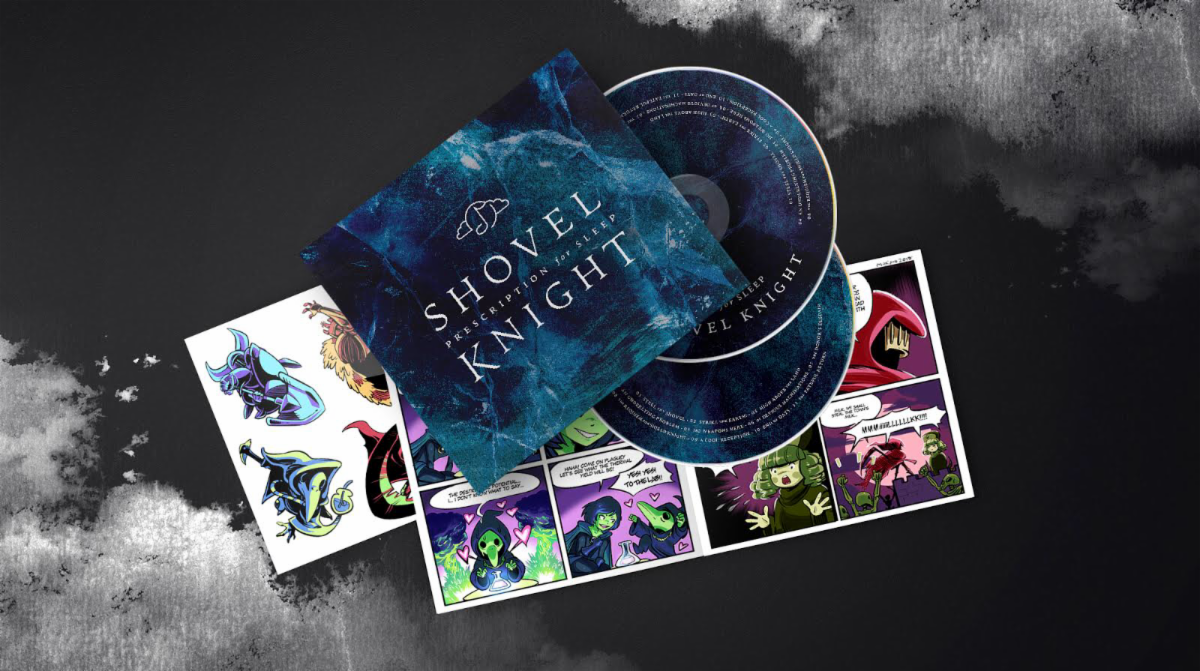 If you’re one of the countless fans that can’t wait until Shovel Knight’s final DLC update next week, you can check out the most recent Scarlet Moon Records release, Prescription for Sleep: Shovel Knight, today on all digital storefronts. The album contains 20 tracks from the game, as well as some other surprises for fans.

This eighth album in the Billboard-charting Prescription for Sleep: Game Music Lullabies series has been created alongside Yacht Club Games to bring GENTLE LOVE’s unique brand of jazzy lullabies for sleep, relaxation, and studying to one of the biggest videogame sensations of recent years. The album features 19 tracks from Shovel Knight and its expansions, including the highly-anticipated King of Cards, due out next week. GENTLE LOVE, which is comprised of Metal Gear Solid and Bayonetta series composer Norihiko Hibino on saxophone and Etrian Odyssey performer AYAKI on piano, also performs an original theme inspired by the world of Shovel Knight titled “A New Dawn” for 20 tracks total. Prescription for Sleep: Shovel Knight is available digitally today.

“I’ve been wanting to produce this album for a long time,” notes album producer Jayson Napolitano. “With King of Cards due out next week, the time is now, and we’re especially pleased to share our longest album to date with a beautiful physical edition that I personally can’t wait to get my hands on.”

The limited edition CD includes two discs of music, silver foil print on the cover, four custom die-cut character stickers, and a 20-page booklet with commentary, a performer interview, and three comics illustrated by artist Maximo Vitaly Lorenzo. The CD version is limited to just 1,000 copies and will begin shipping in the coming weeks.

Prescription for Sleep: Shovel Knight will feature key themes from across the game and its expansions. The full track list is as follows:

08. The Requiem for Shield Knight