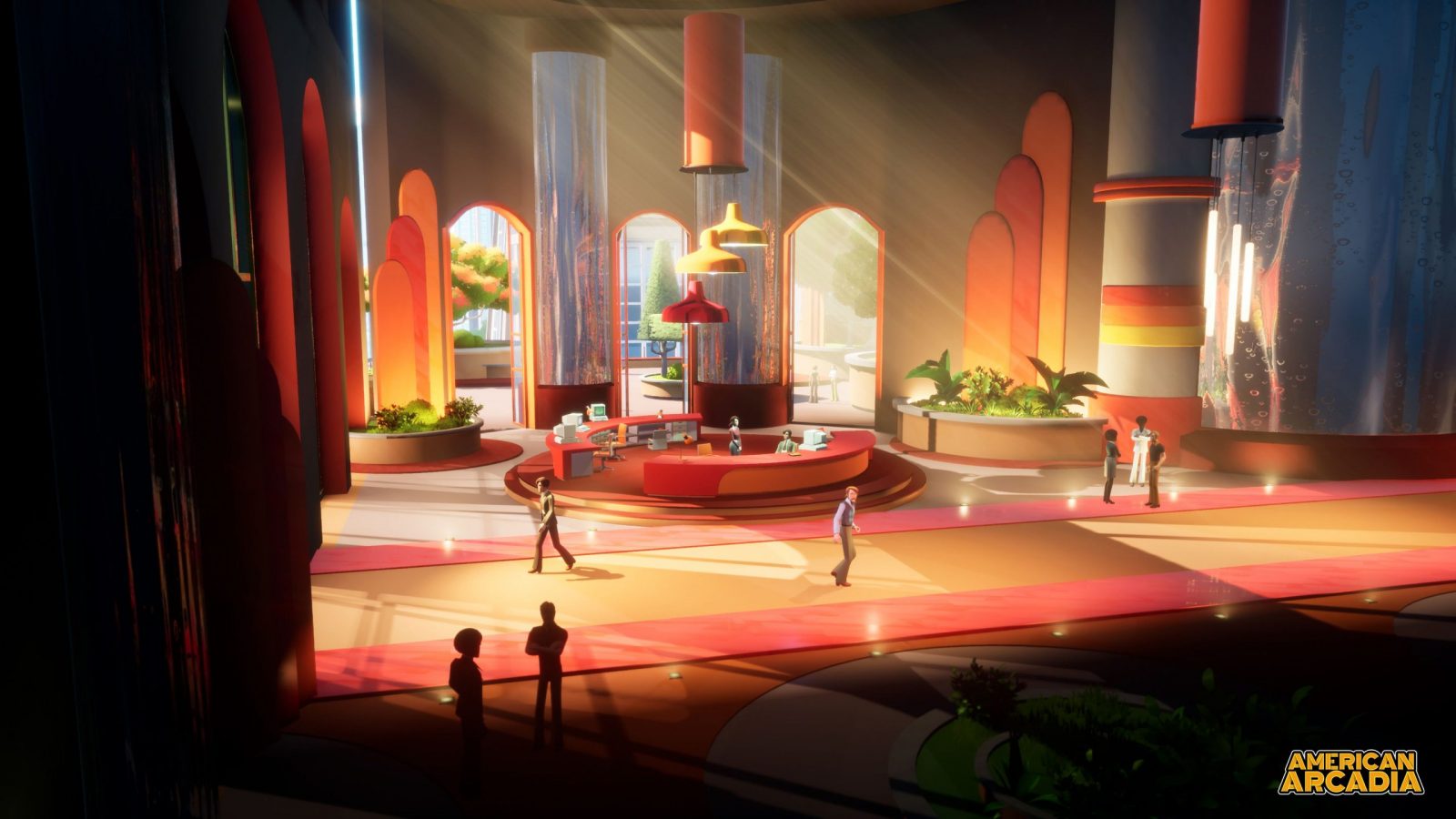 I didn’t know much about American Arcadia before now, but after the new trailer from Summer Game Fest I’m hooked. The 2.5D, 70s style intrigues me, and while we don’t have a date yet, or even a confirmation of which consoles the game will be on, it looks like a unique experience I want to take in. Check out the info below, along with said new trailer!

STOCKHOLM – June 9, 2022 – Out of the Blue, developers of the critically acclaimed Call of the Sea, and Raw Fury have revealed the first extended trailer of American Arcadia during today’s Summer Game Fest. The world premiere gives players the first detailed look at this upcoming 2.5D platformer and first-person puzzler, where players explore the unique stories of two characters – each with their own distinct gameplay – whose lives and fates are intertwined.

Welcome to Arcadia, a ‘70s-style, retro-futuristic metropolis promising a life of luxury and comfort for everyone. Only, citizens don’t realize they’re playing roles in American Arcadia, the world’s most popular reality show that’s been broadcasting live, 24/7, for decades, and their supposed utopia is not all it seems. Under the eyes of countless viewers, popular citizens lead a carefree life, but those who fall out of the audience’s favor risk a more dangerous outcome…

“Trevor is just an average person living a mundane life, enjoying his daily routine and the small little things that make him happy,” says Tatiana Delgado, co-founder and Creative Director at Out of the Blue. “In the real world that wouldn’t be a problem, but in Arcadia, not being popular enough means trouble. But he’s found help from a mysterious voice promising to guide him through American Arcadia’s backstage to his freedom. Is this offer real, or merely a gimmick to raise audience ratings?”

American Arcadia is part of this year’s TRIBECA Games Festival, running until June 19. Those interested in playing the exclusive demo can book a screening at TRIBECA’s website. More information on the title will also be revealed during this year’s Future Games Show on June 11.
American Arcadia is coming soon to PC and consoles and is available to wishlist now on Steam. For more information about the game, visit www.americanarcadiagame.com.