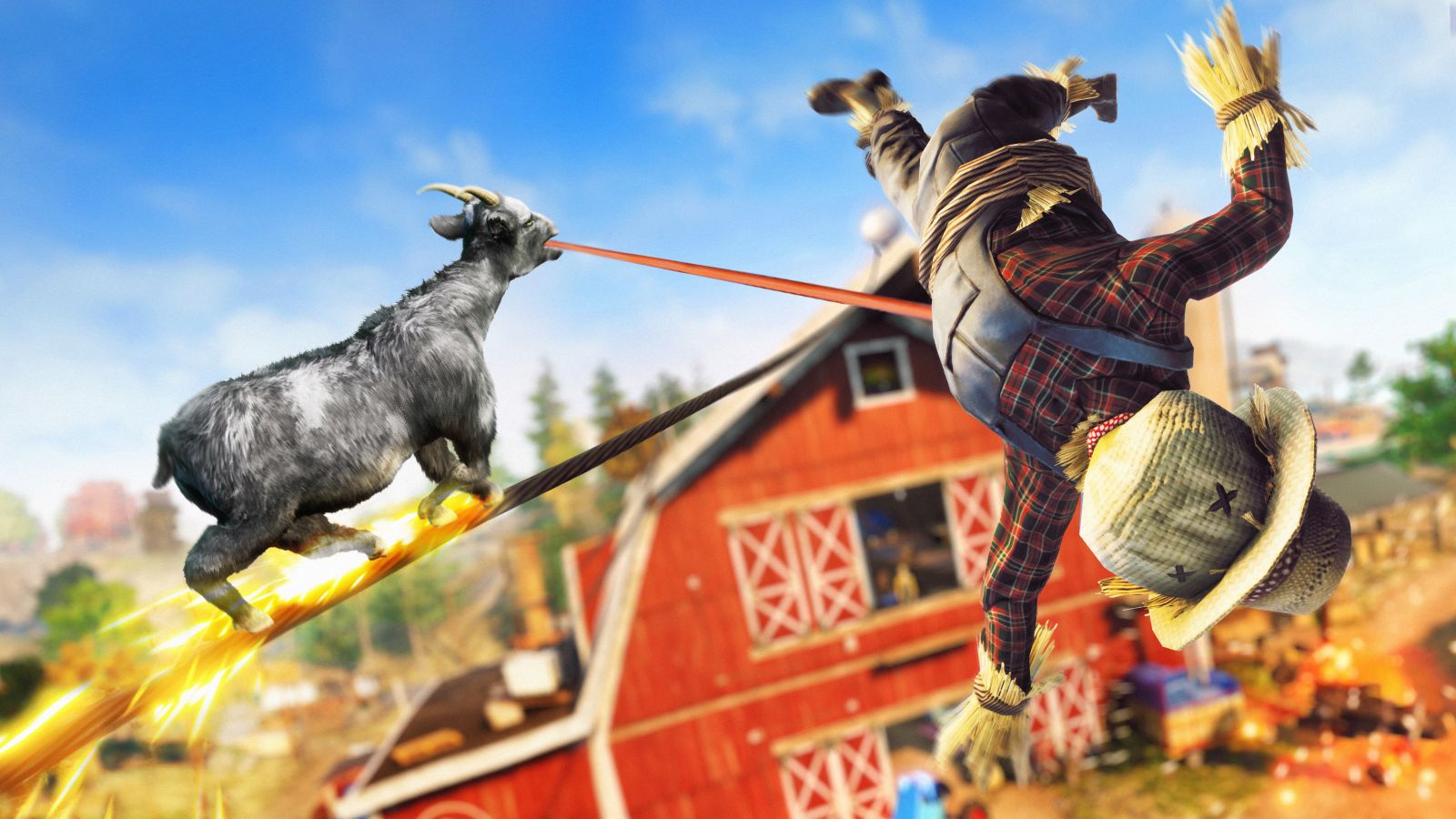 In one of my favorite announcements at Summer Game Fest, Goat Simulator 3 took the stage with an amazing parody of the infamous Dead Island 2 reveal trailer. There were goats, carnage, and of course, insanity. Even better, you’ll be able to do it with friends! While I go to figure out how I missed Goat Simulator 2, check out said trailer and the info for the game below.

This follow up to 2014’s Goat Simulator starts an all-new adventure, once again featuring Pilgor the goat. This time she’s found new pastures on the sprawling sandbox island of San Angora, a place where mysteries and chaos follow wherever you go. Players are free to roam around and discover the island’s secrets or, well, just destroy stuff. This is a Goat Simulator, after all.

Built from the gravel up, this next generation of goat simulation has it all; Goats, goats wearing hats, goats riding a goat wearing a hat. There are also unnatural disasters, secret animal societies, triple jumping and probably any other nonsense you could think up. But truly, what is all this exciting newness without friends to explore it with? In Goat Simulator 3, you can gather as a herd of up to 4 friends to be the goats of your dreams, together. Yes, Goat Simulator 3 has online multiplayer!

Santiago Ferrero, Creative Director at Coffee Stain North said “Since the release of the first Goat Simulator, it’s come to our attention that it did not really represent reality and how it actually feels to be a goat. So for the past couple of years, we’ve been doing some googling, and I am pleased to say – we’ve made it. Goat Simulator 3 is by far the greatest goat experience out there. Is it worth the money? Who knows. But will you regret it? Probably.”

Goat Simulator 3 is a direct sequel to Goat Simulator, a silly game that started life as an April Fool’s joke born out of a game jam. In 2014, Goat Simulator became a true goat simulation sensation, selling millions of units across consoles and PC, as well as ‘earning’ ports to Nintendo Switch, iOS, Android, and most-recently Apple Arcade.

Goat Simulator 3 builds on everything fans of the first game loved, raising the baa to brand new heights (sometimes literally). Goat Simulator 3 is coming to PC exclusively on the Epic Games Store, as well as Xbox Series X/S and PlayStation 5 this fall (this spring on the Southern Hemisphere). The following physical editions of Goat Simulator 3 will be available to pre-order at most major stores: