Today during a presentation for the new Super Smash Bros Ultimate DLC, Nintendo announced that Tekken’s Kazuya Mishima will arrive to the fighting game crossover tomorrow. The second to last DLC character will also come with a new stage, with a variety of purchasable Mii costumes up for grabs too.

Revenge is a dish best served on the stages of Super Smash Bros. Ultimate! On June 29, the vengeful Kazuya Mishima from the TEKKEN fighting game series joins the Super Smash Bros. Ultimate game for the Nintendo Switch system as part of the Challenger Pack 10 DLC, which also includes a new stage and a selection of music tracks from the decades-spanning TEKKEN franchise. In a video hosted by Masahiro Sakurai, the Super Smash Bros. series director provided a deep dive into the new fighter’s move set, as well as a detailed look at the new Mishima Dojo stage.

Challenger Pack 10 is part of Super Smash Bros. Ultimate Fighters Pass Vol. 2, which can be purchased for $29.99 and also includes Min Min from the ARMS game, Steve & Alex from Minecraft, Sephiroth from the FINAL FANTASY series, Pyra/Mythra from the Xenoblade Chronicles 2 game and one yet-to-be-announced fighter that will release later this year. Challenger Pack 10 can also be purchased separately for $5.99.

“With the addition of Kazuya Mishima from TEKKEN, yet another long-running, historic video game franchise joins the roster of Super Smash Bros. Ultimate,” said Nick Chavez, Nintendo of America’s Senior Vice President of Sales and Marketing. “The new fighters introduced to Super Smash Bros. Ultimate through DLC offer players even more ways to battle it out, with additional strategies to perfect and new skills to learn.” 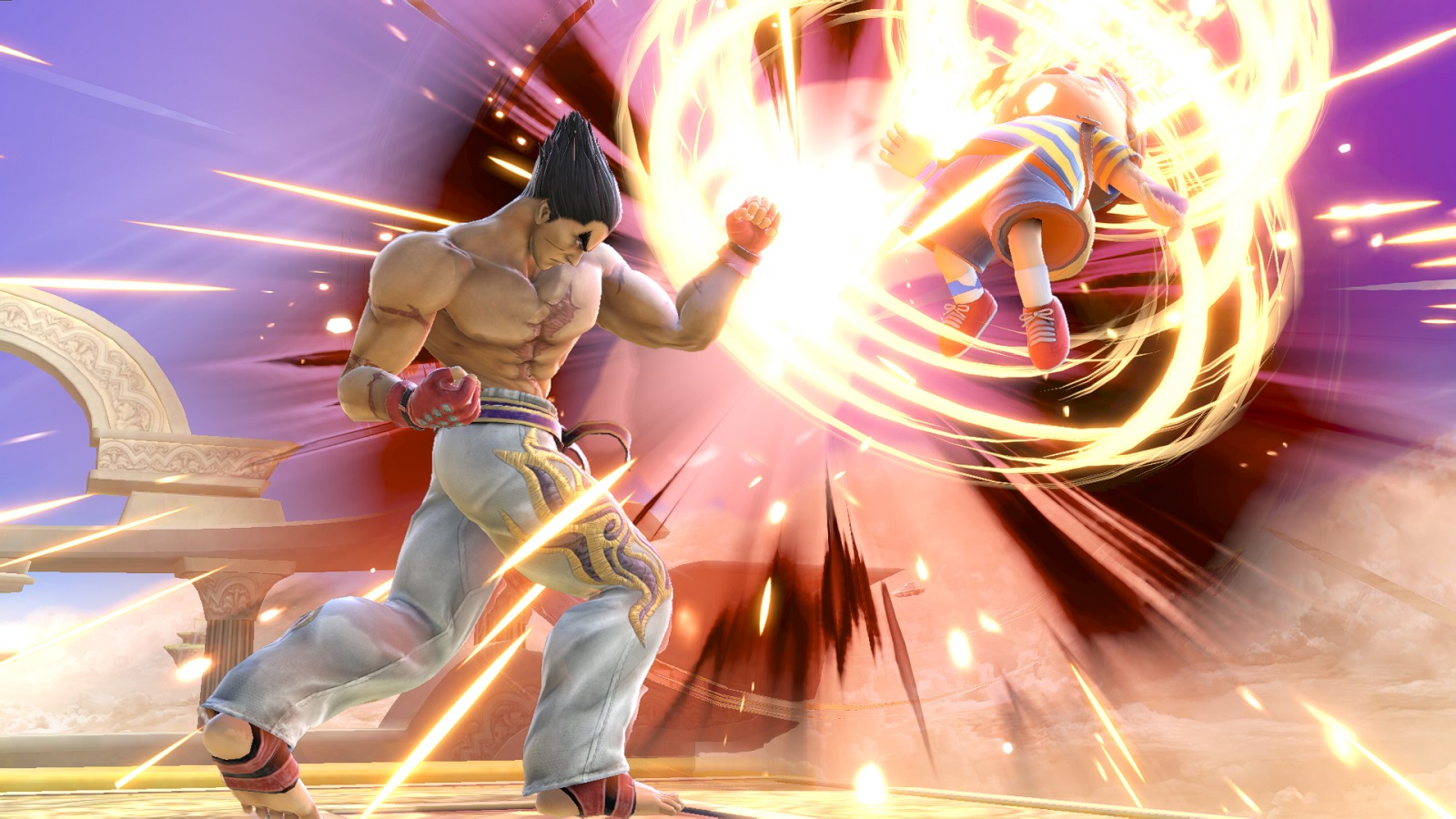 Debuting more than 25 years ago in the original TEKKEN game, Kazuya Mishima is one of the most recognizable faces in the storied fighting game series. Kazuya moves from the arenas of TEKKEN, where players must understand the space between characters and focus on where to hit their opponents in a 3D plane, to the battlefields of Super Smash Bros. Ultimate, where players must attack their foes through 2D heights and distances. Because of this change in gameplay dimensions, Kazuya shows off a special skill set in Super Smash Bros. Ultimate when compared to his TEKKEN roots.

The new stage that players will receive in Challenger Pack 10, Mishima Dojo, is the dojo of the Mishima family – specifically Kazuya’s father Heihachi. The dojo is closed off in all directions, but its walls and ceiling can be broken with strong attacks, turning the stage into dangerous terrain. With no floating platforms, the Mishima Dojo stage is more grounded than many other stages in Super Smash Bros. Ultimate, requiring new strategies when battling on it.

After downloading Challenger Pack 10, players will also receive 39 music tracks from the TEKKEN series, containing a mix of songs from earlier and more recent games in the franchise. Additionally, launching alongside Kazuya Mishima are new paid Mii Fighter costumes, including Shantae, Lloyd Irving, Dante and Dragonborn.

Check out our review of the game and stay tuned for more news here on Gaming Trend.