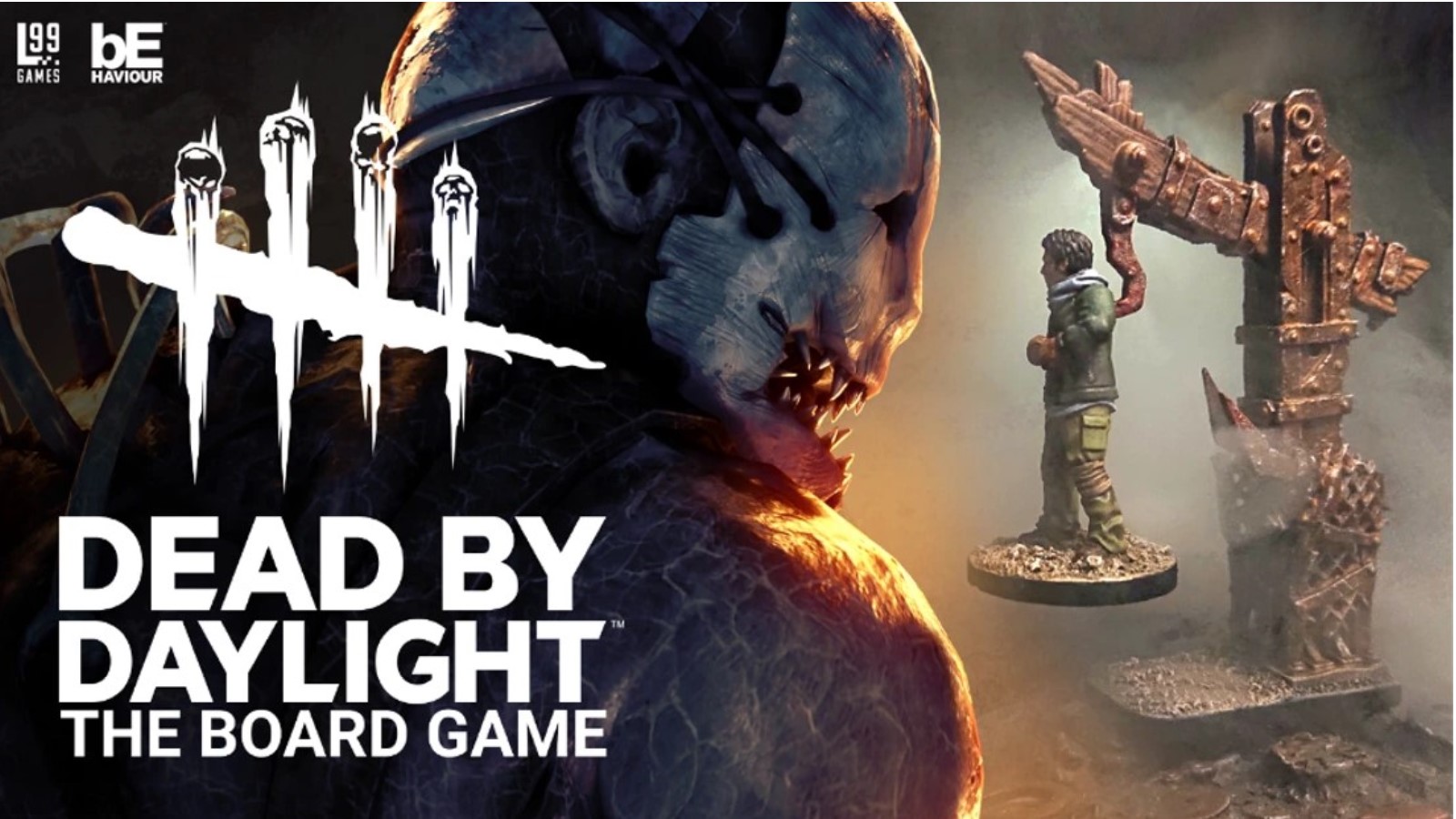 Dead By Daylight: The Board Game is now available to back on Kickstarter. The board game will be available in two editions, a standard edition priced at $49.99 which will include 6 killers, 7 survivors, and 2 maps and a collector’s edition priced at $99.99 which will feature 16 killers, 17 survivors, 4 maps, upgraded components, and more. Read below for full details:

Pre-orders for the special collector’s edition board game launched today, with copies scheduled to arrive for Halloween 2022

Albuquerque, NM, March 29, 2022 — Today, Dead by Daylight: the Board Game, developed by Level 99 Games and inspired by the world-renowned hide-and-seek video game, launched on Kickstarter. Fans can pre-order the game—which is scheduled to arrive just in time for Halloween 2022—by visiting the project’s Kickstarter page now and reserving their copy.

Created by board game veterans Level 99 Games in collaboration with Behaviour Interactive, Dead by Daylight: the Board Game promises to recreate the intense experience of the slasher-movie-inspired video game on fans’ tabletops.

Between 3 and 5 players will take on the roles of the resourceful Survivors or the relentless Killer, then traverse the board to either survive and escape or hunt down their quarry. Players will be able to use special items, perks, powers, and props scattered throughout the Trial Grounds to achieve their objective.

The game balances playability and style. A large board and detailed miniatures make it easy to tell what is happening from across the table, and graphics draw heavy inspiration from the video game’s aesthetics.

“Accessibility is a key aspect of the game,” says lead designer D. Brad Talton Jr. “Dead by Daylight embodies a lot of detailed concepts but presents these very simply and intuitively. We worked hard to capture that aspect in the tabletop game as well, so that players of all skill levels can find something to enjoy.”

Fans can pledge between now and April 21st to reserve a copy of either edition on Kickstarter. The game is scheduled for delivery in October 2022, just in time to play at Halloween parties this fall.