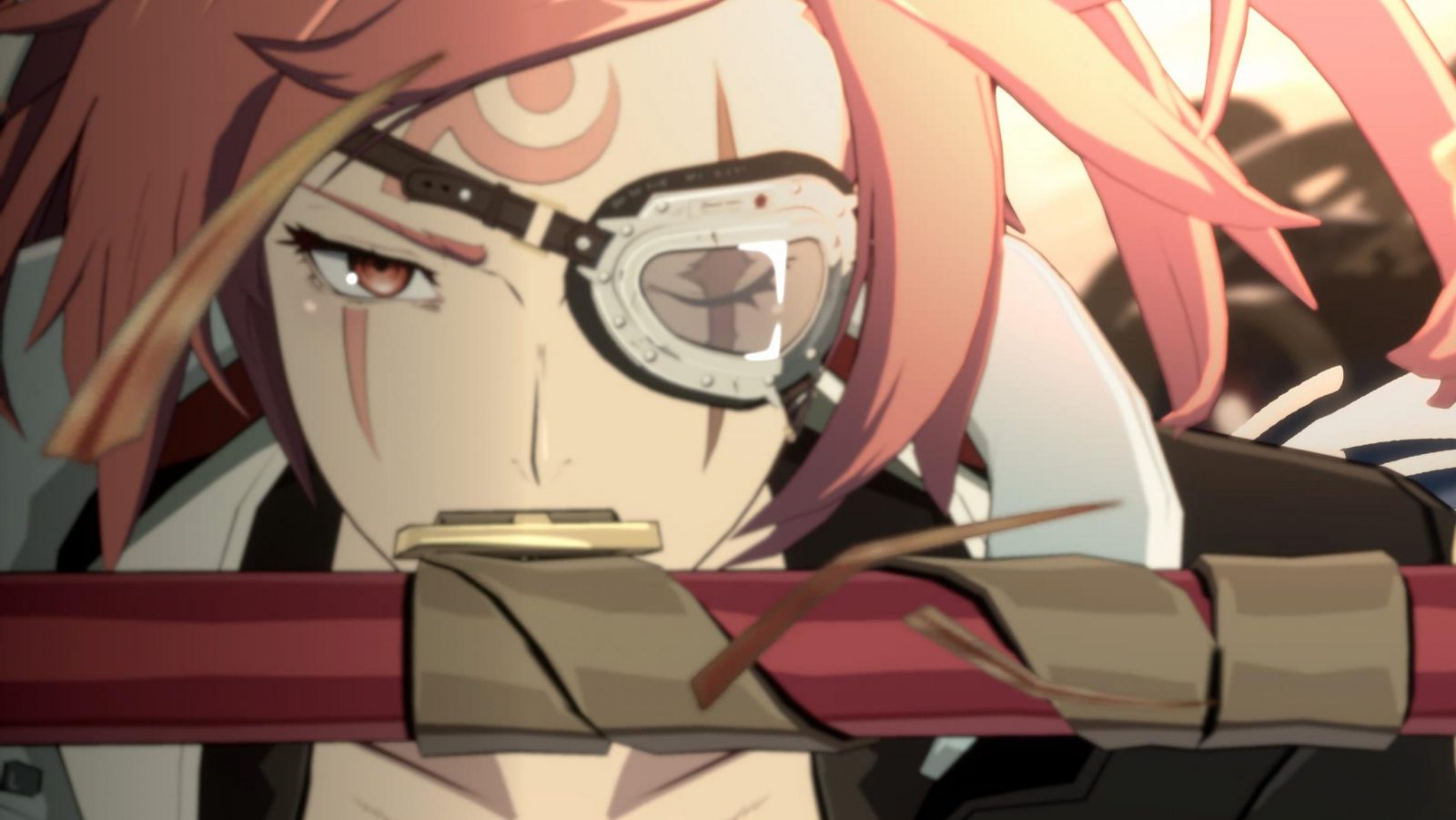 Guilty Gear -Strive-’s first Character Pass just finished up, with a total of five characters included. While the base game already had a diverse roster, these new characters each add something new and unique to the lineup. With faces both new and old, let’s dive right in.

The first character comes from the Story Mode, Secretary of Defense Goldlewis Dickinson. I said in my review I wanted to play as the President, but this is the next best thing. Goldlewis is a slower, heavier character and uses various weapons along with his fists in battle, the most striking of which is a coffin from Area 51 containing an extraterrestrial. His main gimmick involves a new gauge above his special bar representing the Alert Level. It increases quickly over time and can be consumed to modify certain moves, for example, his Gatling gun will fire more bullets at level three than at level one.

Oddly enough, I found myself the most skilled at playing Goldlewis out of all the character pass additions. I’m certainly nowhere near good at the game, especially with the more complex half-circle inputs, but I actually finished Arcade mode playing as him. He’s a lot of fun to play as, and his design and battle lines are a hilarious parody of Americans. I don’t think he’d replace Giovanna as my main for -Strive-, but I’d definitely put him into my rotation for more casual play.

Jack-O served as Sol Badguy’s companion in the story mode, but we never got to see her take part in any battles. Now, however, she dons a Jack-O-Lantern mask and is ready to do some ass-kicking of her own. To be honest, after going through her moveset, I still don’t really understand how you’re supposed to play her. Her main mechanic involves little robots you can summon and issue commands to, and already that’s not my preferred style of play. You can tell your buddies to defend, attack, and distract your opponent. For those who enjoy puppet characters, Jack-O adds a lot to enjoy.

While I may not fully grasp how her bots work yet, her other moves are a lot of fun to use. Her disco-inspired design is very appealing, not to mention her cheery personality. Given her major role in the story, I’m glad she’s finally playable.

Another major player in the story, the villainous Happy Chaos brings his dual pistols into battle. His gun brings two new UI elements – bullets and overheating. You can only fire a certain number of bullets before his gun needs to cool down and you have to reload occasionally by pressing down twice and square. This makes him something of an oddity as a ranged-focused character. When using his gun, a reticule appears on the screen showing his aim, you can wait a moment or input a command to steady it and actually aim at your opponent. Generally, his playstyle involves keeping opponents at bay by using decoys and physical attacks so he can fire off shots or reload.

Happy Chaos is an interesting character, but much like Jack-O, he’s not for me. Still, he’s a fun character and his intro where he appears on the wrong side of the stage is always hilarious. Given that his playstyle is so different from every other character, he’s a lot of fun to fight against and introduces some devious mind games.

A returning character, Baiken is a one-eyed, one-armed Japanese Samurai. She’s also incredibly cool! Her playstyle is a bit more standard and fits my style better. Baiken is skilled both in defense and offense with a wide array of mixup attacks to catch her opponent off guard like kicking a tatami mat from underneath them. She can also grapple an opponent to tie herself to them with a string, keeping them in close quarters for a time. She’s much easier to pick up and play than everyone else, and all of her attacks feel very satisfying to use and combo into each other nicely.

Baiken is also just straight-up cool. I’ve always loved the old Samurai aesthetic, but she takes it to another level with her completely unique, black and white intro sequence. I’d like to get better at playing her because she really fits everything I look for in a fighting game character. My favorites before now were Ky and Giovanna, but I’ll be playing as Baiken quite a bit in the foreseeable future.

Finally, we have Testament, who uses a scythe and magic in battle. Another returning character, they are described as a mid-range projectile focused character, but I still had a lot of fun using them up close. Their attacks use blood and have great range. A few moves send out a Succubus which allows you to teleport or perform a homing attack. Their wide array of moves makes them very versatile, but there is a depth to their playstyle that prevents them from being easy to pick up.

You may have grasped this from the previous paragraph, but Testament is non-binary and uses they/them pronouns. This is really rad of Arc System Works as you don’t often see trans characters that aren’t the butt of jokes in Japanese media. It’s great to see more trans rep in games, especially in a series as stylish as Guilty Gear and Testament does not disappoint in that regard. They have a bit of a gothic aesthetic with an all-black ensemble complete with a top hat. Testament isn’t a fan of violence, as you can see in their intros and outros, but their attacks greatly contrast this given that they use blood. Their style alone makes me want to come back and play them more often, but I don’t think I would put in the time to learn their playstyle.

Overall, Strive’s first character pass has a lot to love in it and each character adds something unique to the roster. There are quite a few oddball characters, however, so it might be worthwhile for more casual fans to research who they might enjoy before putting down the full $30.