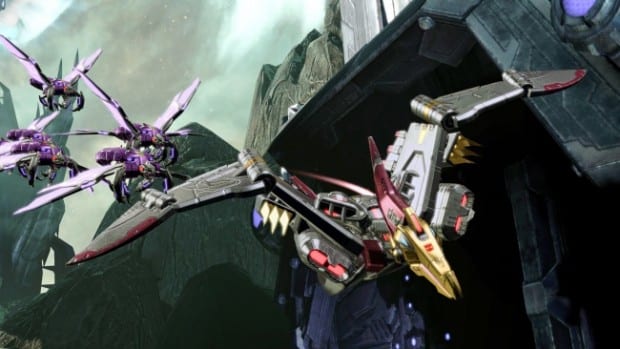 If you haven’t played the latest game from High Moon Studios, you’re missing out on a lot of fun and some of the best Transformers related entertainment this side of the 90’s. Fall of Cybertron, the sequel to War for Cybertron, includes a robust robot multiplayer mayhem. Not content to simply let it go as is, High Moon has seen fit to release more content in the form of new character models and parts to build your online warrior – or have they?

The Multiplayer Havok Pack, which has already been available, includes Ultra Magnus, Perceptor, Zeta Prime, Blast Off,  and Wheel Jack.

Dinobot Destructor Pack, a brand new set of multiplayer parts and skins, was released today and includes four of the five Dinobots – Grimlock, Swoop, Snarl and Slug (aka Slag in G1).  For some in-game action, check out the video below.

The Massive Fury Pack DLC has also been announced with a September 25th release date, and includes:

I’m all for adding value to a game, but at 800 MS points, or 9.99 for PS3 and PC, it seems to me like paying an extra $30 for DLC less a month into owning a game is a little heavy on the electrons. Perhaps they should be  offering G1 DLC, and simply  included more of the current models within the game itself.

No? Tell us what do you think!