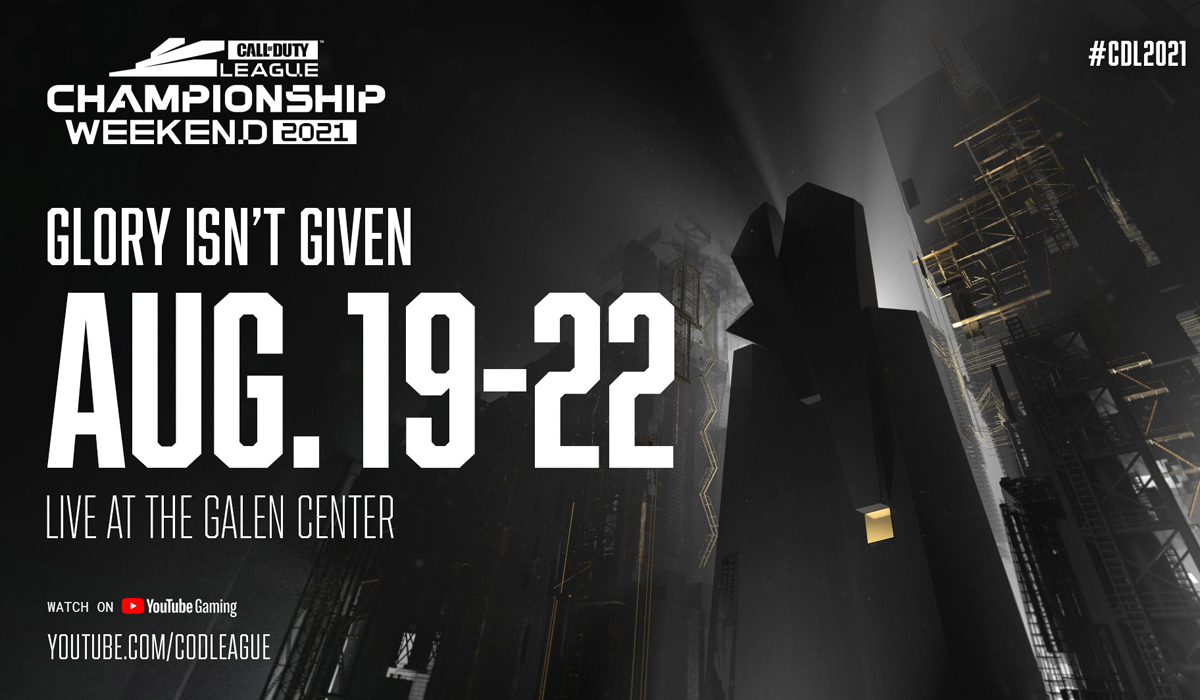 Activision announced Call of Duty League Championship Weekend 2021 today. The event will be from August 19 to 22 at the Galen Center in LA and live on YouTube.

Only the top eight teams qualify for the Call of Duty League Championship Weekend. Each of the eight teams seed into the bracket based on the CDL Points they’ve earned throughout the year at each of the five Stages. The top six teams will seed into the Winners Round. If they lose, they’ll head down to the Elimination Round for a chance at redemption. But it’s one-and-done in the Elimination Rounds, so you better make every shot count or you’re heading home. The top two teams will battle in a best of nine on Call of Duty League Championship Sunday for $1.2 million USD in first-place prizing and the championship trophy.

Tickets will be available July 16.