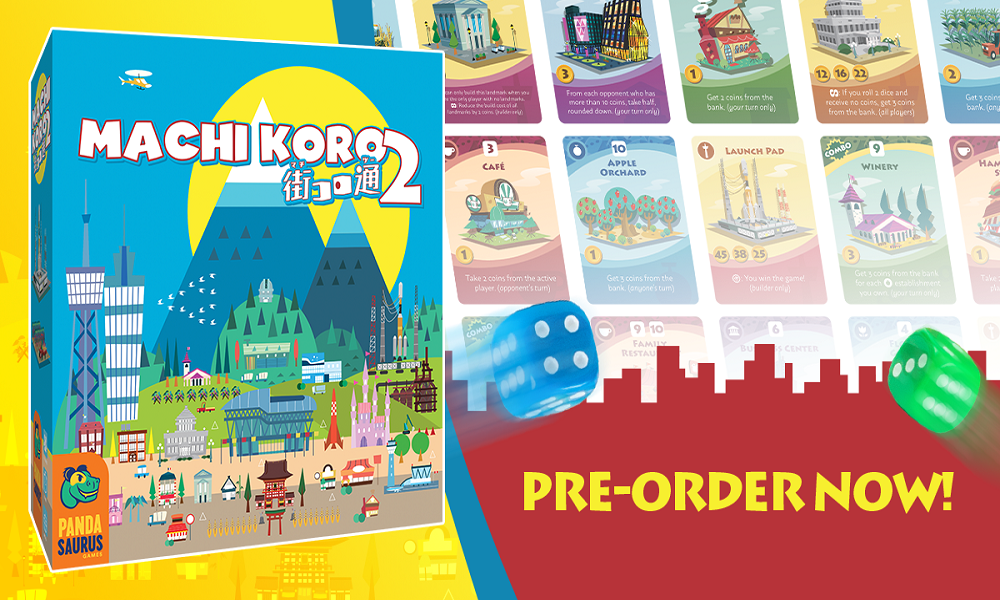 Pandasaurus Games has announced today that the much anticipated sequel to the city-building Machi Koro is now available to preorder. The Japanese smash hit returns with Machi Koro 2 that will have players plan and build their cities to become the next shinning beacon of civilization and see who can generate the most revenue.

“Your favorite lovably quirky city is back at it again! Welcome to Machi Koro 2, where new adventures await, but the bakeries and business centers are still abundant. In Machi Koro 2, veteran players will notice some big changes.

Under the new zoning laws, players receive a limited budget to choose their own starting establishments. The available cards are pulled from three decks and arranged for all to see. It’s a race to grab the coolest new establishments and landmarks in the land!

The cards in this set have exciting, never-before-seen effects. But choose what you build wisely, as your landmarks might also benefit your opponents! With more variety than ever before, no two games will be the same. Machi Koro 2 will have fans visiting again and again!” 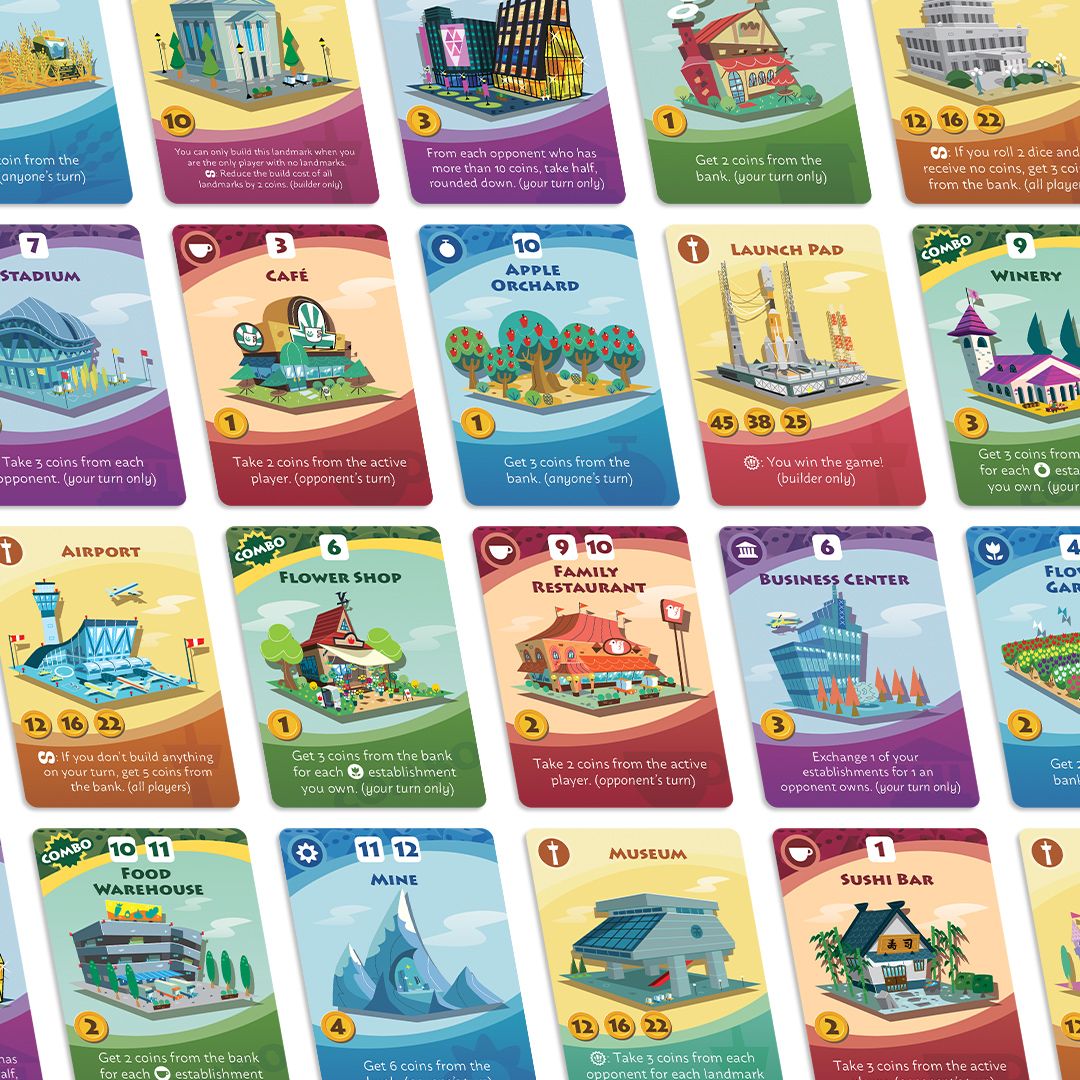 Machi Koro 2 is now up for on the Pandasaurus online storefront and at your local games stores for preorder and will include some exclusive cards that you won’t be able to find anywhere else.