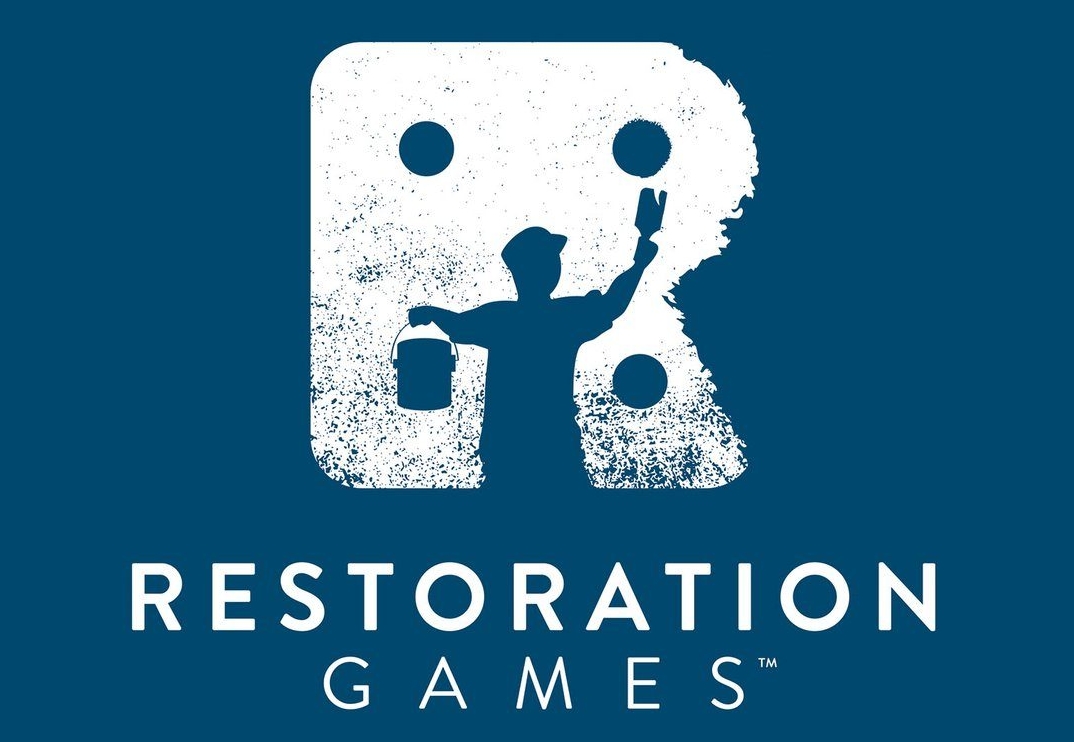 Today, Restoration Games had a press event that showed off some its newest games that will be coming out very soon.  While they kept most of the details of the various games to themselves for larger in-depths down the road, here are some of the highlights from that event: 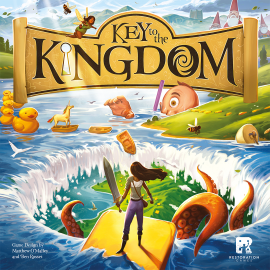 Key to the Kingdom is a family oriented game that takes on the fantasy of vanquishing the demon king that rules the area once and for all. The game looks to be whimsical and light hearted while taking on a Princess Bride like aesthetic. 2-5 players will roll dice and move their game piece across the board with different cards and companions to help them along the way. With around an 1 hour play time for ages 7+, this game promises fun for the whole family and is coming out soon. 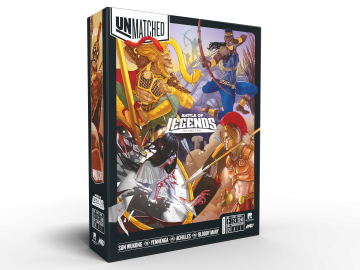 Unmatched: Battle of Legends is coming out with a Volume 2 that boasts 4 new heroes. These heroes include Achilles (the famous Greek Mythological character), Sun Wukong (the Chinese Mythological Monkey Imp), Yennenga (the warrior princess of Burkina Faso), and Bloody Mary (famous from every child’s nightmare and is terrifying in general). These heroes will have special abilities like Sun Wukong and his 3 clones that can each play his card or Achilles sidekick Patroclus that when he perishes makes Achilles go into a rage and take out his vengeance out on his foes. If you want these heroes in your collection then you won’t have to wait long as it will be out in stores later this year. 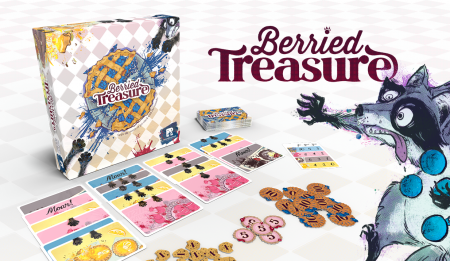 Berried Treasure is another family-oriented game that is most definitely a pun about pies. Players will take on the role of racoons as they break in to a bakery and steal pies away into the night. The goal of the game is to have the most pies by the end of the night and try to steal from other player’s stashes in order to get a leg up on them. However, there is a special rule about ties at the end. If you have the same number of cards as another player by the end of the game then the result is that you both have zero cards. So be greedy but not that greedy. Berried Treasure is scheduled to come out later this year.

Thunder Road Vendetta is a grittier game set in the post-apocalyptic wasteland where players will battle each to be king of the roads. This game is an update from the original that released back in the 80’s that was “loosely” based on the Mad Max series of films. This new revamp takes the tone of the old game and gives it a more grindhouse feel with muscle cars, action, and fire! There will be new drivers, motorcycles and helicopters, road hazards, and lots of fire. They were very emphatic about the fire. You can learn more about rolling dice, taking pot shots at friends, and ramming each other off the road when the game’s Kickstarter launches in October.

While that was a lot of details already, there will be more to come in the near future. For any updates involving these games, or any others, stayed tuned here on Gaming Trend.