Today, Devespresso and Headup Games announced that the upcoming roguelike fantasy game Vambrace: Cold Soul will be available for PC and Mac  on April 25, with console versions of the game being released during Q3 of this year. The game features multi-class combat complete with 2D hand-illustrated graphics and a chilling story.

The King of Shades has cursed the great city of Icenaire. Now cast under a permanent blight of frost fall, its former residents have returned from the dead as mad Wraiths. Survivors take refuge deep underground where they lead a desperate campaign against this unearthly power. Woefully outmatched, they are forced into hiding as the King of Shades amasses an army of the undead above them. One fateful day, a mysterious stranger appears in the city with an enchanted vambrace. Now, she may be their only hope… 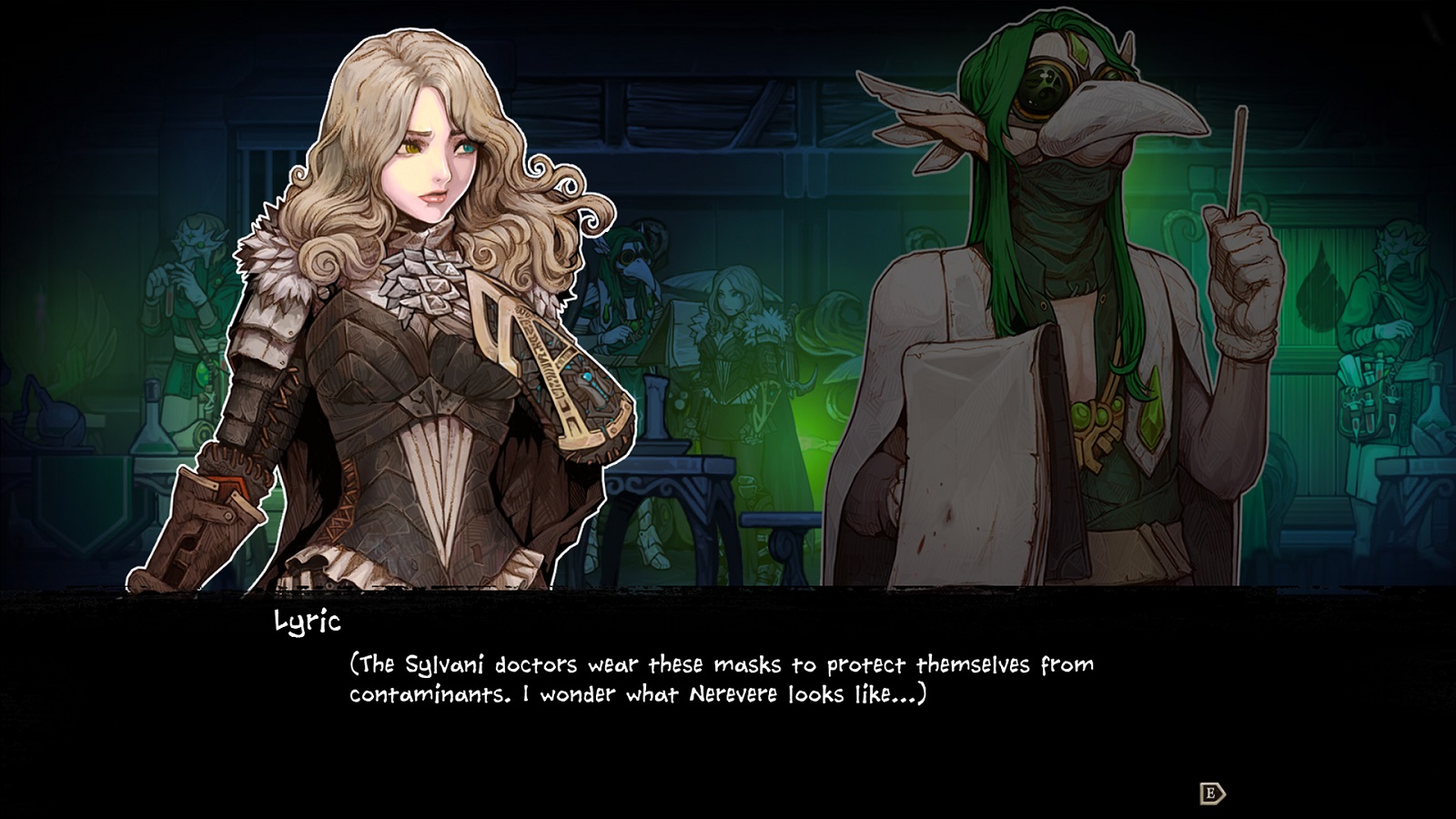 You play as Evelia Lyric, bearer of the Aetherbrace and the only human capable of entering the cursed city of Icenaire. You must choose party members who will lend their unique strengths to your cause. Embark on expeditions and use perceptive allies to avoid traps and strange encounters. Leverage the strengths of fighters and magic wielders to survive deadly combat. Stock well and discover paths that will allow you precious time to recuperate in camps. The surface of Icenaire is cold and unforgiving, so you will need to use every advantage you can muster to survive!