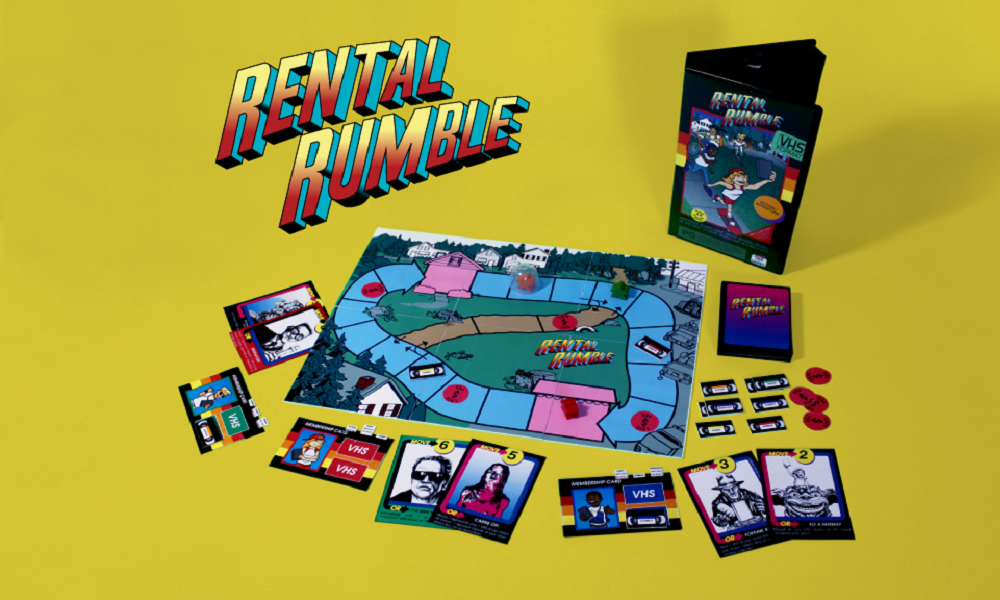 Late Fee Games recently released its Kickstarter for the upcoming party board game Rental Rumble, which will available on Kickstarter until October 13 with a funding goal of $10,000. The game will return players back to the good old days of the video rental store where up to four players will have to compete to return three videos in order to win.

Rental Rumble is live on Kickstarter now raising funds to make this new board game a reality. It’s a celebration of video rental stores and iconic pop-culture movies from the 80s and 90s. Co-creators Jason Furie (BackerKit) and Joshua Herbolsheimer (Super 7) have joined forces to bring the era of Blockbuster Video, Milton Bradley, and pizza rolls back in action. 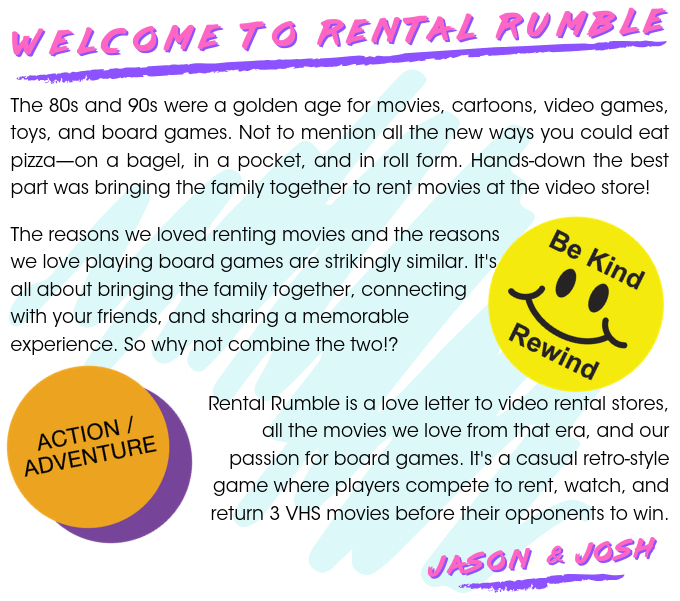 The Kickstarter campaign will run until October 13, and you can secure your copy of the game for $29 plus shipping. Stay tuned for more tabletop news here on Gaming Trend.