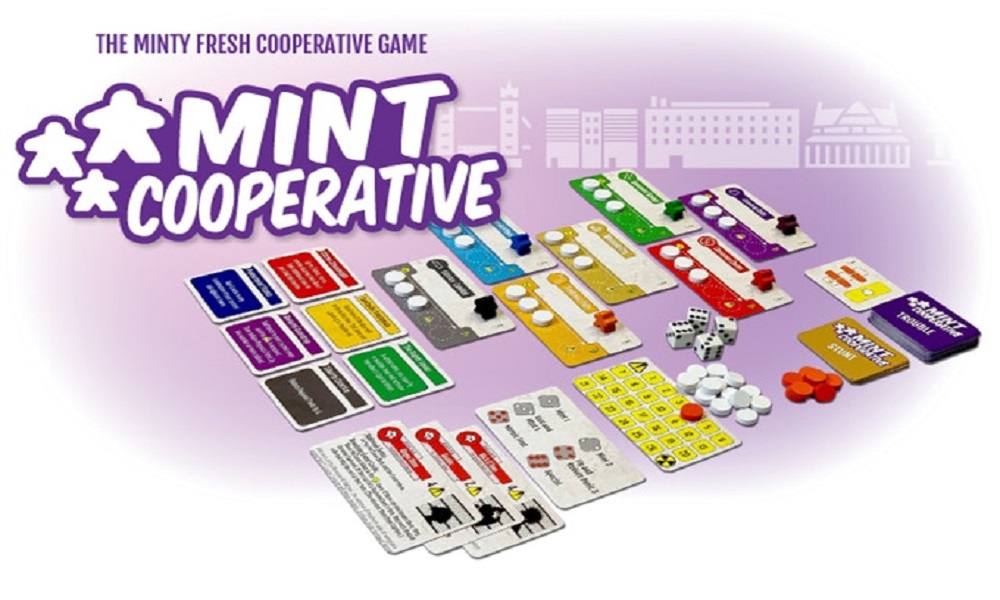 Yesterday, Five24 Labs released the Kickstarter campaign for its newest game Mint Cooperative, which will run until October 4 with an already funded goal of $10,000. The game allows up to four players to cooperate with each other in order to fight various baddies in-game, all enclosed in a micro-sized tin.

Its compact size makes it easy to put in your pocket and take anywhere. Coupling that with its approachable rules, Mint Cooperative is a great tool for introducing new players to the genre of cooperative gaming.

In order to succeed, players will have to survive three mayhem cards from the Trouble deck, with villainous activities occurring if a 4, 5, or 6 is rolled. Players will also use Stunts to try and avoid these perilous actions. For those that want a copy of the game, the Kickstarter is offering one pack for the low price of $10, with add-ons including previous Mint games Mint Works and Mint Delivery. Stay tuned for more news here on Gaming Trend.