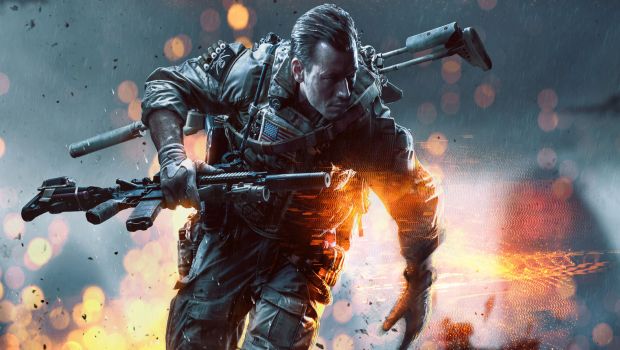 I’ll readily admit that I enjoy the single player experiences in today’s mulitplayer experiences.   I enjoyed Battlefield 3’s campaign, and from what I’ve seen, I’m looking forward to the one in Battlefield 4.   Today we got a bit more detail on that campaign courtesy of the official Battlefield Blog.  Here is a nibble that offers up a some of the setting for the game:

In Battlefield 4, you take on the role of Sergeant Daniel Recker, member of an elite group of soldiers known as Tombstone squad. While on a mission to collect intelligence from a defecting Russian General in Baku, Azerbaijan, your squad is discovered and you must fight your way through waves of Russian troops in order to escape. Upon getting back to the USS Valkyrie, a Wasp class carrier, the intelligence you’ve retrieved confirms previous suspicions. The Chinese Admiral Chang is planning a coup in China, and if this happens, the Russians would back him up.

With this intel secure, the USS Valkyrie sets a course for Shanghai. You and Tombstone squad are sent on a covert mission into the city to extract a group of VIP’s. China is in uproar after the U.S. has been implicated in the assassination of Jin Jié, the future leader and voice for peace in China. Admiral Chang has canceled elections and martial law has been declared. As U.S. and Russian naval forces position themselves off the coast of China, and the situation quickly escalates into a stare down akin to a tinderbox waiting for a spark.

Visit the official blog above for a bit more to chew on, as well as two renders of members of Tombstone squad, callsign Pac and Irish.  Look for our continued coverage as we approach the October 29th release date, followed by the mystery date for next-gen.