The next time one of your friends pesters you to explain the difference between a fantasy world and a fantastical one, give them a look at the original Zeno Clash.  Anyone who claims not to see the distinction between the grim, grimy world of The Witcher and the Salvador Dali fever dream of Zenozoik is seriously trolling you.

Better yet, why not give your charmingly dense friend a look at this post?  Zeno Clash II is on the way, and we’ve got the first screen shots and trailer right here!

Building upon the daring visual design and gratifying first-person fisticuffs of the acclaimed original, Zeno Clash II is bigger, bolder, and better in every way.  Zenozoik comes alive like never before, an open world waiting to be explored, one rendered with breathtaking splendor.  As Ghat, players can fully and freely explore every natural and architectural wonder his world has to offer.  In addition to most of the characters, enemies, and items from the first game–all of which return with dramatic visual enhancement–Ghat can also expect to encounter awe-inspiring new sights, jaw-dropping new creature designs, and wildly creative new weapons and items.

We see a lot of claims of “awe-inspiring new sights” and “jaw-dropping new creature designs” in this line of work.  Based on ACE Team’s designs in the first game, though, I actually think they’re underselling it.  Announcement trailer ahoy!

Zeno Clash II is planned to come to PCs and home consoles via XBLA, PSN, and Steam early next year. 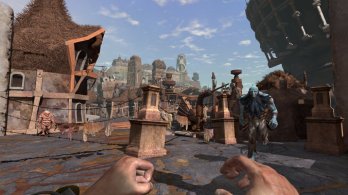 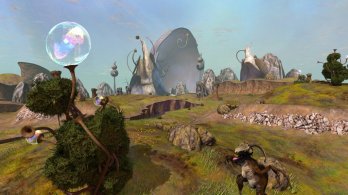 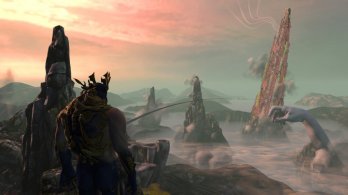