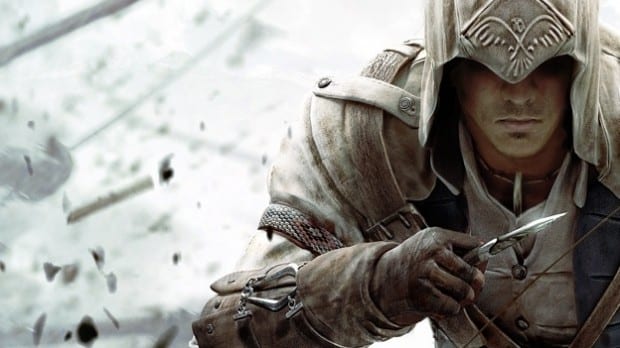 The excitement for Assassin’s Creed III is reaching a fever pitch at this point, and with good reason. The game looks amazing and will feature an improved paranoia-inducing multiplayer similar to what we saw on the previous title. Today we’ve got a trailer to show it off. Here’s what you can expect from the delicious video:

In this Assassin’s Creed III Multiplayer Trailer, get a deeper look into the unique locales, characters, abilities, perks and modes – ranging from classic approaches such as Deathmatch to co-op and team-based modes like Wolf Pack and Domination – that make this the most compelling online experience for the series.

I got to play the multiplayer at E3 and it seemed even more smooth than its predecessor.  Ubisoft has a hit on their hands – I’m sure this game will top many Game of the Year lists, potentially including our own!  Look for Assasin’s Creed III on October 30th for Xbox 360, PS3, and PC, with the Wii U version launching day and date with the hardware.