Another Crab’s Treasure, a soulslike 3D platformer based around a hermit crab, is set to release in 2023 on the Nintendo Switch and PC from Aggro Crab. You can check out the announcement trailer above and read below for more details:

SEATTLE, MAY 11th, 2022 – The ruff tuff team at Aggro Crab, developers of the satirical dungeon crawler Going Under, revealed their next game today during the latest Nintendo Indie World showcase. Another Crab’s Treasure is a soulslike 3D Platformer set in a crumbling underwater world plagued by pollution where you play as a timid but brave hermit crab named Kril. Another Crab’s Treasure is set to release in 2023 on Nintendo Switch and PC.

“I’ve had this game idea about a hermit crab that wears trash as a shell for like 6 years and nobody would let me do it.” said Nick Kaman, Art Director at Aggro Crab. “They would say things like ‘We don’t have the budget’ or ‘You literally just drew a picture of a crab on a paper towel.’ That’s when Kowloon Nights came in with a fat stack of cash and bankrolled this dumb game about crabs eating garbage and fighting other crabs during the end of the world. Now Another Crab’s Treasure is real and there’s nothing anyone can do about it. I love this game.” 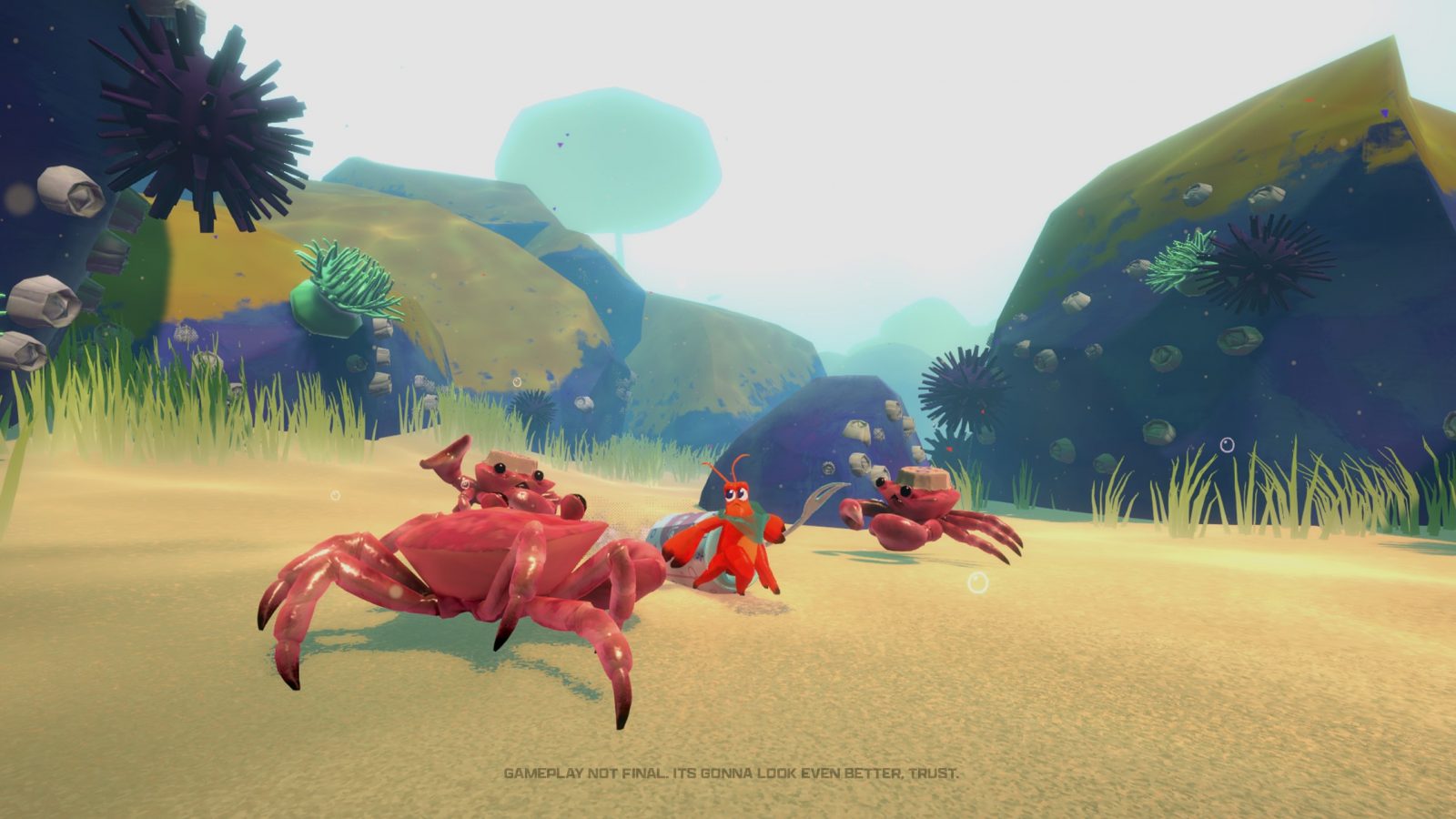 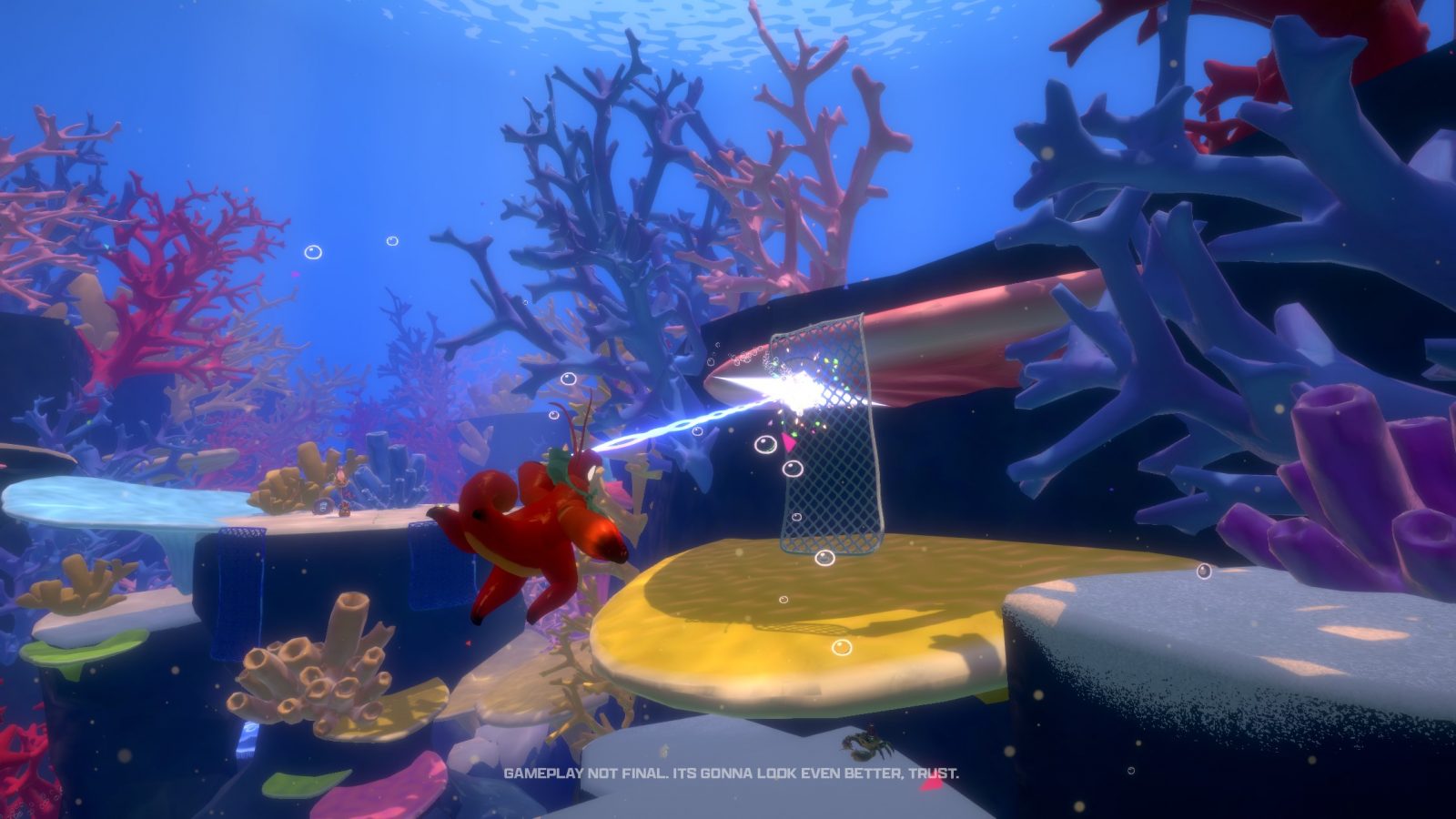 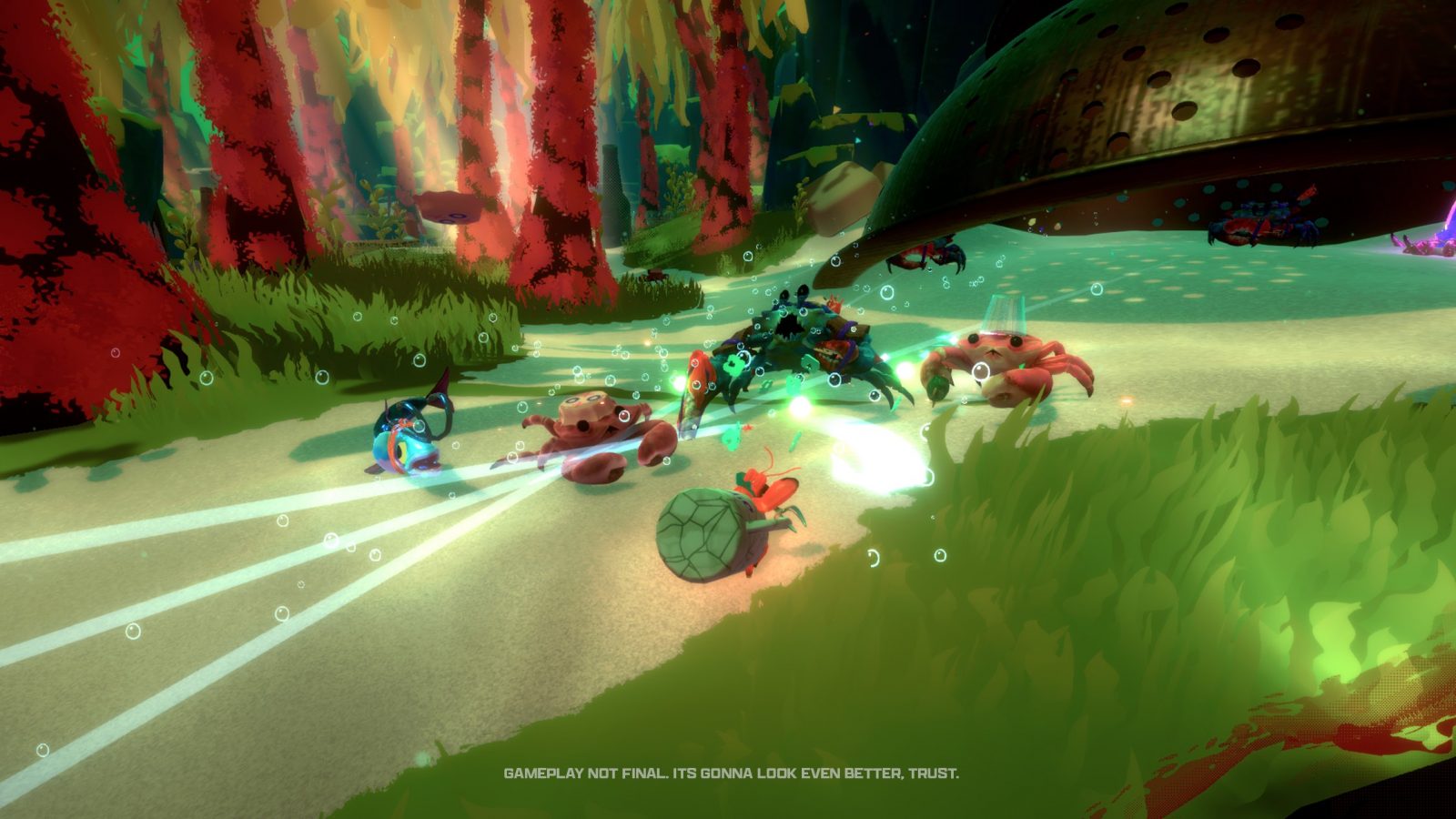 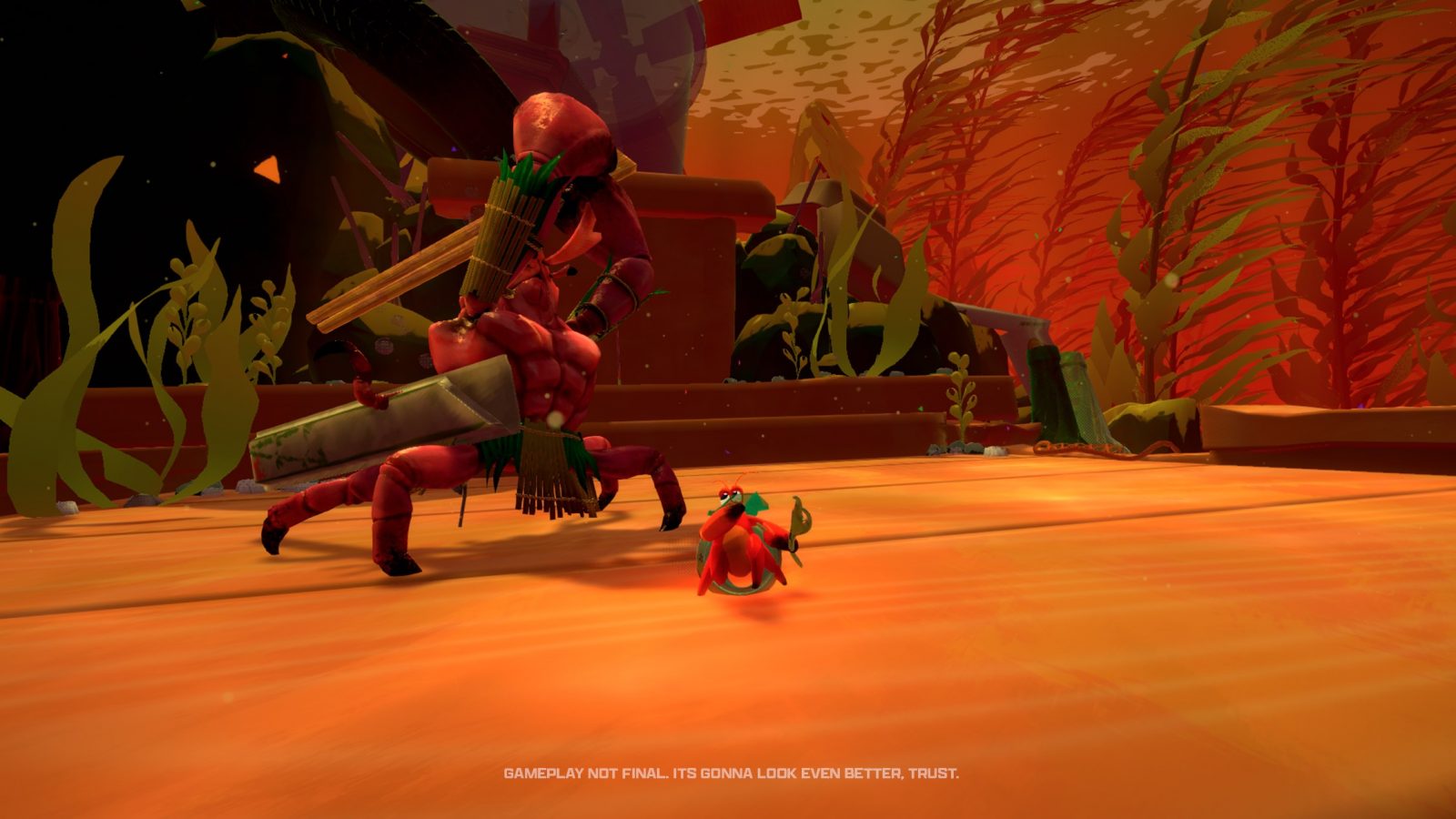 Today’s reveal provided a first look at the gameplay and world of Another Crab’s Treasure. As Kril, players will explore an undersea society that has entered a period of garbage-fueled prosperity, and discover the dark forces of industry and pollution placing it under threat. As a Hermit Crab, Kril often changes his shell to suit his needs, and players will find various pieces of garbage of all shapes and sizes to wear as shells on their epic quest.

“We set out to create a game inspired by the challenge of games like Elden Ring or Sekiro that’s a bit more approachable to people who suck at those games (like us) while still respecting the challenge and threatening atmosphere that makes them so enticing,” explains Caelan Pollock, Narrative Director at Aggro Crab. “We think there’s way more room for innovation in soulslikes than is currently being realized—it doesn’t have to be a grimdark medieval castle every time! Everything from our whimsical graphics to our over-the-top soundtrack to our character-driven storytelling serves to expand the genre in ways we think both longtime fans of souls games and new players will appreciate.”