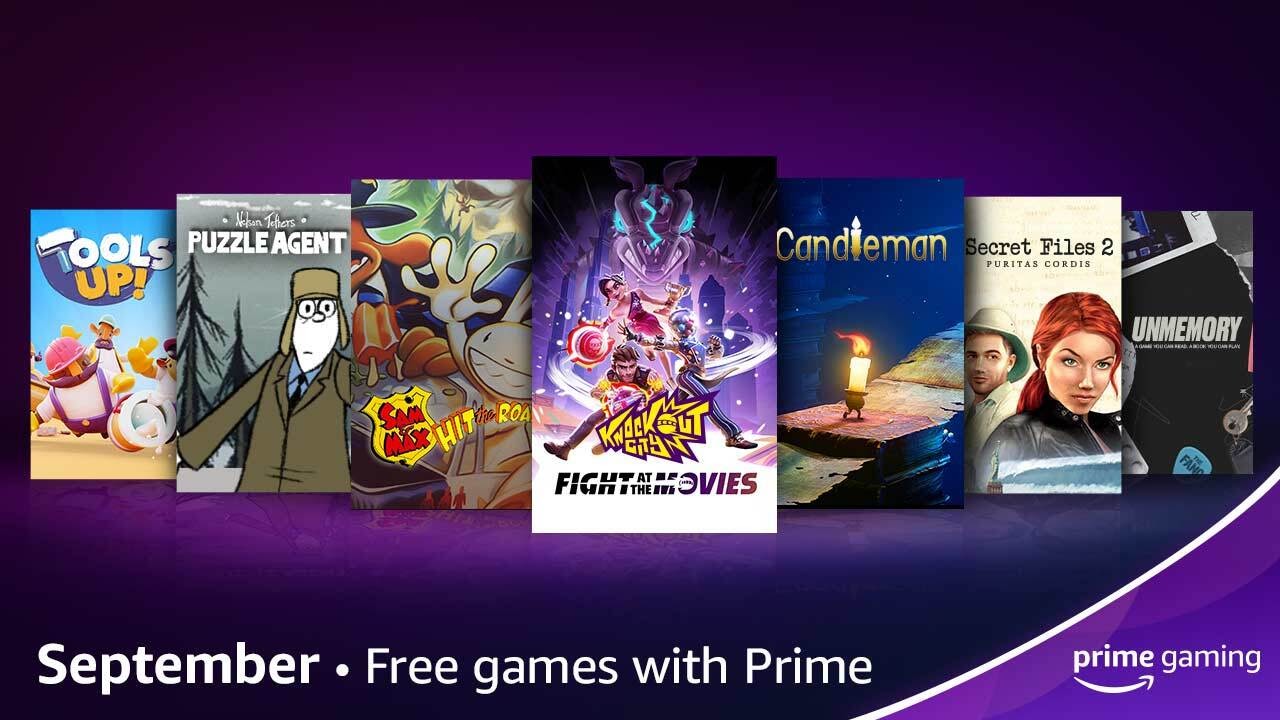 Have Amazon Prime? Did you know that every month you are given access to multiple free games via their Prime Gaming offerings? September’s offerings include seven games. While Prime is a great deal in and of itself, it never hurts to have some free goodies thrown in!

Welcome to the September Prime Gaming content update! Amazon Prime members can celebrate back to school with a selection of free games and content for popular titles, including:

Amazon Prime members can claim these offers for a limited time at gaming.amazon.com. For information on this month’s lineup, as well as the latest and greatest Prime Gaming news, visit primegaming.blog.

September brings new Free Games with Prime titles, including Knockout City and Sam & Max Hit the Road, and in-game content for Brawlhalla, Genshin Impact and much more. Check out the latest video here to get an overview of this month’s biggest offers for Amazon Prime members.

This month’s biggest offers include:

*Genshin Impact – Starting on September 1, players can grab 60x Primogems, 8x Hero’s Wit and 5x Calla Lily Seafood Soup to help rank up their favorite character while adventuring in the world of Teyvat in the widely popular RPG.

*Exciting Free Games with Prime – Prime members can claim this month’s set of popular titles including Knockout City, Sam & Max Hit the Road and more with an Amazon Prime subscription.

*Knockout City – Developed by Velan Studios and published by Electronic Arts under the EA Originals label, Knockout City lets dodgeball enthusiasts duke it out on the court.

*Sam & Max Hit the Road – Grab your nightstick, squeal like a siren, and Hit the Road with Sam & Max, Freelance Police, as they attempt to crack their toughest case in this 1993 2D deranged animated adventure.

*Candleman The Complete Journey – In this unique puzzle platformer, players take on the role of a little candle who can burn for only 10 seconds, exploring a wide range of enchanted environments to seek out the distant glow.

*Secret Files 2: Puritas Cordis – In the sequel to the award winning adventure hit Secret Files Tunguska, the world is on the brink of disaster when players witness a murder and are thrust into the spotlight of events that encompass not only continents but also centuries.

*Tools Up! – Dive into the local multiplayer game where players work together against the clock to host a wild renovation party!

*Unmemory – Explore in the text driven mystery game that mixes puzzles and reading to immerse players in a noir thriller.

Amazon Prime members can look forward to even more great content throughout the month of September, including new in-game loot and content drops for Brawlhalla, Red Dead Online, Apex Legends, Fall Guys and more! Be sure to check out the full lineup at gaming.amazon.com.

September 28 Red Dead Online – Reward for a free Vitalism Studies Pamphlet of your choice, 50% off an Established or Distinguished Naturalist Role item

For the latest on content, offers and sweepstakes, visitprimegaming.blog or follow the official Prime GamingTwitter,Facebook andInstagram accounts.